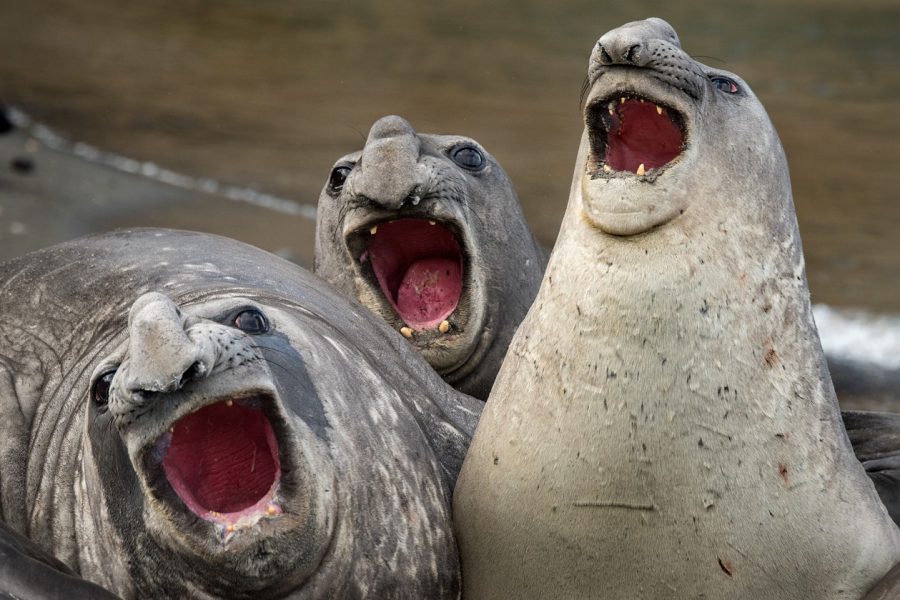 Prepare to howl like a hyena, cackle like a crow,  and…err…laugh like a human: the Comedy Wildlife Photography Awards Finalists have been announced! Now in its third year, the competition once again sheds light on the hilarious side of animal behaviour – with this year’s finalists set to raise the smile-shaped stakes.

“Conservation was always at the heart of the competition,” said Sullam, “along with the fact that people seemed to enjoy images of animals doing entertaining things!

“But essentially living in a country that has some of the best wildlife in the world – Tanzania – and seeing how destructive human actions can be to this wildlife, made us want to do our little bit to help.”

This lead to the creation of the awards to raise awareness, focusing on the humourous moments in nature captured by photographers with an eye for the funnies.

2017 proves to be no disappointment from the previous, with top entries including a grooving kangaroo, a mustachioed hare, and a gorilla locked in a twisting gurn. Selected from more than 3,500 entries across a whopping 86 countries, these gems are guaranteed to make you smile.

Judges alongside the organisers include wildlife TV presenter Kate Humble, wildlife photographer Will Burrard-Lucas, actor and comedian Hugh Dennis, and more. The judges are looking not only for maximum hilarity, but top-draw technical skills.

The winners will be announced December 14th, but for now take a look at the finalists below: