Winners of Environmental Photographer of the Year 2016 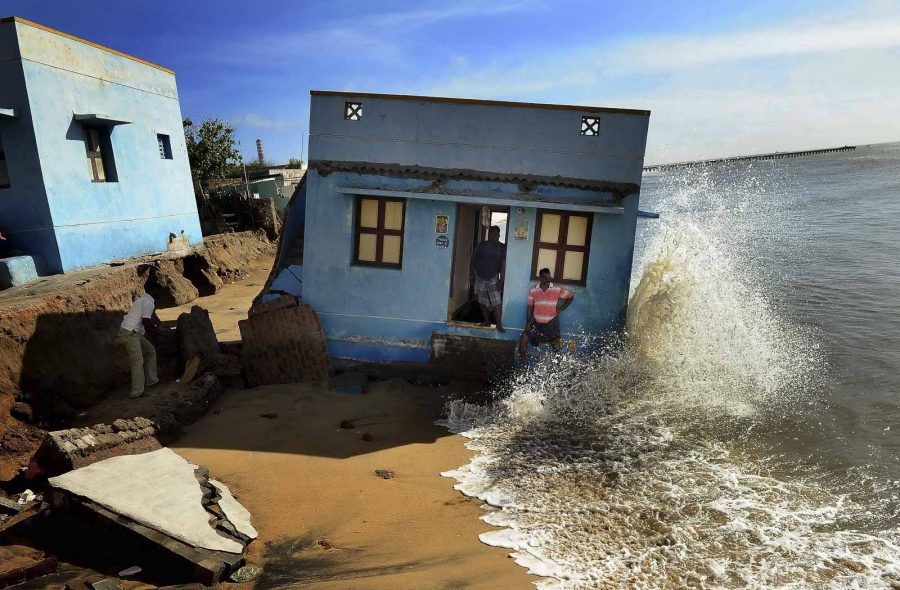 Home » General » News » Winners of Environmental Photographer of the Year 2016

Launched by CIWEM, the Chartered Institution of Water and Environmental Management, the Environmental Photographer of the Year competition was created to enable photographers to share images of environmental and social issues with international audiences. The competition plays a vital role in enhancing our understanding of the causes, consequences and solutions to climate change and social inequality, and is now one of the fastest growing photographic competitions in the world. The 2015 exhibition attracted a wide international audience through features in publications such as The Guardian, The Telegraph, The Times, the Independent, New Scientist, BBC Global, and Le Monde Afrique.

The Environmental Photographer of the Year 2016 is awarded to Sara Lindström for her imposing photograph ‘Wildfire’. Swedish-born Sara picked up photography while studying in South Africa, and is now based in the Canadian Rockies. Her projects have seen her travel across more than 50 countries, capturing the beauty of the more remote corners of the earth. “It was an exceptionally warm day in July in southern Alberta when I came across this massive pinkish smoke plume rising high towards the sky. The big flames were thriving on the dry land and had me completely mesmerized in fear and awe.” She wins the prestigious title of Environmental Photographer of the Year and £3,000.

The winning photographs and film will be among 60 works on display at the Royal Geographical Society in London from 29 June to 21 August 2016. The exhibition will then tour to Grizedale Forest, supported by Forestry Commission England, from 3 September 2016 until 1 January 2017.

Established in 2007 and sponsored by Atkins, one of the world’s most respected design, engineering and project management consultancies, the Environmental Photographer of the Year competition provides an international showcase for the very best in environmental photography and film, by both amateurs and professionals. The competition aims to inspire a global audience to think differently about contemporary social and environmental issues, including sustainable development, pollution and human rights.

Luke Massey is awarded the Young Environmental Photographer of the Year 2016 for his bold photograph ‘Poser’. “Peregrines were extirpated in Illinois in the 1960s but in the 1980s a reintroduction programme began and now 22 pairs nest in Chicago alone”, he explains.  “One pair have chosen a Chicagoan’s condo balcony as their nest site and in 2015 I followed them as they raised 4 chicks to fledging.” Described by naturalist and broadcaster Chris Packham as an ‘exceptional young man’, Luke dedicates his photographic skills to drawing attention to the plight of wildlife under threat. 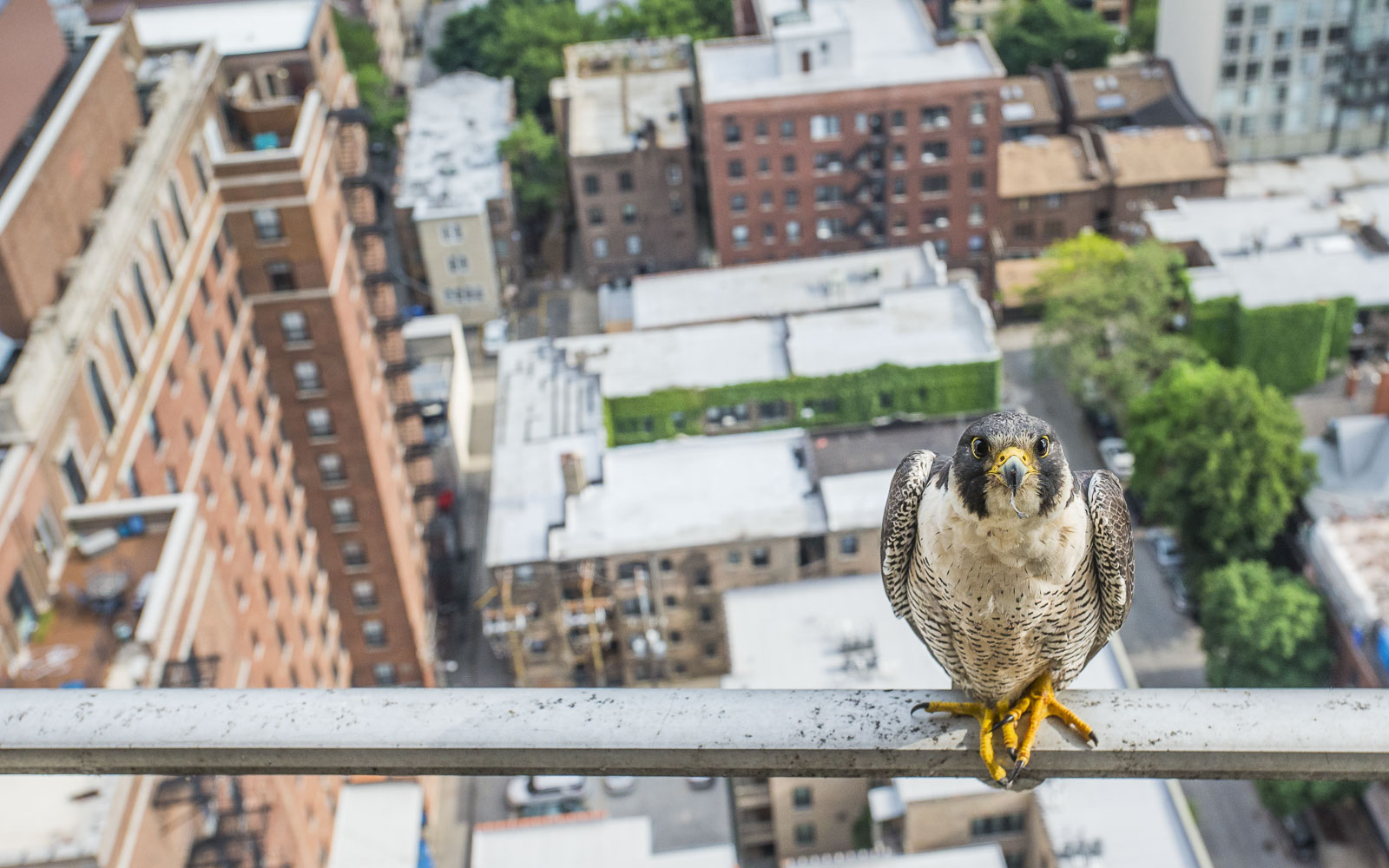 The Environmental Film of the Year 2016 goes to Sergiu Jiduc for his film ‘The Karkoram Anomaly Project, Pakistan’. Jiduc’s film documents the surging glaciers observed in the world’s highest mountain range, and the subsequent devastation caused by the little understood ‘Glacial Lake Outburst Floods’. Within his film, Jiduc highlights a climatic anomaly that has led to tsunami size waves taking the lives and destroying the settlements of the Balti people, the inhabitants of this remote region.  The judges found that the film balances beautifully a scientific understanding of the critical issues whilst developing a sincerely empathetic humanitarian stance. Jiduc himself stated that the research within his film “…could help gauge the future availability of water for hundreds of millions of people as well as to provide insights on how glaciers will change in the future. But most importantly, mapping and quantifying the risk of GLOFs (Glacial Lake Outburst Floods) in the area could save thousands of lives”.

Indian photojournalist SL Kumar Shanth collects the Atkins Built Environment Award 2016 for ‘Losing Ground to Manmade Disaster’, which depicts the damage being wrought on the coastline at Chennai, the biggest metropolis in Southern India, by a combination of man-made and natural forces. “Shanth Kumar’s photograph acts as a powerful reminder of the potential risks at stake when human actions disrupt natural processes, particularly in areas of rapid and unplanned urban expansion. By 2050, it is expected that 75 per cent of the world’s population will live in cities, with 95 per cent of that expansion anticipated to occur within developing countries. For cities to experience such rapid and large scale development, yet still provide its users with the appropriate infrastructure, will be challenging, especially when combined with additional environmental, social and economic changes. The image highlights the challenges facing many areas of our world at the moment, the urgency to overcome them and the need for informed decision making if we are to successfully future proof our cities.” – Janet Miller, Cities and Development Director, Atkins.

The CIWEM Changing Climate Award 2016 is presented to Sandra Hoyn for her moving photograph ‘Life Jackets on the Greek Island of Lesbos’. Hoyn, a German photojournalist, concentrates on social, environmental and human rights issues. Her winning photograph depicts the discarded life vests used by refugees to cross to Greece from Turkey, and hints at the enormity of the crises and dangers faced by the refugees. “This image depicts the major humanitarian crisis of our time, each of the life vests representing a refugee and their journey. A very direct manifestation of climate change is the increased pressure on the supply of drinking water to all parts of the world. A failure to supply or maintain water supplies to communities, or indeed to address other climatic extremes, would lead to humanitarian crisis, war and migration on an unprecedented scale. This image serves as a warning and reinforces the need for us to act now and think globally” – Terry Fuller, CIWEM Chief Executive

Pedram Yazdani wins the Forestry Commission England People, Nature and Economy Award 2016 for his arresting work ‘Sand’. “The Salt Lake Urmia could be a symbol of what will happen soon to Iran – it is going to be dried out”, explains Yazdani.  “The biggest salt lake in the Middle East, it now contains only ten percent of the original amount of water, as a result both of climate change, and of dam and well construction.” Ian Gambles, Director, Forestry Commission England, comments: “The extraordinary Atkins CIWEM Environmental Photographer of the Year exhibition offers us an opportunity to witness a global selection of images that help us to reassess our human connection to the natural world. The power of these images is in enabling us to engage with subjects that are often already all too familiar, but remain urgent. I am proud to select Pedram Yazdani as the Forestry Commission England People, Nature and Economy Award Winner for the photograph ‘Sand’. This arresting image of The Salt Lake Urmia in Iran encapsulates the dramatic impact land management decisions can have on our environment, and how critical it is to get them right.” – Ian Gambles Director, Forestry Commission England 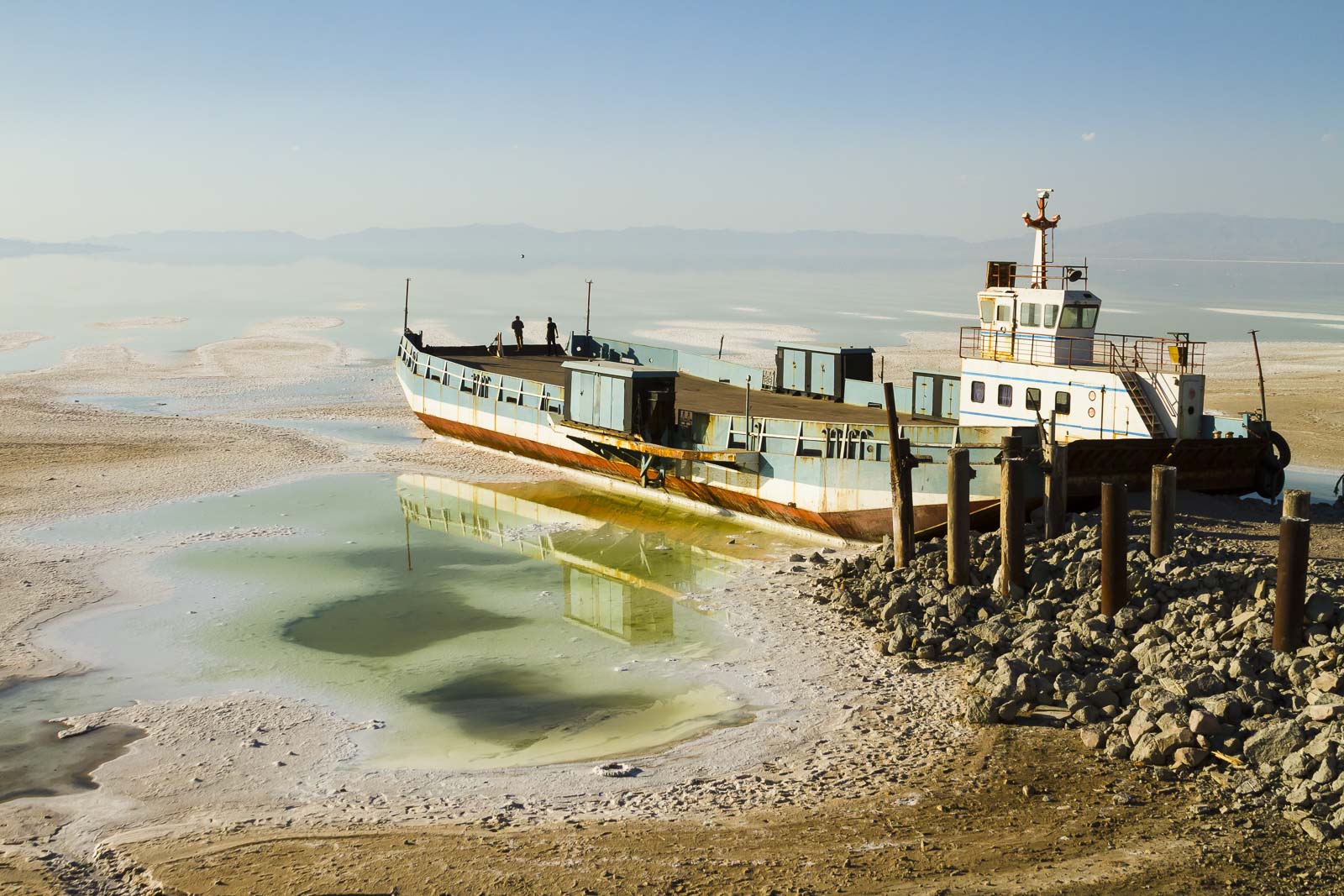