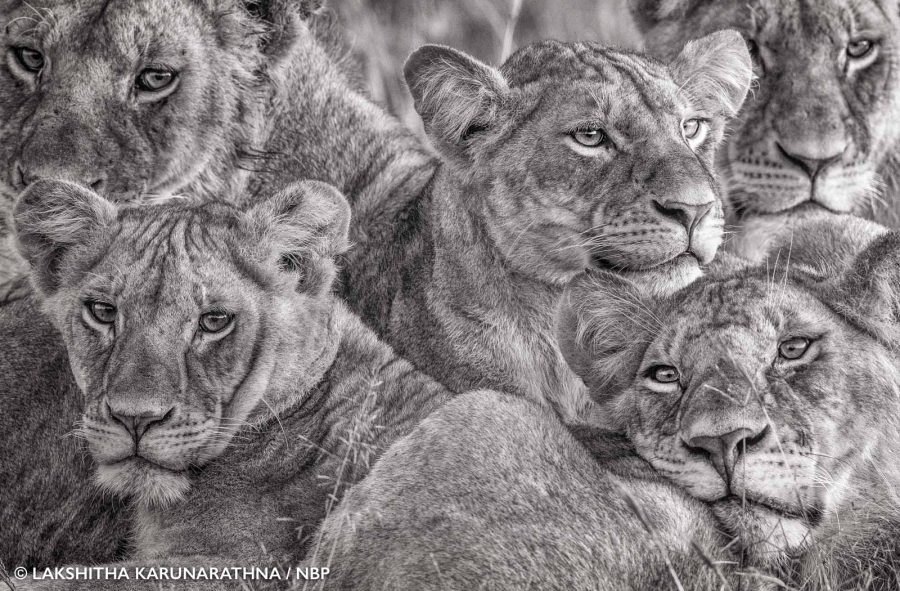 Out of more than 26,000 entries submitted to the 2017 Nature’s Best Photography Windland Smith Rice Awards, 60 images were selected to showcase the work of outdoor photographers from 59 countries. United by their creativity and technical skill with a camera, these artists of all ages and experience share visions of nature to inspire its preservation.

Named after nature photographer and conservationist Windland Smith Rice, the annual Nature’s Best Photography Awards exhibitions present fine art prints accompanied by an HD video. Not only may millions of visitors enjoy these extraordinary photographs and the diversity of flora and fauna they represent, but the competition is also open to the public for submissions.

The next competition will open soon on November 1st, 2017. The annual competition is open to Professionals, Amateurs, and Youth 18 and under.

The 2017 Fall issue of Nature’s Best Photography magazine has the complete collection of 114 Windland Awards Winners and Highly Honored images in 10 categories.

Without further ado, here are the category winners this year. Congratulations to all involved! 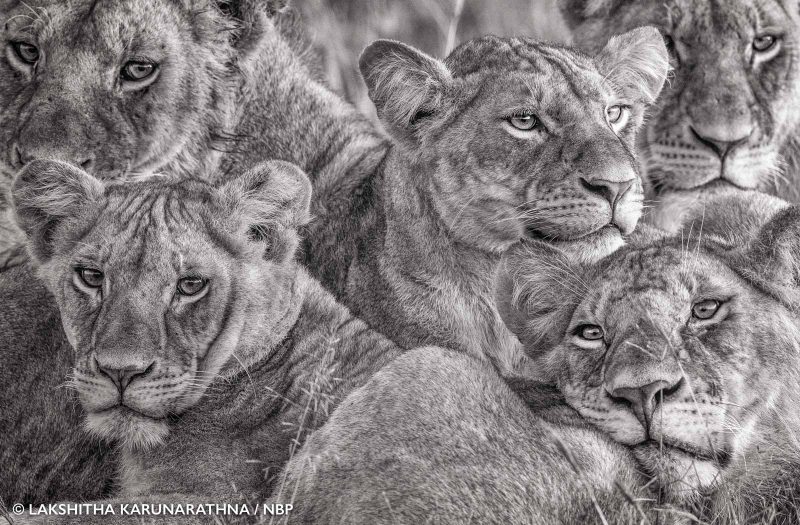 “It was early morning in the Great Rift Valley as we searched for a famous pride of lionesses. Since it was very cold, the females were piled on top of each other, forming groups and staying close. This particular set grabbed my attention because they were staring glassy-eyed in different directions. I wanted to capture all possible details in the frame with a tight crop to make a striking black and white conversion.”

Youth Photographer of the Year

“During a trip last June to Alaska’s Lake Clark National Park,  I spent time with a mother brown bear and her two playful yearling cubs. When the sow refused to pay attention to their constant badgering, they began biting, chewing, and wrestling with each other over the sedge grass meadows. These siblings tussling gave me hope that they were learning necessary survival skills.” 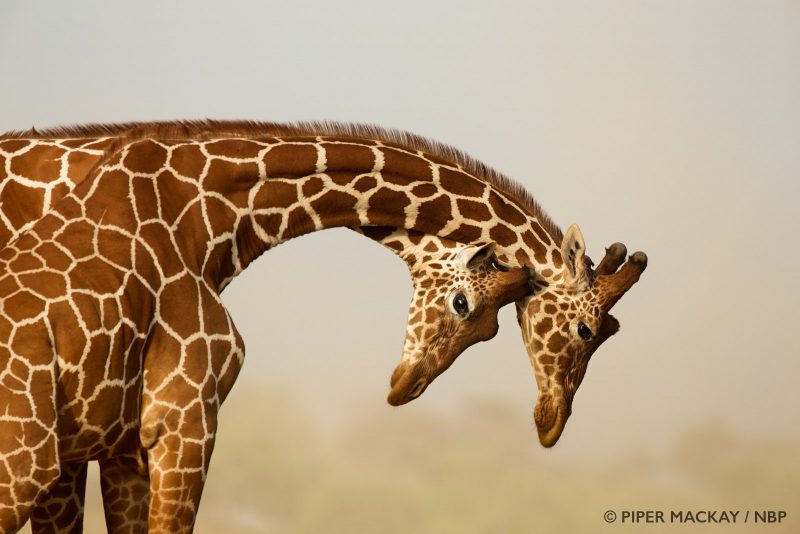 “While driving across stunning landscape of Samburu National Reserve in Kenya, we came across five pairs of young giraffes ‘necking’ for dominance. Necks were swinging in high arcs, delivering thundering blows to their opponents. Although the image may look simple, it was extraordinarily challenging to frame the shot and click the shutter as they moved erratically.”

“My interest in documenting Canada’s Kermode bear and the pristine Great Bear Rainforest began in 2011, when I found out about a proposal to build a pipeline through the area. Along with other environmental organizations challenging the plan — the International League of Conservation Photographers and Pacific Wild, just to name two — my goal was to help bring awareness for the protection of the rich ecosystem and this rare animal.” 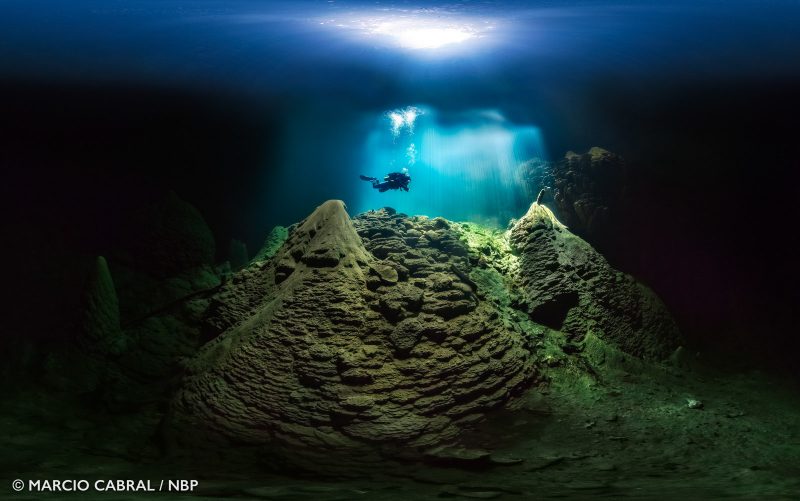 “One must rappel about 235 feet (72 m) to get down into this deep lake in Brazil’s Anhumas Abyss. The photo was taken at a depth of 50 feet (15 m). It was a challenge to create the image because of the high contrast, plus the diver could not see into the darkness, making communication impossible.” 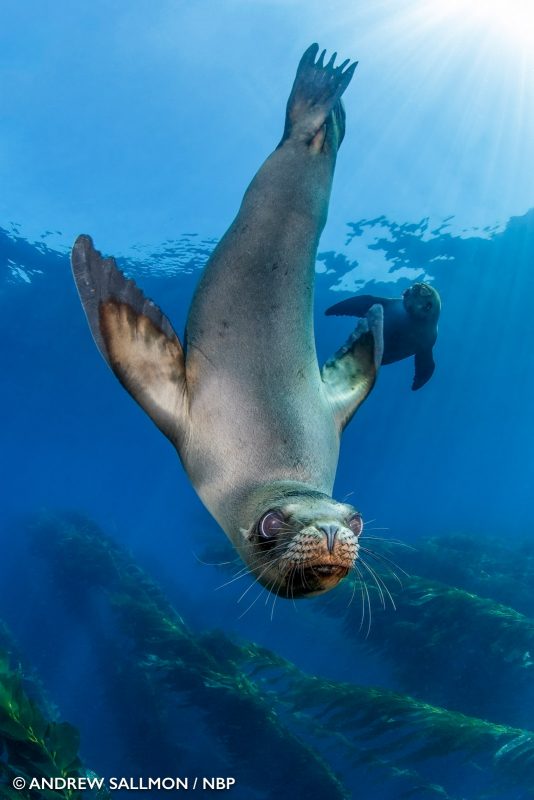 “At the end of our dive in the Channel Islands National Marine Sanctuary in California, five young sea lions entertained us with high-speed passes and cavorting. This individual briefly stopped and held an inquisitive pose, with the clear blue water and kelp in the distant background.” 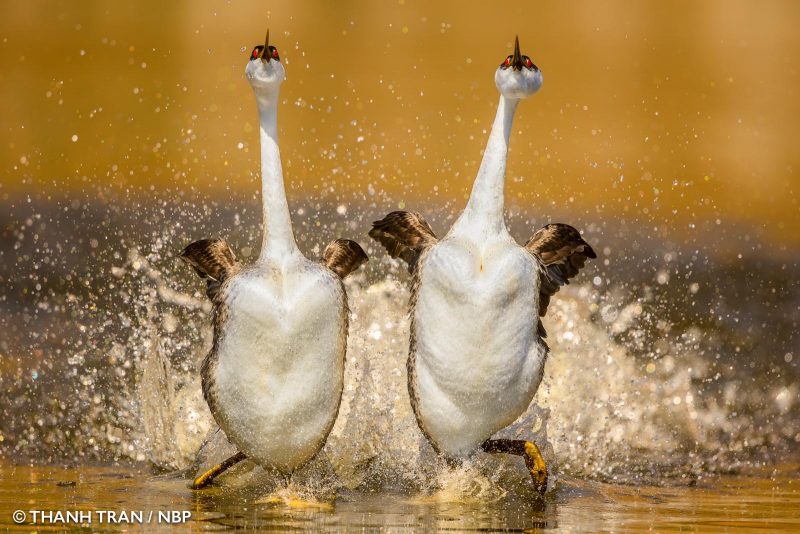 “I waited for hours hoping to capture a western grebe pair perform their ‘rushing ceremony’— the courtship dance in which they choose each other as their mate. Then, with their curved necks held high, the pair rose to their full height and sprinted across the water toward me. It was an explosion of beauty I will never forget. Through my image, I hope others will feel the same sense of awe I felt when I beheld this spectacle.” 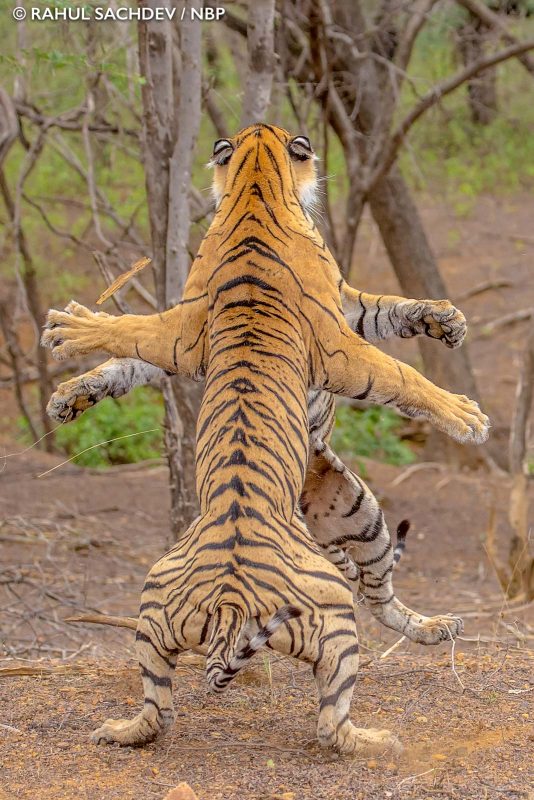 “On a visit to Ranthambhore Reserve in India, I was tracking  a family of three sub-adult Bengal tigers and their mother. About 20 minutes before we were leaving for the day, the family made an appearance. With the cubs almost full grown, they were starting to show signs of aggression toward each other, a behavior not uncommon between tigers learning to stake out their territory. This dramatic scene happened right in front of our vehicle; I am glad to have captured it. We anticipated the fight based on their behavior and body language.” 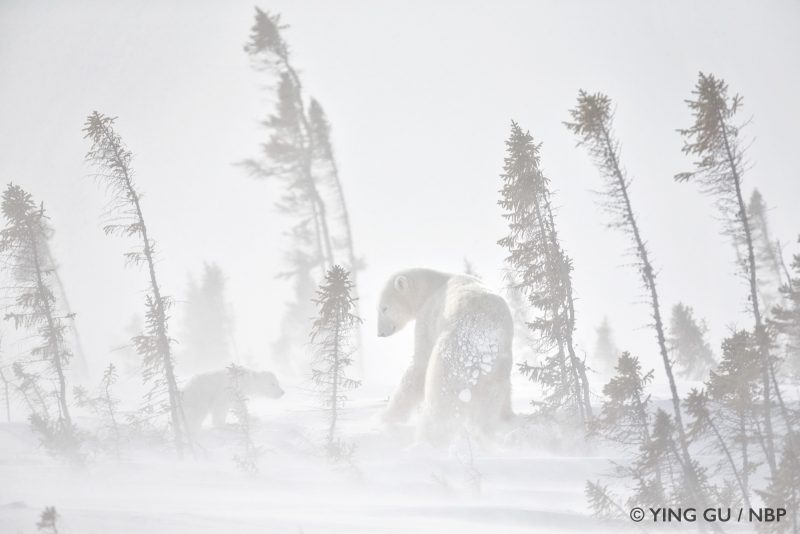 “While on  an expedition to Canada’s Wapusk National Park, I saw this polar bear mother and her young cub emerge from the breeding cave. Setting out on a journey to search for food, they had to withstand wind, cold, and hunger. With today’s global warming, the parameters of the polar bears habitat are gradually shrinking, making conditions severe.” 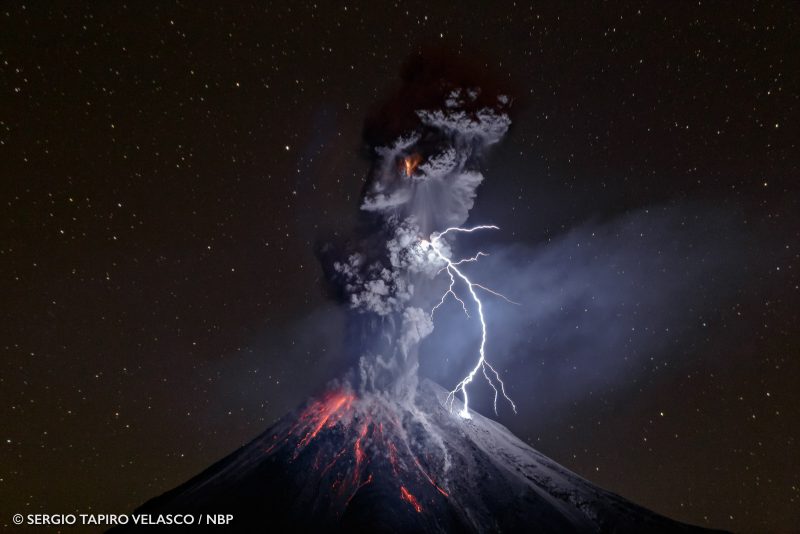 “In December  of 2015, I was set up eight miles away from Colima Volcano to record some activity. That night, there was incandescence over the crater –– a signal that something was about to happen. An ash column began to emerge, rock falls and minor lava flows appeared, and a massive lightning strike brightened the whole scene. This electrical activity, called a ‘dirty storm,’ occurs when ash particles in the volcanic plume collide, producing static charges. After 15 years of constantly documenting this volcano, I finally captured the power of nature  in one image.” 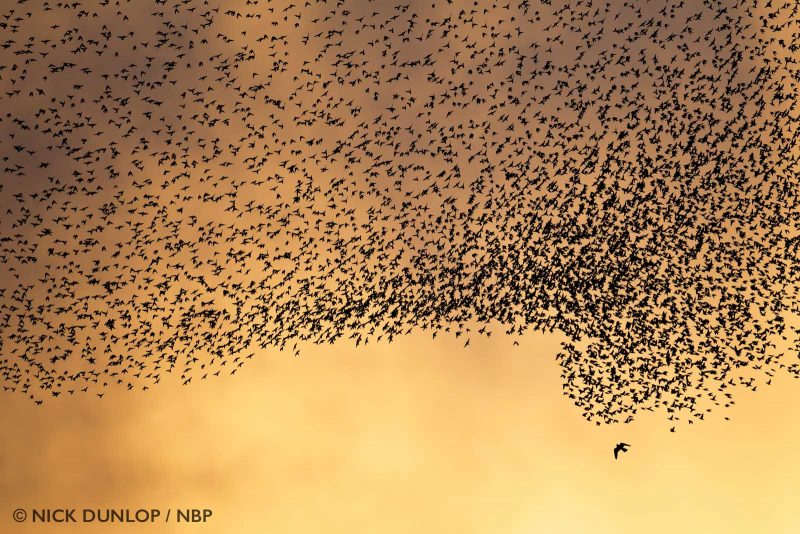 “During the fall and winter months, large flocks of European starlings attract peregrine falcons looking for prey. When a falcon appears, it can create an amazing visual. Instead of staying on the ground for protection, the flocks rise together and fly in a tight formation that looks like a swirling black cloud. These constantly changing shapes can often be seen from miles away in an amazing spectacle of nature.”

See the full galleries of winners and runners-up on the Nature’s Best website.