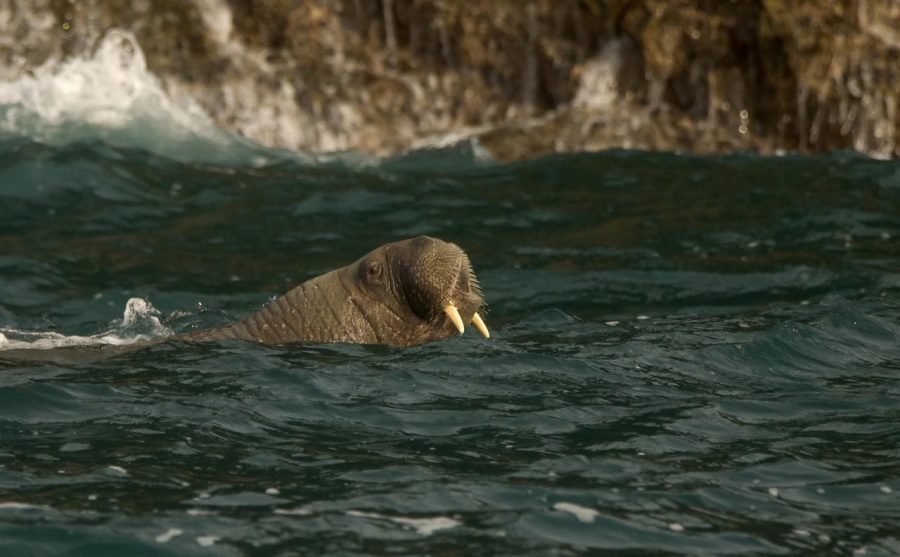 Holidaying in Britain since mid-March, Wally the Walrus has seemingly seen enough of Wales and has now turned up in Cornwall.

Typically found far north in the Arctic, it is believed that the walrus fell asleep on an ice floe – before waking up off the Welsh coast. Wally has been attracting crowds in Tenby since its arrival, where it picked up its nickname, but has now moved further afield.

“We saw her and believed it was a big seal until later when she came closer and we got a shot of those tusks,” writes Barry on Instagram. “It’s more than likely just passing and I won’t be giving out any full locations… we never want to cause disturbance to wildlife.”

This is the first time a walrus has ever been recorded in Cornwall, and will no doubt continue to attract large crowds should it stop off on its travels.

It is important to remember to give ample space to animals such as Wally, both for the safety of the individual and ourselves, and enjoy the view from a respectable and appropriate distance.