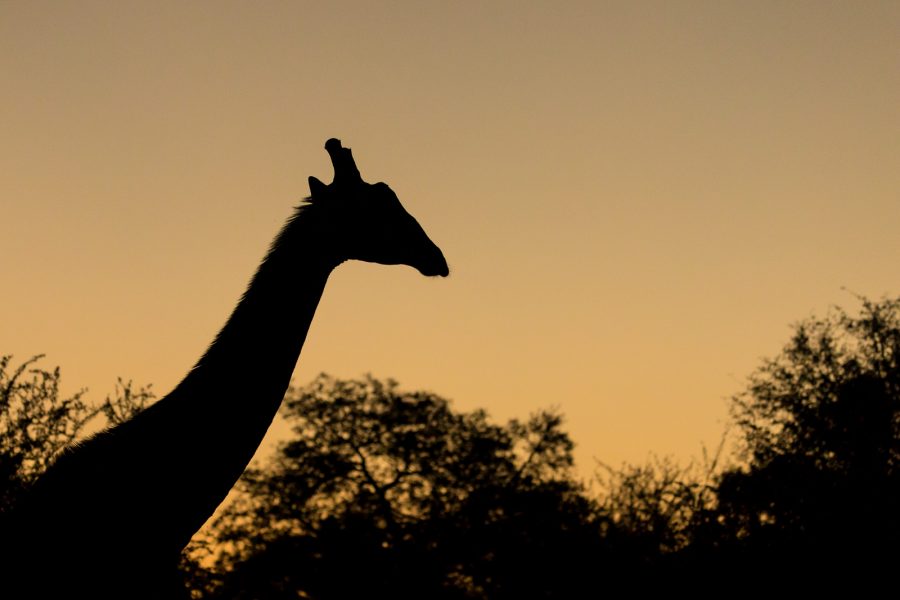 South Africa is famous for a number of reasons. Some of them are good, and some of them are bad. For example, white and black rhinos can be found in the country, attracting photographers from around the world to enjoy them in the wild. However, this fact also attracts poachers and fuels the sale of rhino horn on the black market. There are a lot of organisations and individuals trying to combat this – each in their own way – and one such group is African Impact.

African Impact is an organisation that works across Africa, but in South Africa specifically they have a strong conservation program that focuses on supporting work to conserve rhinos and the ecosystems they live in. I was recently invited to go and join them for a couple of weeks, and I was really impressed with the work they do out there.

Voluntourism has suffered from some bad press recently, thanks to organisations that just want to grab the money and run. It’s safe to say that I was sceptical about the real conservation effort that was behind the volunteer program offered by African Impact, but soon after arriving any worries were a distant memory. It’s clear that all the staff on the ground at the lodge, located in the Greater Kruger National Park, and incredibly passionate about what they do.

There were 3 different programs running whilst I was there: photography, research, and community work. A lot of the programs overlapped in some way, and each program had its own unique take on conservation work. I joined the photography program: an intense 4-week workshop for anyone looking to improve their photos out in the bush.

The photography project is run by Samuel Cox and is a great crash course for amateur photographers. It’s targeted to those in the first year of their photographic journeys. In fact, when I was visiting there were a couple of complete beginners. The first images they took on day one definitely showed room for improvement but, with just under a week of training with Sam, they were soon taking really great images.

During the 2-weeks that I was staying there, we took part in a number of game drives throughout the week. The local reserve plays host to a lot of general game, and there are also leopards and hyenas stalking the trails at night. The ostrich, zebras, giraffe, and buffalo were great subjects for photography. Not to mention the white and black rhinos which were seen regularly. 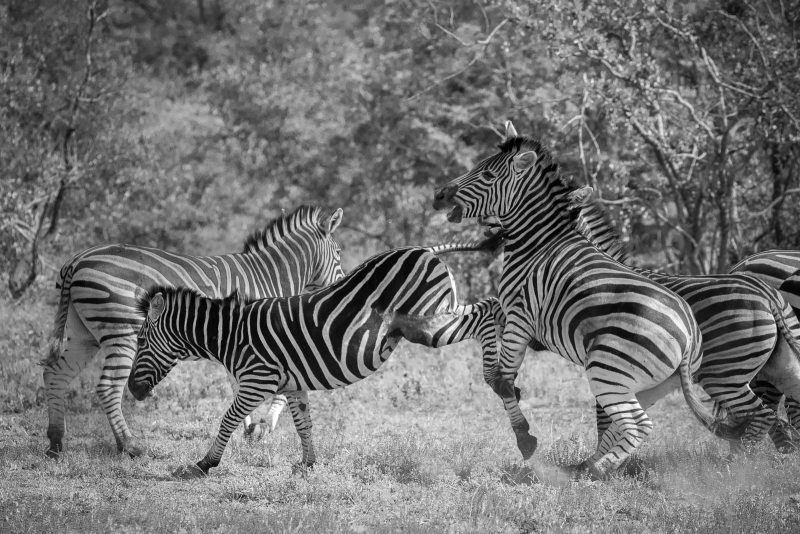 Once each week, the group would visit another reserve on an overnight camping trip. This is definitely one of the more magical experiences you’ll have out there with African Impact, as you really are in the wild. One night we had to retreat to the safari truck as a heard of around 30 elephants moved through camp whilst we were eating dinner. The campfire was out, leaving just the full moon to light up elephants wandering around us. One individual approached the truck, within metres, reaching out with its trunk to catch our scent. It was a truly incredible moment.

There are a number of night drives undertaken too, allowing you to experience the nocturnal wildlife in South Africa. Whilst this can be tricky for photography, Samuel is on hand to help you make the most of your camera’s abilities to shoot in the dark. There’s also a spotlight which helps to add light to the scene, removing the need for flash (which is strictly forbidden).

For me, my favourite experience was waking up from camp and moving out into the bush early one morning. One of the group spotted an eagle in a tree, although it wasn’t the most photogenic opportunity so I waited to move on. But underneath the eagle, through a gap in the bush, there was a big grey lump just sitting there. On closer inspection we found it to be an adult white rhino and a calf, so we approached slowly. We were early enough that the rhinos were still sleeping, leaning up against a termite mound. 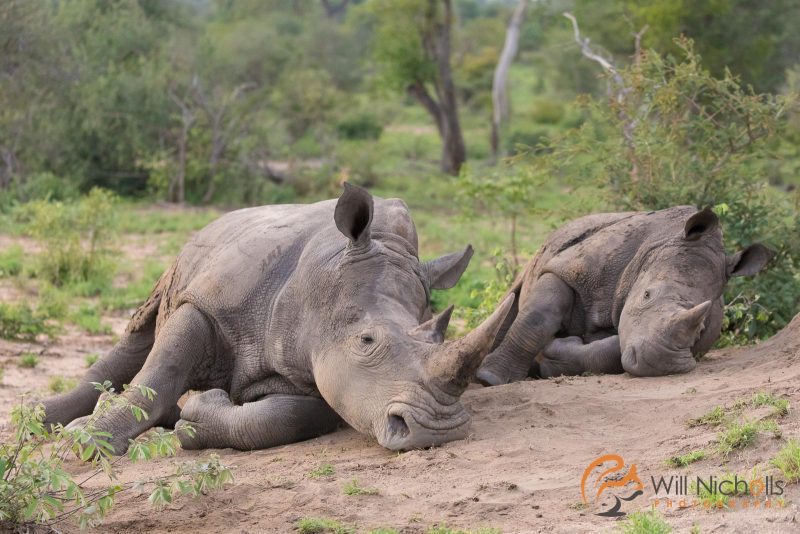 Seeing an opportunity for a more unusual sequence of the rhinos, I fired off a number of frames and different compositions. The expressions on the rhinos faces were priceless – they looked so bored. Not only that, but they were huffing and sighing, blowing up the sand around them. 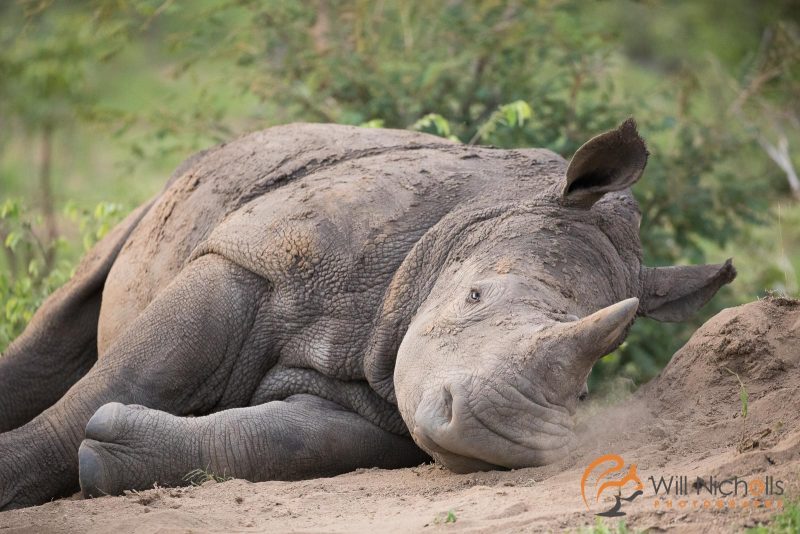 The sequence was complete when the adult stood up and actually yawned! A behaviour the guide said she had never seen before, and something that I will never forget. I think that its mouth resembles a whale shark in this photo, but it’s a 100% legitimate rhino yawn. 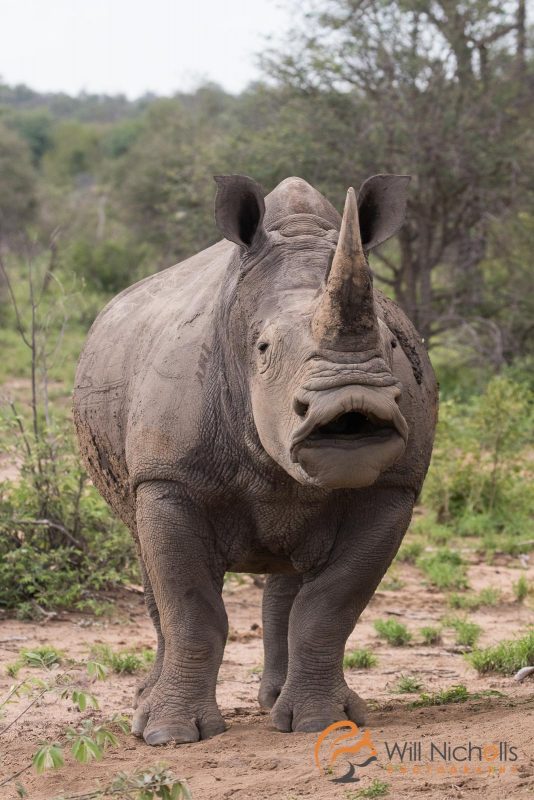 There were plenty of other fantastic sightings, including elephants playing in a watering hole on a particularly hot day. That was something I really wanted to see, and African Impact were able to deliver! 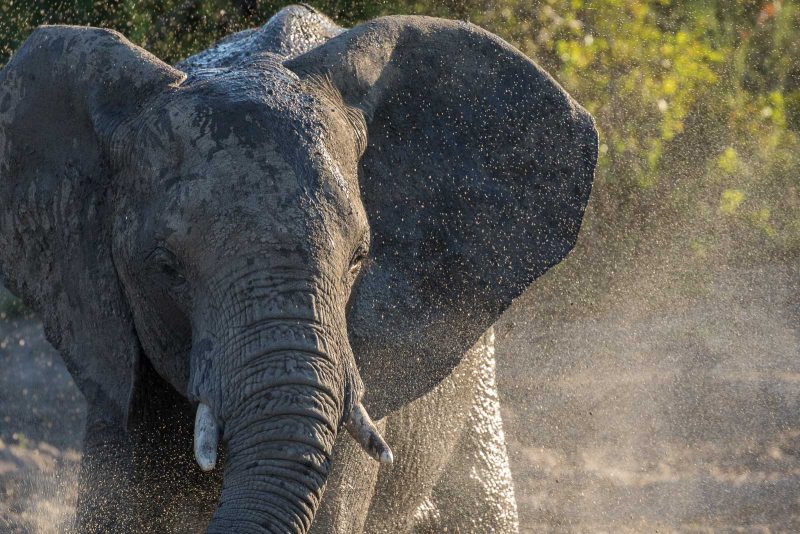 How does all of this help conservation? Well, images captured during the project are added to African Impact’s database. These images are then offered to conservation organisations or made for sale (and the money goes into the foundation to support conservation) via their own stock website. 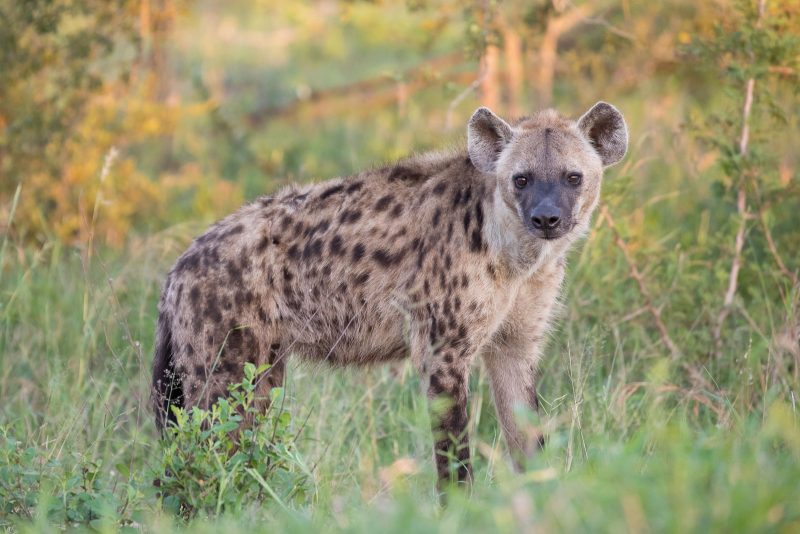 As well as this, photographers are able to capture identification images to support the work of the research groups that are doing biodiversity surveys in the area to help reserves keep track of the wildlife they have. Not only that, but the constant presence in the reserves that African Impact has does well to deter potential poaching, although it is sadly never a fool-proof system.

African Impact offers a 4-week photography and conservation project, which you can find more information about on their website.

They are also starting a 2-week workshop, focused on “more proficient photographers, with an aim towards getting out in the field as much as possible.” For more information about that opportunity, contact Nicole at African Impact directly.