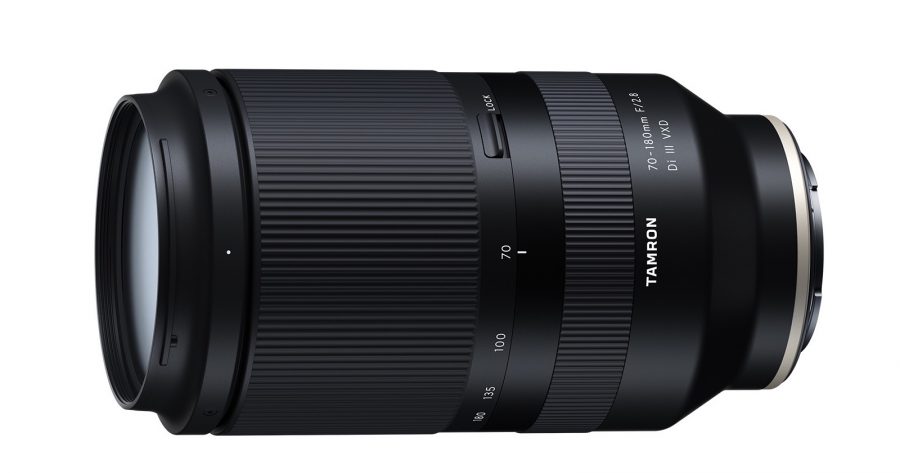 Tamron has recently announced the development of an all-new, high-speed telephoto zoom lens for Sony E-mount full-frame mirrorless cameras. The lens is a 70-180mm f/2.8 Di III VXD (Model A056), and has been developed under the concept of “making high-speed zoom lenses user-friendly”.

Tamron has therefore packed the Model A056 into a compact and lightweight body for ease of use when out on a shoot, measuring at only 5.9 inches and weighing just 815 grams. With a 67mm filter diameter, it is the same as all other full-frame mirrorless Tamron lenses despite the smaller overall size.

Designed with a host of specialized glass elements, Tamron hopes to maximise the lens’ performance by including several specialised glass elements. With a short Minimum Object Distance of 33.5 inches, it allows for significant versatility in a variety of shooting situations. Focusing is made near-silent through Tamron’s newly developed Voice-coil eXtreme-torque Drive. As a linear motor focus mechanism, it helps produce a “quiet, quick autofocus drive”. 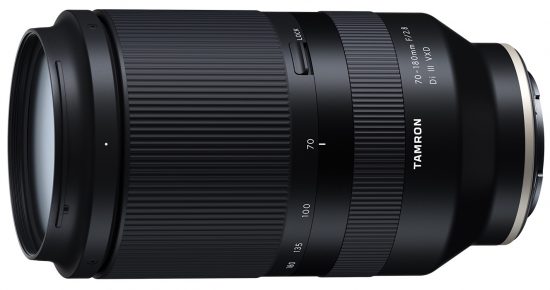 For those planning to battle the elements, the Model A056 features a moisture-resistant construction, as well as fluorine coating on the lens to help prevent damage. The lens is also totally compatible with a variety of camera-specific features, such as Fast Hybrid AF and Eye AF.

The lens will be on display at the upcoming Photo Plus Expo in New York City, and then the Salon de la Photo in Paris next month. Planned to be released in Spring 2020, the Tamron 70-180mm f/2.8 Di III VXD Model A056 will be available worldwide.