Syrp are the creators of what is claimed to be a game changer for time-lapse photography and filmmaking. It is called the Genie, and is a motion control device. At a retail value of £800 in the UK ($890 USD in the USA), it claims to do what originally could only be done by much more expensive equipment. As a result, I was very excited to receive this product for testing in the post. 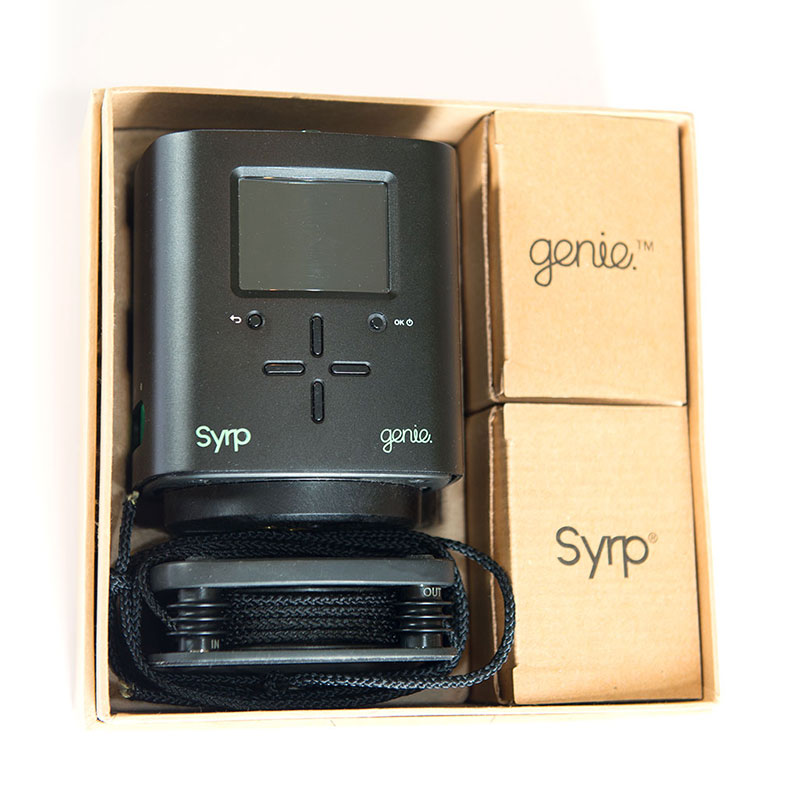 The Genie arrives in a small, neat package. Everything slots together nicely and it looks very professional indeed. This is important, as it screams out “this is a quality product” to the user. It looks an impressive piece of kit on the outside, and my confidence in the product was quickly heightened.

The Genie is a product that allows you to record time-lapses and video footage whilst moving the camera at the same time. Created primarily for time-lapse footage, the Genie gives us opportunities that were originally only available to those with much more expensive motors and sliders.

It’s very compact, and can sit in any reasonably sized camera bag along with your equipment. It is very quick to assemble, and you can find yourself shooting a time-lapse at a moment’s notice.

Time-lapse footage is taken on a move-shoot-move basis. This means that the Genie ensures it has stopped before taking a photo, eliminating motion blur. The Genie connects to your camera using a compatible cable, allowing it to control the camera’s functions.

Video footage is smooth, with an optional gradual speed increase/decrease at the beginning and end of a movement. This is great, as it means panning shots do not jolt when they start and stop. The Genie has a maximum speed of 100cm in 23 seconds when sliding, and takes just 5 seconds to rotate 360° when panning.

There is a bubble level with backlight on the top of the Genie, which is handy for helping to ensure your camera is level. Because of the motion involved, an unlevelled camera can result in footage which gradually tips downwards.

The panning motion on the Genie works well. A plate screws on to your tripod, and the Genie clips on quickly. It will then turn itself against the plate, ensuring smooth motion. You must attach your tripod head to the top of the Genie, allowing you to fix your camera onto the device. 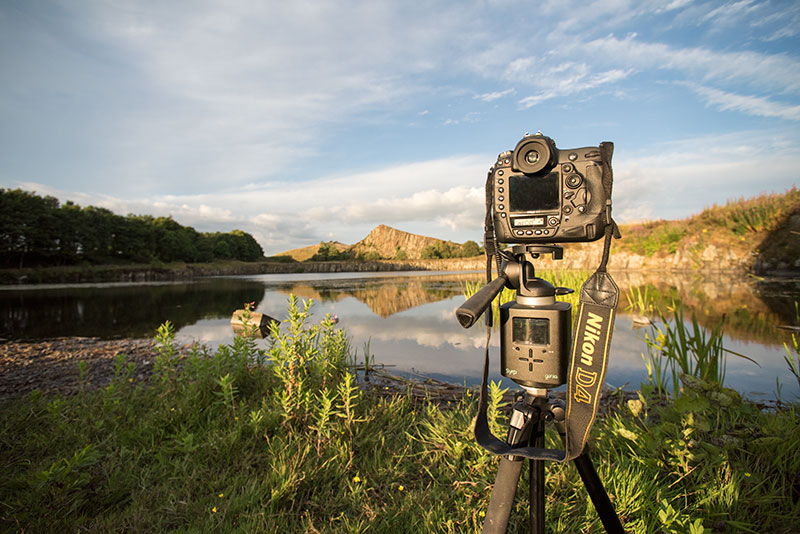 When clipping on to the plate, the lock will engage with a reassuring click. If it doesn’t, you will see a bright orange warning mark on the Genie. This is a simple but valuable feature they have added, as it prevents you from unknowingly attaching your camera incorrectly. It is good to see such attention to detail from a manufacturer.

The Genie moves along a slider by pulling itself along a rope. There are two rope clamps supplied with the product that you strap on to either end of the slider. The rope is then held tightly between the two. It seems a very practical system, except for one little but irritating flaw. The velcro straps that you use to secure the clamps onto the slider are quite long, and there is no buckle to shorten them. As a result, you need to be creative with the straps in order to ensure it isn’t slack. I got it to work by folding the straps against themselves, however after operation the Genie gradually pulled my solution loose and they required reattaching.

Don’t let that put you off though – as I said, it’s a little flaw but nothing major. The advantage of this rope clamp setup means it can be used with any DIY rig, and is therefore very versatile. You can buy extra long rope from Syrp, allowing you to use the Genie over whatever distance you wish.

If you have your slider mounted on a tripod, make sure it is extremely sturdy. I was using a fairly heavy duty filming tripod, and I still found that the slider would sometimes tip as the Genie moved across it. This is because the Genie is fairly heavy, weighing in at 1.5kg. Now, I believe this is not the case all the time with this product, as it would be a major design flaw if the weight of the equipment tipped and jolted a time-lapse. My reasoning being that I have seen footage taken with the Genie on a slider that doesn’t wobble, plus I’ve taken a few myself that haven’t had this issue. The message to take from this is to either use a slider on the ground, or ensure that it is very sturdy with no play at all.

The official Syrp Genie images show the Genie pulling itself up a small incline with a slider. However, I could not replicate this. The Genie simply wouldn’t move and I was worried it would become damaged. Perhaps this is because of the weight of the camera equipment I used (about 2.2kg), but that suggests that any professional DSLR would be too heavy to pull up an incline.

The interface on the Genie is fantastic. It has been carefully designed for easy of use. You can select for both video or time-lapse motions, and there are preset options built into the Genie, such as for shooting clouds or people. You can also create your own setups yourself (interval, time, distance to travel/degrees to move), and save them as a preset for future use.

A downside is that you need multiple presets (or to keep editing one each time) if you wish to move it anticlockwise followed by clockwise. Creating another preset is easy, sure, but I would prefer to see two start buttons on the Genie which each controlled clockwise or anticlockwise (or left and right) motion respectively. This would mean you wouldn’t be filling up your Genie with multiple presets, or accidentally telling it to move in the wrong direction (and potentially even damaging it by making it move into an obstruction on a slider). I noticed that when I did accidentally send it into the end of the slider, the motor kept turning. It didn’t have a safeguard that switched it off when it found it was straining against an obstruction.

The Genie has good battery life, running for up to 12 hours depending on the camera weight. It charges in 3 hours, and there are many different plug adaptors provided with the product (which is very handy for travelling photographers!).

The Genie is a great product for those who do not want to buy more expensive motors. It bridges the gap, making time-lapse photography more accessible and enjoyable for all. Even if you only dabble in time-lapse photography, this is a handy piece of kit to have. Introducing motion into your time-lapses makes them far more interesting to watch.

The Syrp Genie is available from a variety of retailers, and we’ve put together a list of some trusted dealers for you. We earn a small commission through these links, so if you wish to support Nature TTL please shop via our referral link: