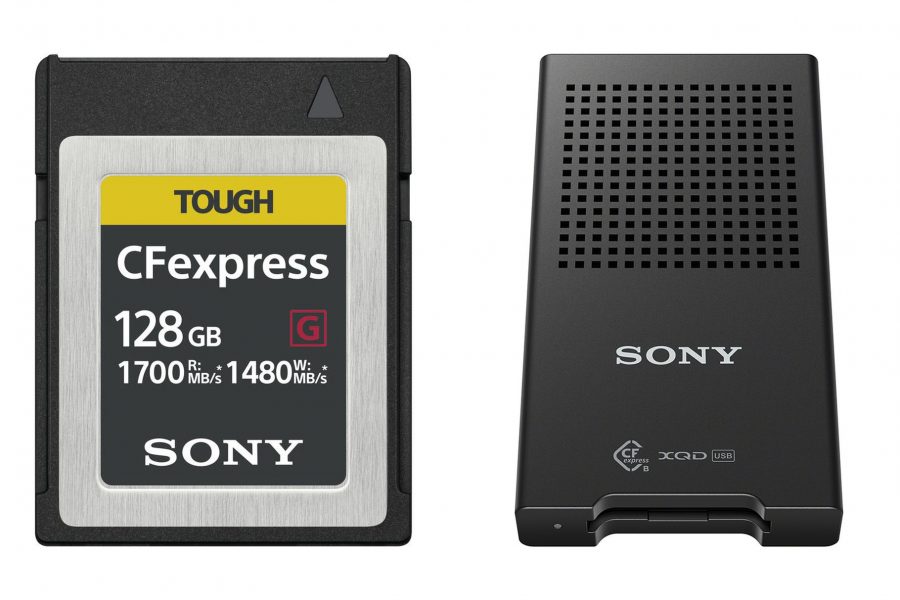 Sony has recently announced the development of an all-new CFexpress Type B memory card, designed with industry professionals in mind.

Sporting an ultra-fast read speed of up to 1700MB/s, the card is approximately 3 times faster than Sony’s current fastest memory card – the CFast card (with 530MB/s read speed).

This high read speed means that even large files can be transferred quickly, such as when duplicating files or backing up data from several different cards. Sony states that transfer time will be “dramatically reduced” in all such situations.

Alongside this comes a lightning-fast write speed of up to 1480MB/s, which Sony believe “meets future requirement needs” of secure industry data-recording or media professionals aiming to capture hi-res images or high-bitrate video.

The card is also extremely durable, boasting a tough construction that exceeds the CFexpress standard by “a factor of three”. In essence, it can withstand a whopping 70N of force in bend, and has five times greater resistance for enduring falls from up to 5m in height.

With further temperature and X-ray proofing, the card also is anti-static and has a built-in UV guard for use in extreme weather conditions.

Sony is also planing to release a new CFexpress card reader – the MRW-G1. This will be optimised for the Sony CFexpress Type B memory cards, maximising on the fast read/write speeds. The reader will also be compatible with Sony’s G and M series XQD cards.

All of Sony’s CFexpress card users will also be able to freely download Media Scan Utility and Memory Card File Rescue. The scan utility scans the card each time you connect it to your computer, as well as checking the condition of the card and letting you know if you’re running out of memory. The rescue utility helps in recovering files accidentally deleted, including raw files.

The Sony CFexpress Type B memory card is expected to come in three sizes – 128GB, 256GB and 512GB. The 128GB version and the card reader are expected to be released in summer, with the others in the near future.