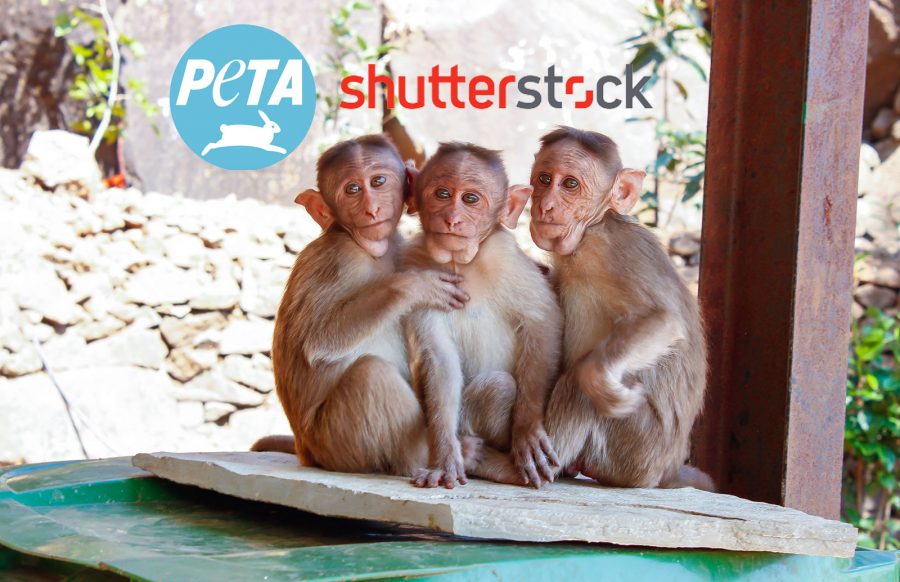 American stock photography company Shutterstock has now banned all unnatural images of apes and monkeys. The company’s decision – potentially impacting an active customer base of 1.4 million – happened as a result of an appeal by animal rights activists PETA.

After lengthy discussion with PETA, Shutterstock (alongside its subsidiary Bigstock) will no longer allow photos or videos of monkeys or apes that are:

Furthermore, digitally manipulated images of wild apes or monkeys placed in any of these above situations are further banned. However, photos of these species in zoos or roaming Asian cities in their natural habitats (such as macaques) are still permitted.

PETA highlight how the animals are usually “very young and deprived of everything that is natural to them,” with such imagery inhibiting conservation efforts and promoting the illegal wildlife trade.

They also detail how the oft-seen “grin” displayed by chimpanzees in advertising material is in actual fact an expression of fear, with frequent “physical abuse during pre-production training”.

Chimpanzees and orangutans used in such imagery are typically torn away from their mothers quickly after birth, resulting in significant “psychological trauma” to parent and child.

At adolescence, trainers then usually “discard them in substandard facilities” where they are left alone “in poor conditions for decades”.

“By banning unnatural images of exploited ape and monkey ‘actors,’ Shutterstock has made a huge difference for nonhuman primates, both those in the wild and those suffering in captivity,” says PETA Primatologist Julia Gallucci.

“Ad agencies and film and television producers have already moved away from using these harmful images, and we hope other stock-photo providers follow Shutterstock’s lead.”