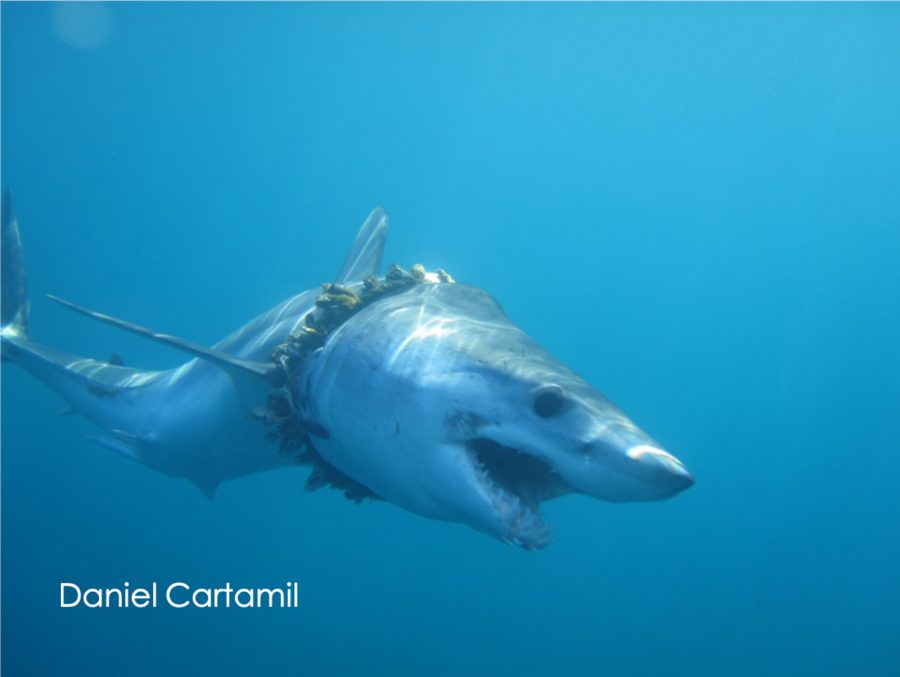 University of Exeter scientists and the Shark Trust are calling for all those who may have images of entangled sharks or rays to submit them to their new entanglement report form: ShaREN (Shark and Ray Entanglement Network).

Marine debris is an ever-growing issue in the world’s oceans. It is known to impact a variety of marine species including turtles, whales, and dolphins, but new research published today suggests it may also be negatively impacting sharks and rays as well. The research suggests elasmobranch entanglement to be a clear animal welfare issue that is significantly under-reported in the scientific literature.

The team of scientists, including Kristian Parton, Tamara Galloway, and Brendan Godley, identified ghost fishing gear to be the biggest threat to sharks and rays in regards to entanglement within marine debris.

Ghost fishing gear is fishing equipment that has been lost or abandoned at sea. It floats around indiscriminately catching and killing a variety of marine organisms and estimates show that 6.4 million tonnes of fishing gear is thought to be lost each year in the oceans. 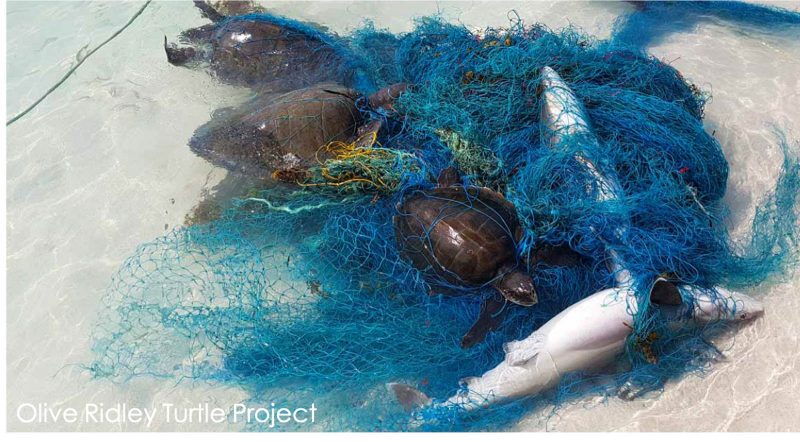 The scientists need your help to gather more data on this issue. Photographers and divers are one of the more likely groups to encounter entangled sharks and rays and the team is hoping those who may have seen this happening will report it via their new online report form.

However, the team make an important request to avoid reports of sharks or rays that have been caught as bycatch. Sharks caught in fishing gear that is still active (i.e. it is attached to buoys and will be returned to by those working in the fishing industry) are here considered bycatch – a separate issue in marine conservation.

The scientists are looking for reports of sharks or rays that have been passively entangled, for example nets that have been lost at sea and are clearly not going to be returned to by fishers. These nets may still be floating in the water or may have washed up on the beach – if they have entangled sharks the team wants to hear from you!

Although it’s not just fishing gear that the team want to hear about, they want to hear about all kinds of debris that may be entangling sharks. Whether it be plastic bags, plastic packaging straps or even rubber car tyres!

You can submit your entanglement sightings directly on the Shark Trust website, and you can read the full paper here.

Join the discussion by tweeting the team @KjParton or @BrendanGodley.