An Interview with Sam Rowley – Behind the Scrapping Mice 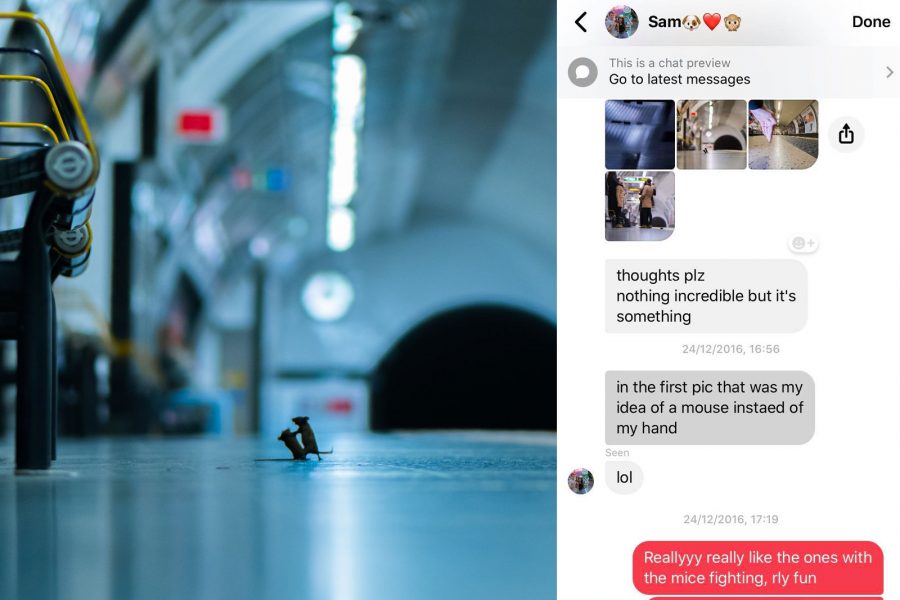 It was inevitable that the two scrapping mice on the London Underground would capture the hearts of UK commuters, but no one quite expected the international response. 25-year-old Sam Rowley’s award-winning image has struck a chord not only with Londoners, but with millions of people around the world.

Right now, it is hard to meet someone who hasn’t seen the image. It is an iconic and incredibly unique image that will no doubt go down in wildlife photography history. Rowley is a Nature TTL contributor, and we are incredibly proud to see him achieve such success with an image taken in his hometown. 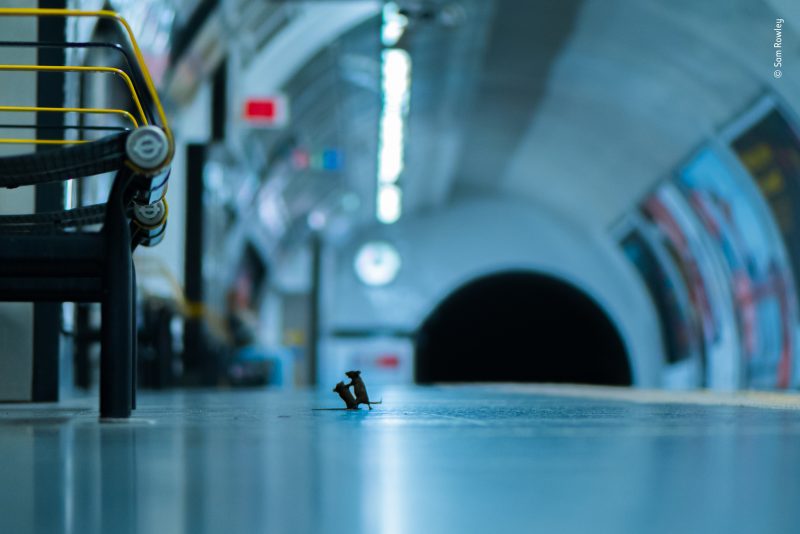 The viral nature of his image all started when it was shortlisted as part of the People’s Choice Award in the Wildlife Photographer of the Year 2019 competition. Earlier this week, it was announced as the clear winner of the award and has been picked up by almost every media outlet in the world.

We wanted to find out a bit more about the shot and how Rowley first came up with the idea, so were delighted to be able to squeeze into his now extremely busy schedule.

When I was laying on the station platform in the cold, I never thought the mice would one day be wielding lightsabers.

Where did you first come up with the idea to photograph the London Underground’s mice?

I’ve always enjoyed urban wildlife photography, and I was looking for a new story in London. I think it’s very important to get people to love local wildlife, and for many people that is urban wildlife. If you can’t get people to love local nature, how can you expect them to be interested in the plight of endangered species elsewhere in the world? I think it’s important to ignite that interest in people, and that starts at home.

London has been photographed to death, especially with urban wildlife angles, so it is difficult to find something unique. My mate went on a drunken night out and sent me a video of mice running around her feet on the underground platform. Straight away I knew that I had found my story. 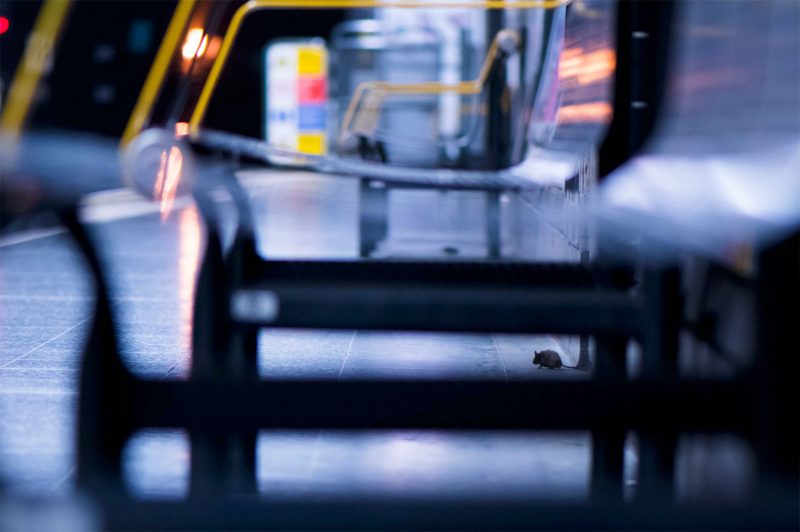 When did you first catch the photography bug?

I first started out when I was 10 years old. I became interested in photography when on a safari in Africa with my family, borrowing my dad’s relatively basic digital camera. I loved coming home and sharing with family and friends what I had seen.

I kept heading out with his camera, seeing what I could find, and before I knew it I was addicted. I took one of my best photos when I was 10 – a swan tucking its head into its feathers. 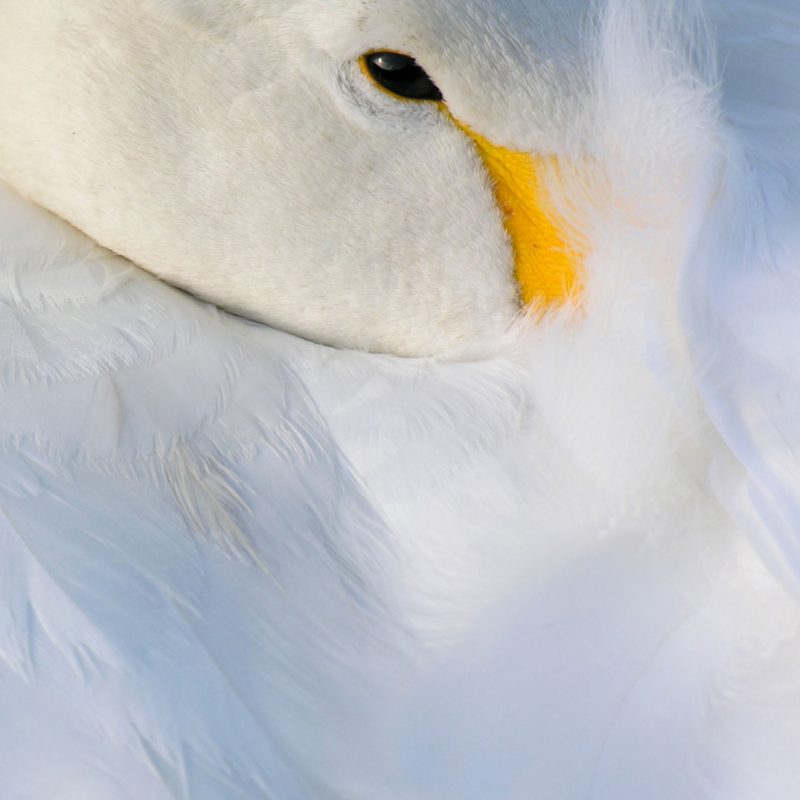 This image was successful in the junior part of the Wildlife Photographer of the Year contest, and it is a dream come true to be back now in the adult competition with a photo that has done so well.

What was the strangest experience you had in the London Underground?

I was laying on the platform trying to frame up a shot, when suddenly there was a drunk, sweaty guy on top of me. He thought I had had a heart attack, and for some reason thought the best way to help was to jump on me.

The worst part about it was that he scared the mice away.

What is one key piece of advice for aspiring urban wildlife photographers?

Never shy away from a story – any animal is relevant, however common it may be. There’s always an interesting angle to be explored, even if you think you know the subject well.

You can always find more depth and more details in the lives of animals. Often the most overlooked species provide the best stories as they are unappreciated and ignored. 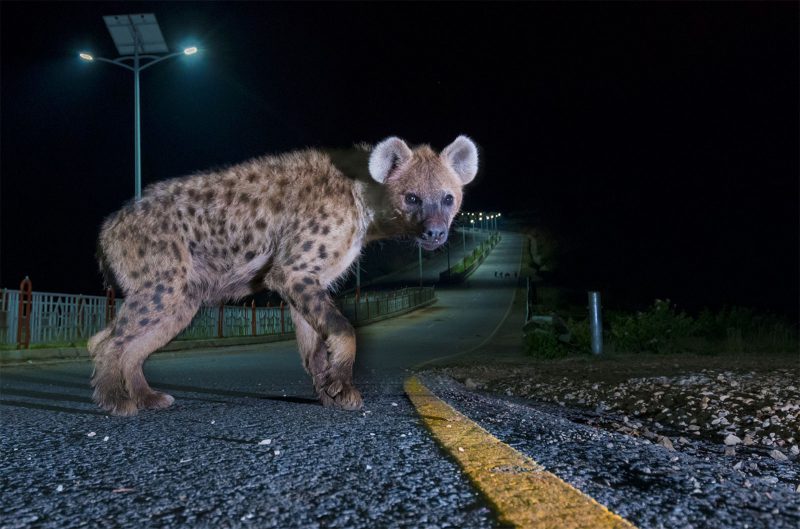 Are you going back to photograph more late-night brawls on the Underground?

No – I’ve had enough encounters with drunk passengers for one lifetime.

If you could photograph one spectacle on Earth, what would it be?

Siberian tigers in Russia – that would be a absolute dream. 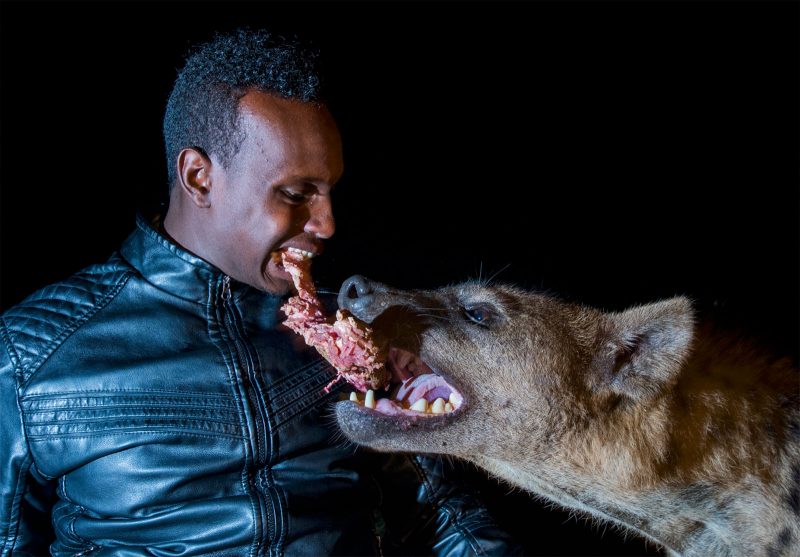 What do you do now outside of photography?

I work for the BBC Natural History Unit as a wildlife film-maker. Previously I worked on The One Show, and now I am working on an exciting and new, pioneering series that is yet to be announced.

What’s next for you photographically?

I have some more, new urban wildlife photography projects. Some of them are closer to home, and some much more further afield. Stay tuned!

What’s one piece of advice you’d give to photographers looking for competition success of their own?

What is your favourite Photoshopped version of your photo?

The mice with lightsabers. When I was laying on the station platform in the cold, I never thought the mice would one day be wielding lightsabers. 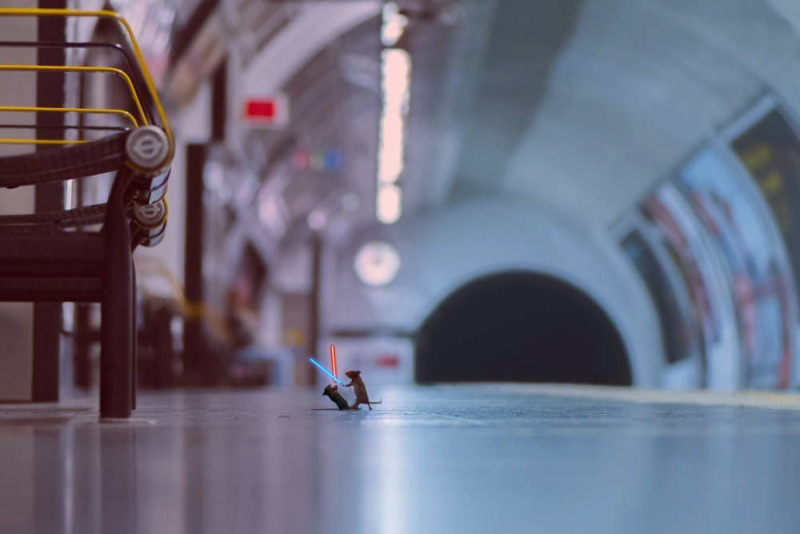 How does it feel to be the photographer of possibly the most viral photo of the year so far?

It feels bonkers. I haven’t had time to process how I feel about this yet, and it has all been so crazy. I’ve been on BBC News talking to Huw Edwards – something that I never thought would happen! That was the point it really hit home about the magnitude of what this photo has achieved. I am honoured that it has garnered so much attention.

You can read Rowley’s photography tutorials on our website, or head to his website for prints and to see more images.