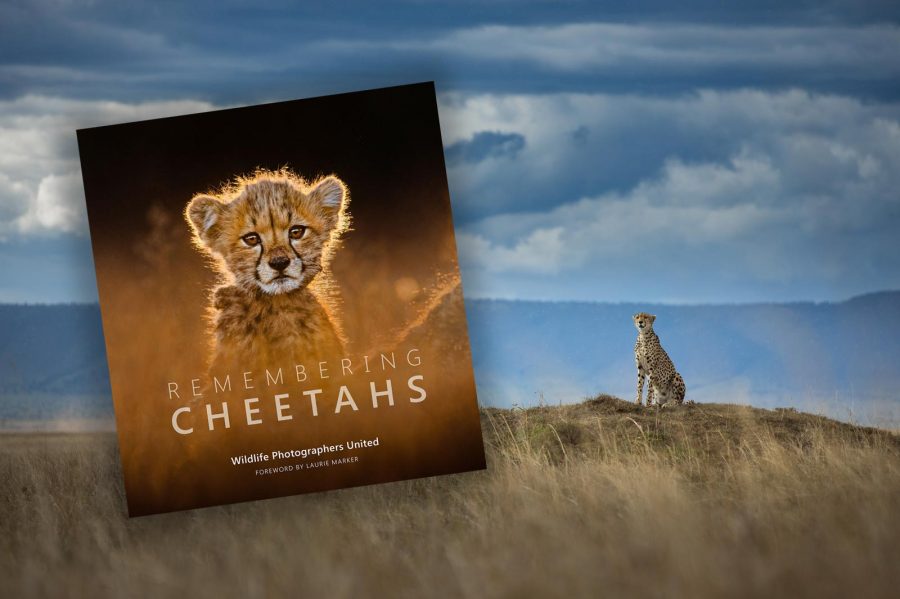 The next instalment of the Remembering Wildlife series has raised an incredible £100,000 in funding in just three weeks.

The new book, part of a series of charity photo-books created by wildlife photographer Margot Raggett, is titled Remembering Cheetahs. As a whole, the project has donated £615,000 to 38 conservation projects across 21 countries since the release of Remembering Elephants back in 2016.

Remembering Cheetahs is now the fifth book in the series. It will include a foreword by Dr Laurie Marker and an afterword by Gordon Buchanan MBE; the pages in-between are filled with stunning photographs taken by 70 of the world’s best wildlife photographers. Frans Lanting, Art Wolfe, and Charlie Hamilton-James are amongst those who have donated images to the book.

It is estimated that there are around 7,100 cheetahs left in the wild, with only 50 Asiatic cheetahs in Iran. Threatened by human conflict, cheetahs are also hunted and killed for their body parts, trafficked as pets, and made vulnerable by high density tourism.

Given the current world crisis, the team behind the campaign were initially unsure whether there would be any public interest in supporting the project at this time.  However, all queries were put to rest as within just four hours of launching the Kickstarter campaign the target of £58,000 (the amount needed to produce the book) was met.

With only 4 more days to go, the campaign has raised over £116,000, meaning the project can go full steam ahead with the aim of raising awareness of the plight facing cheetahs and collate funds to protect them.

“The plight of cheetahs is incredibly severe. With only 7,100 cheetahs left in the wild, we must act now to save this beautiful animal,” said Raggett. “Conservation is another area being greatly impacted by the virus, with funding virtually drying up overnight. It is a massive worry for the future of wildlife and not yet really being spoken about. The fact that we’ve still enjoyed such support during this difficult time is overwhelming and also shows how deeply people want to ensure it isn’t only humans who emerge from this crisis.”

Within this project there is also an opportunity for ten budding photographers to have their cheetah photographs published within the book. Enter before the 26th April 2020 to have the chance for your photos to be included.

Ultimately, Remembering Cheetahs looks to be a beautiful addition to the Remembering Wildlife collection, showing how the photography world is really helping to make a difference in conservation and providing us with some positive news during these unprecedented times.

You can find out more on this website, and if you wish to support the project then you can do so on Kickstarter.