The Power of Wildlife Conservation Photography 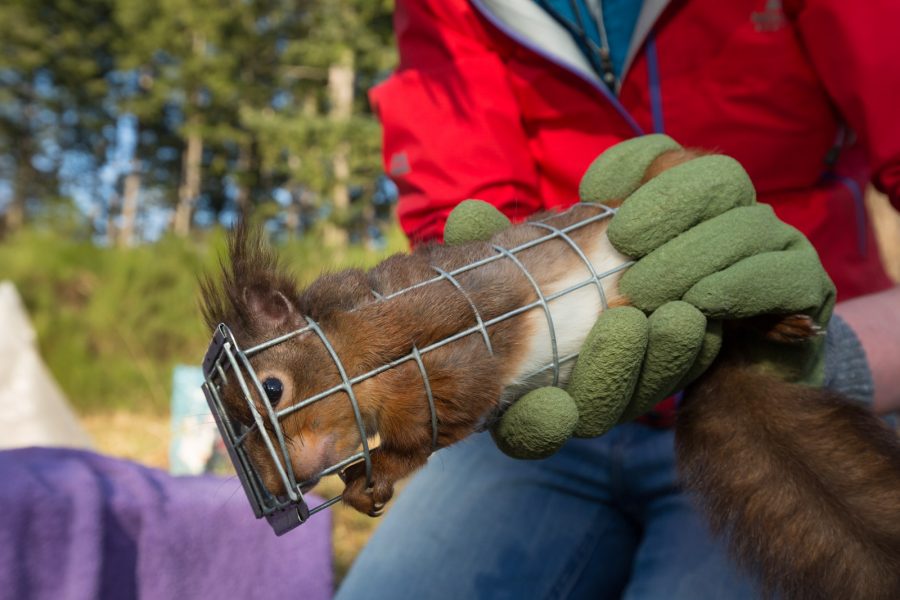 Us human beings, we’re a fickle lot. Our perceptions of, and attitudes towards, different species rarely stay the same for long. In Scotland, between 1903 and 1946, the Highland Squirrel Club reportedly killed no fewer than 103,000 red squirrels. For each squirrel slaughtered, a bounty was payable such was their perceived effect on young forestry. Today red squirrels adorn magazine covers and head up major advertising campaigns. Modern Britain loves its now endangered red squirrels.

Here in Scotland, the wild forest that would once have allowed a red squirrel to travel from Lockerbie to Lochinver without ever touching the ground covers just 2% of its former range. As red squirrels can’t cross open ground, Scotland’s fragmented woodland effectively imprisons them on islands of trees surrounded by an ocean of moorland.

As a conservationist, I lament this largely degraded landscape bereft of the rich vegetation it once nurtured, but as a photographer, the squirrel’s plight offers an opportunity. When I heard that Scottish rewilding charity, Trees for Life, had embarked on a pioneering project to translocate red squirrels to the northwest Highlands, where despite improving habitat squirrels have been absent for decades, I knew there was a story. This for me wasn’t a story about red squirrels – yes they would be the lead character – but a rallying call for improved woodland connectivity. The very fact that Trees for Life had to move the squirrels underlines the lack of woodland corridors allowing them to roam freely.

You’d be hard pushed to find a wildlife photographer who can deny the pleasure of sitting in a quiet woodland hide watching an arboreal acrobat go about its squirrely business. But from a conservation perspective, does the world really need another prosaic portrait of a squirrel sat on a gnarled stump? I’ve photographed red squirrels on and off for two decades and I’ve managed to gather a few half-decent images but increasingly, I feel they don’t do enough. Yes, they might solicit a few oohs and aahs on social media but do they inform? Do they influence? To make squirrels matter, really matter, we need to “exploit” their huge appeal; we need to use them to tell wider stories.

By taking a few squirrels from areas like the Moray coast where they’re plentiful, Trees for Life is committed to establishing eight new populations in and around Torridon and Ullapool. The process is quick and effective with red squirrels being trapped, health checked, transported and released within 24hours.

I spent a day with Becky Priestley, the charity’s Wildlife Officer, and shot the story as she went about her work. We discussed how this was a project that not only had huge ecological benefits but because of the popularity of red squirrels, provided a perfect platform for community engagement. These images and the film we shot around the move are helping to encourage local residents to monitor the squirrels. That first-hand involvement nurtures a sense of pride and ownership and already local accommodation providers are “using” the newly arrived squirrels as promotion tools.

This brings me to a crucial point about photographic storytelling. It can be done anywhere and with any species, but very often it relies on help from others. My camera is just a tool. The place I live is just a stage. The species I photograph are just characters.

My greatest asset is the relationships I’ve built over many years with scientists, researchers, civil servants, farmers and a wide range of other stakeholders. Those relationships might initially be built on a common interest, but ultimately they’re built on trust. If you want access to subjects and information to tell compelling photographic stories, in some cases about sensitive or politically charged issues, you need to work with others and those others need to trust you; they need to know that you will represent their work or organisation, accurately and positively.

Thanks to the work of Trees for Life there are now red squirrels in the forests of the northwest Highlands and they’re thriving. The imagery created alongside the translocation will inform and inspire local school children, local businesses, and local decision-makers.  From my point of view, if just a few acres of new native woodland are created to attract more squirrels – or crested tits, pine martens or wildcats – it’s job done.

It may be a consequence of where I am on my own photographic journey but whilst I’ve always been an advocate for the communicative power of visual imagery, I’m starting to feel that as photographers we need to look beyond the trophy image that might give us a warm fuzzy feeling of satisfaction, and understand the real power of the camera in our hands. There’s no doubt that over the last few decades images of red squirrels have helped fuel the transformation from killing them to adoring them.

But perhaps we now need to raise the bar a bit further? By working with others, pooling skill sets and telling compelling visual stories, the camera becomes less of a trophy rifle and more of a communications tool. And if we can change our perceptions of an arboreal rodent, who knows what else we can achieve?