They say a leopard never changes its spots, but can a zebra change its stripes? Well, if these photographs of a polka-dotted zebra foal are anything to go by – then yes, they can. Sighted in Kenya’s Maasai Mara National Reserve for wildlife, this polka-dotted prince is now the talk of the town, standing out from the otherwise-striped crowd. 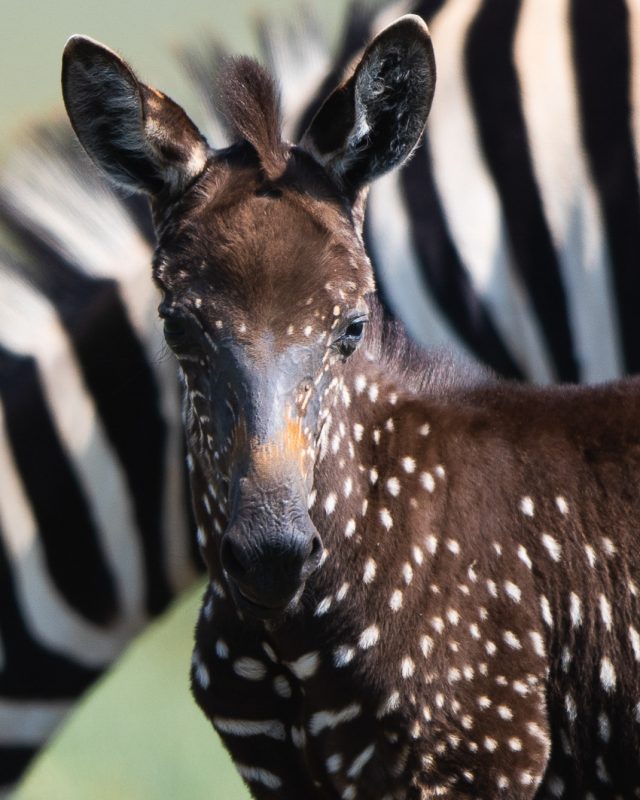 Frank Liu was searching for rhinos when he photographed the fabulously-unique plains zebra, which is estimated to be only a week old. “At first glance he looked like a different species altogether,” Liu told National Geographic. The zebra was first spotted by Maasai guide Antony Tira, who christened the foal Tira.

This is the first polka-dotted zebra recorded in the Masai Mara reserve, although similar have been found in Botswana’s Okavango Delta. According to biologist Ren Larison in National Geographic, the foal’s suave interpretation of stripes is caused by a genetic mutation, known as psuedomelanism.

But polka-dotting isn’t the only outcome of this mutation, it can also cause other variations such as partial albinism, recently witnessed in an incredibly rare “blond” zebra of Tanzania’s Serengeti National Park. 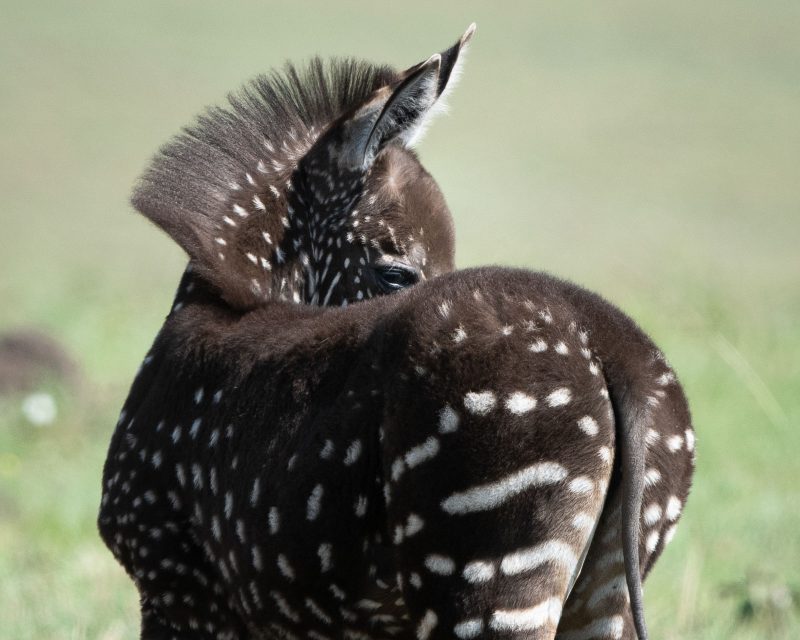 Larison reports that zebras with psuedomelanism are unlikely to survive for very long in the wild. “Research on other species has shown that, while it is harder for a predator to target an individual in a group, it is easier if an individual is different,” Larison notes.

Tira may be further at risk, as recent research by Larison suggest that zebra stripes exist to keep away biting flies, and to ward off potential diseases that the insects may carry. The research showed that biting flies aren’t fans of landing on striped surfaces, so the polka dots may make Tira a target. 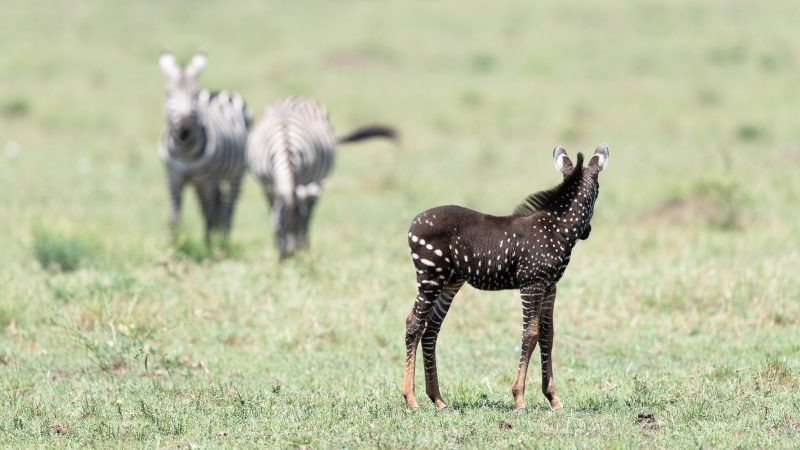 So although Tira’s just missed his chance to strut his stuff at London Fashion Week, hopefully he’ll live a long and fruitful life in such a fantastic new coat.