Pine Marten Sighted in Northumberland for First time in 90 Years 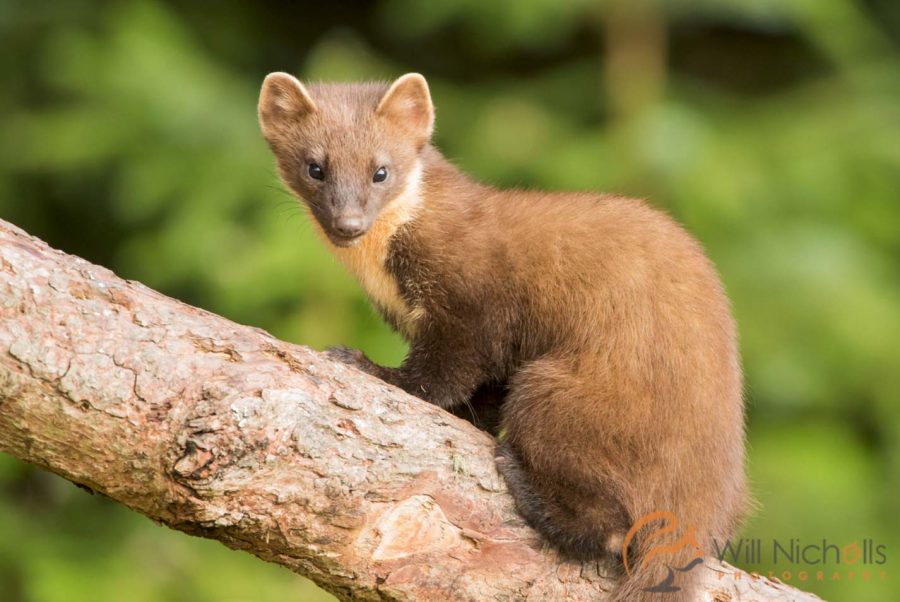 After a long period of extinction in England, the elusive pine marten has been caught on camera in Kielder Forest, Northumberland.

Photographs and footage confirm that the species has finally made a return to England’s largest woodland for the first time since 1926, where it was driven away by deforestation and culling.

Pine martens are large members of the weasel family, living predominately in native woodlands. Although subjected to fierce persecution in the past, they are now protected by law and hold an estimated population of around 3,700 in Scotland.

First spotted by conservationists in Kielder Forest in March, the recent footage increases hopes that the species is beginning to get a footing in the country.

The images were captured by John Hartshorne of Albion Outdoors, an ecology education organisation. The camera trap was intended to help monitor red squirrel populations, as they face decline from competition by grey squirrels.

Laying out peanut butter to lure the squirrels, Hartshorne spotted something unusually large devouring the bait.

“I zoomed in and for a moment or two thought a badger had got up to the baited feeder but focusing in it was incontrovertibly a pine marten, which is superb,” he told The Guardian.

As the animal was captured on numerous separate occasions, it is likely a resident of the forest, pointing to the possibility of others in the area.

The return is greatly valued by local ecologists, who are hoping the species will take on the grey squirrel and in turn boost red squirrel populations. Greys not only dominate food supplies, but they also transmit the deadly Squirrelpox Virus that has decimated reds in the past few decades.

With pine martens evidenced to predate grey squirrels, we could see a reduction in their numbers and an overall boost of species diversity as a consequence.