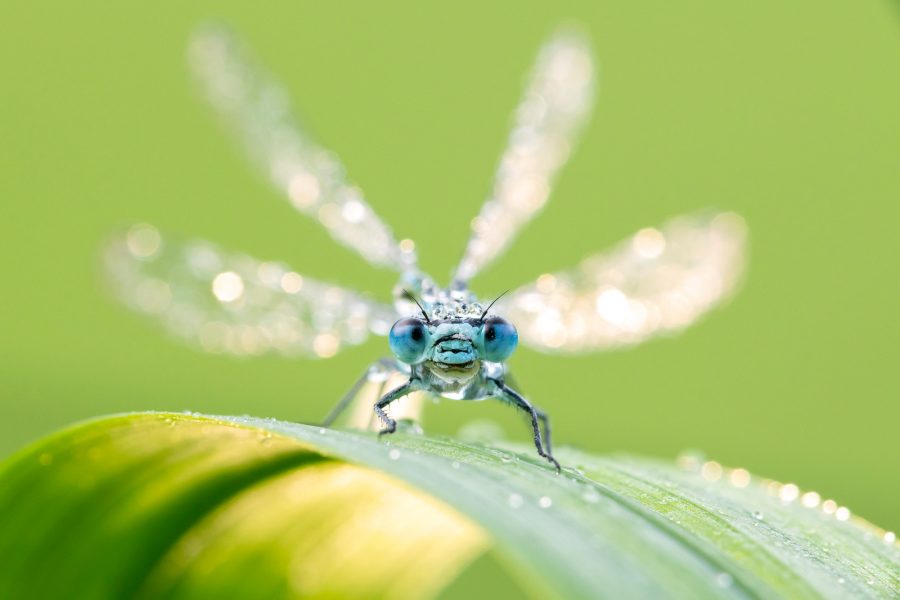 Excuse the pun, but the lack of ethics among some insect photographers really bugs me. I’m not normally one to rant, but I hope you will indulge me on this occasion – it is a subject I feel is too often overlooked and belittled. 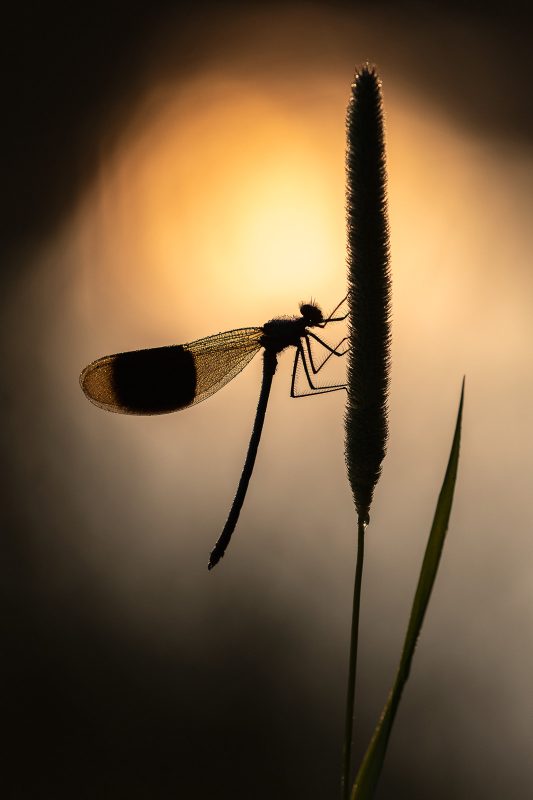 Can I ask you a question? When photographing wildlife, what is the number one rule? That’s right – the subject’s welfare must always be top priority. As photographers, we all sometimes unintentionally disturb our subjects, but disturbance should be kept to a minimum and we should avoid any practices that are detrimental to our subject, or place them (or any offspring) at risk.

You would never kill, damage, entrap or incarcerate a bird and mammal for the sake of a photo, would you? Both morally and legally it would be wrong. So why would we apply a different attitude toward something much smaller – a reptile, amphibian or insect, for example? I wouldn’t and I’m sure you wouldn’t either. However, there does appear to be a different ethical code among some close-up photographers toward some creatures, particularly ‘bugs’. 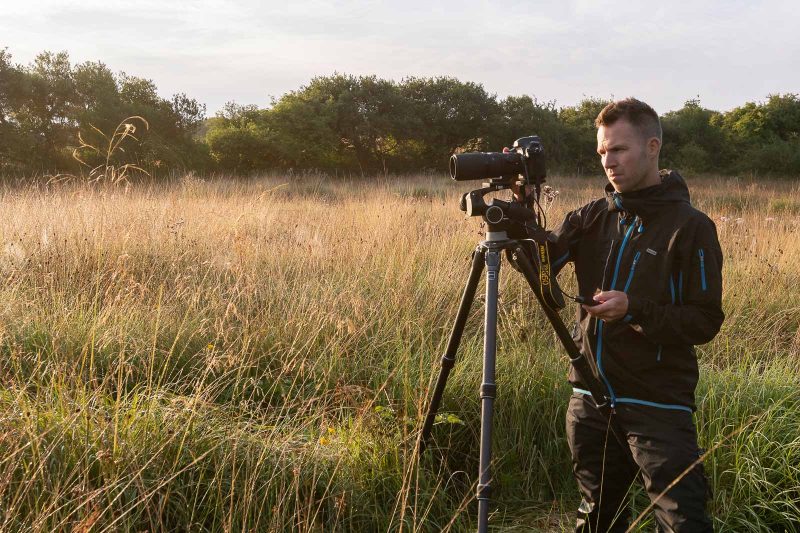 I’ve been photographing insects since I was 10-years old, and have always done so outdoors, on location. I have never caught, trapped or retained subjects, placed them in containers, refrigerated or killed insects in order to take photographs.

I will occasionally carefully move an insect into a more photogenic environment if I am positive I can do so without causing any harm, but in the vast majority of situations my images are captured in situ, exactly where I found them. You would assume all insect images are captured this way, but sadly they’re not. 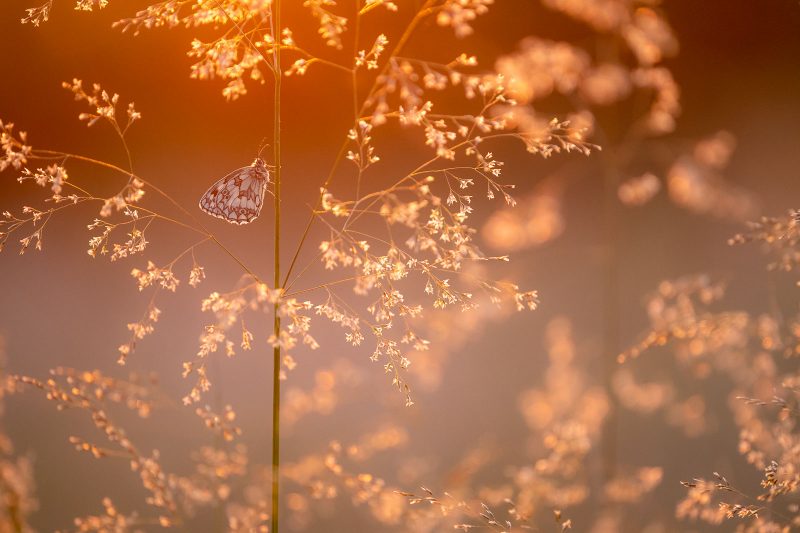 Insects are not easy subjects to photograph – they are active, secretive and easily disturbed. Technically, they are challenging too; at high levels of magnification, depth of field is extremely limited.

A known method to overcome these difficulties is to capture and refrigerate subjects. By cooling down subjects. They become easier to manipulate and photograph in a controlled setting. It is a practice that, speaking personally, I feel is on very dodgy ground ethically, although at least the subject isn’t killed in the process.

Instead, I would encourage you to rely on ‘natural refrigeration’. I take the majority of my insect portraits early in the morning when insects are naturally cold and inactive. At this time of day, you can often set-up close by and tidy-up distracting background vegetation without ever needing to handle or detain subjects.

The window of opportunity is typically an hour or so after sunrise, before the sun warm-ups the insect sufficiently for it to fly away and go about its daily business. All the early starts aren’t fun, but at least this approach ensures disturbance is kept to a minimum. 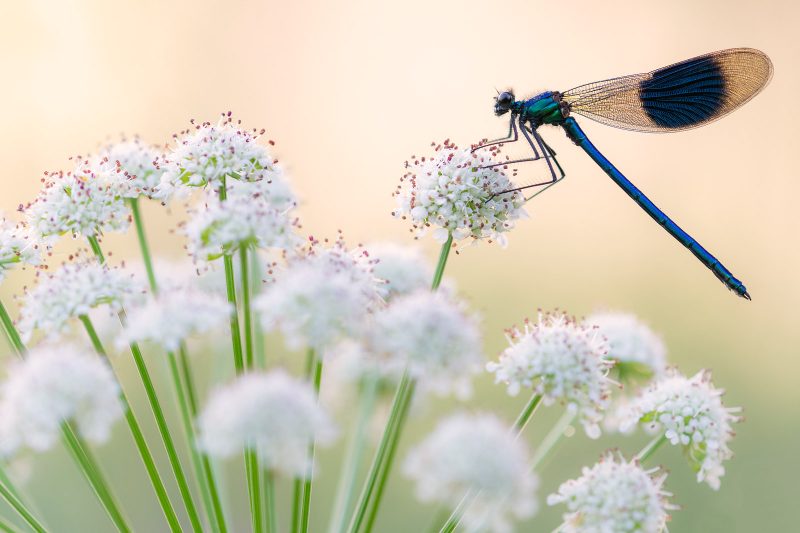 Many sites try and justify the practice by saying entomologists regularly kill insects for study and research. Others mention the vast number of insects that get killed daily by being hit by car windscreens, so what does one more bug matter? However, surely there is a fundamental difference between unwittingly killing something, and consciously harming a creature for the sake of a photo? 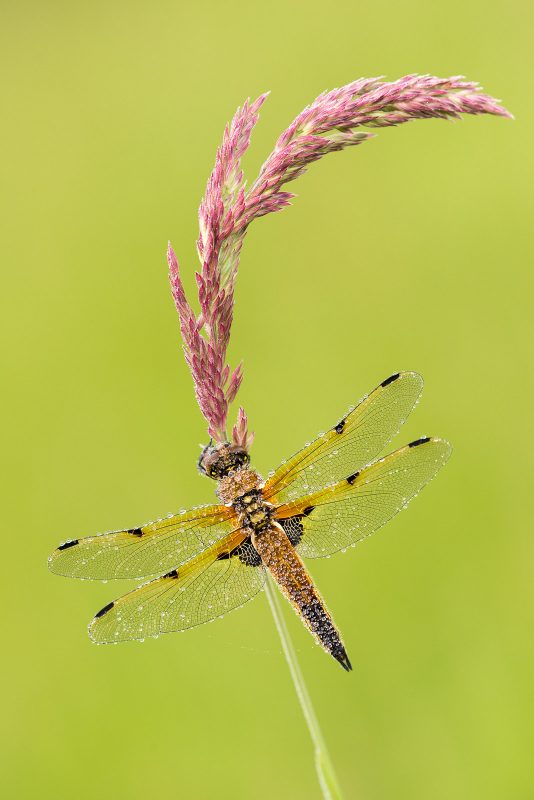 I read a comment on one site I visited saying “no one is going to miss an ant, moth or dragonfly or any other insect,” and anyone complaining about the practice should go back to “tree hugging and leave the adults to discuss photography tips.”

I’m unable to print my response to this attitude.

Another photographer justified harming their subject on the basis they could achieve much better results by using studio techniques than photographers who are “scrubbing around in the undergrowth chasing some bug.” What a lazy, uneducated attitude; the photographer in question is missing the point – our desire to take a great images shouldn’t eclipse our responsibilities to our subject.

I’ve heard of other techniques used, too. For example, using sprays to encase and suffocate subjects, but leave them looking alive and natural. Some photographers will even catch and pin insects in order to achieve their shots.

I believe this is a more widespread approach among insect photographers who regularly focus stack. After all, if you need a sequence of 40+ images to stack together to create a macro image that is pin sharp throughout, your subject needs to remain pretty motionless.

I’m not saying for a minute that all stacked images are achieved at the cost of the model’s life, and I know of a number of excellent high-magnification photographers who work responsibly. However, the easiest way to ensure your subject remains still while you capture a large number of files, that then need to align perfectly together, is if the subjective isn’t alive. 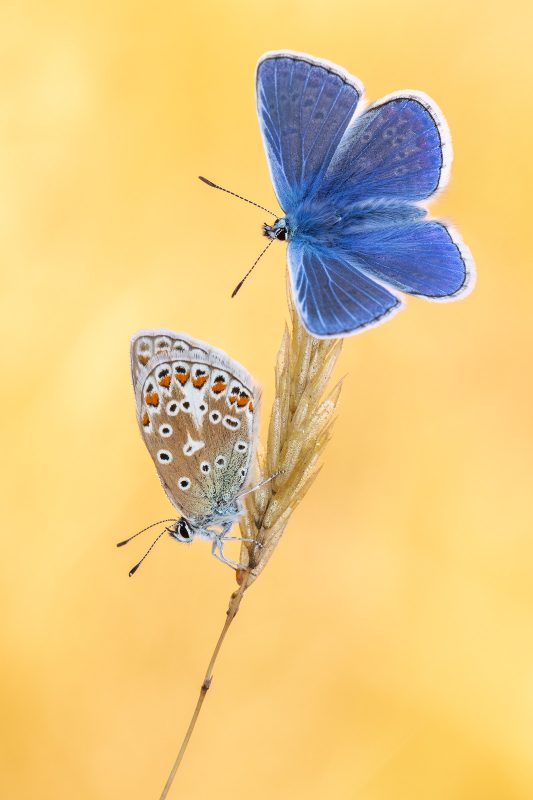 What is also frustrating is that with some unethical practices becoming more commonplace, people assume all close-up photographers employ the same tactics. It belittles and undermines the art and field-craft of those who, like me, shoot everything outdoors and in situ.

I don’t want anyone questioning what I do, or presuming I ‘cheated’ or harmed my subject in some way. To make things worse, some of these unethically captured images are winning big awards now – would they still do so if the judges knew the truth behind the shots? Some images are completely unbelievable – photographs of praying mantis ‘holding hands’ and frogs with snails on their heads. Grotesquely staged images where subjects have been horribly manipulated and stressed. This is completely unacceptable in my view.

Staged photos where macro subjects have been horribly manipulated and stressed... this is completely unacceptable. Click to Tweet 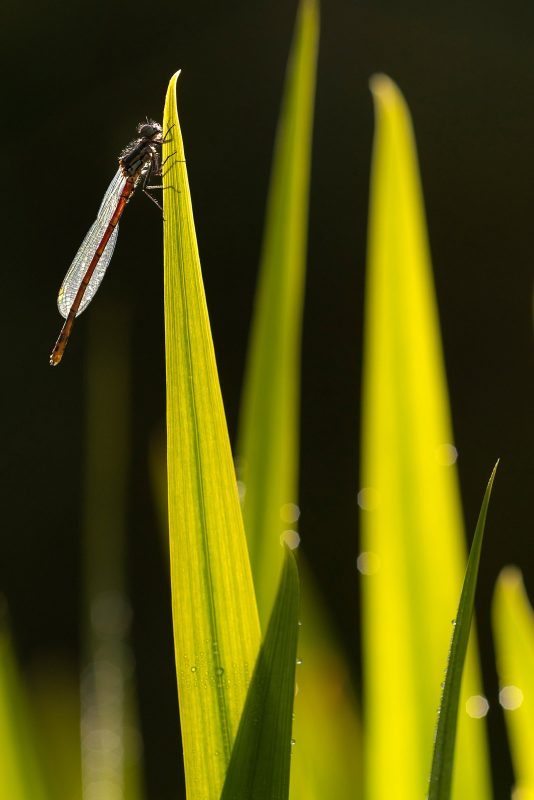 I’m really not sure what the answer is. The reality is, we have a very different perception of ‘creepy crawlies’ compared to more attractive and appealing feathered and furred animals. However, surely even a humble bug has as much right to live and reproduce as anything else? They have enough predators and hazards as it is, without photographers playing God and deciding their photographs are more important than their subject’s lives.

I just feel the moral code of nature photographers should extend to all subjects – it isn’t something we should be selective about. But maybe you think I’m some tree-hugging fool? Please comment below and share your thoughts – I’ll be interested to read them.