How to Photograph the Northern Lights

Home » Photography Tutorials » Landscape » How to Photograph the Northern Lights

Slowly your eyes adjust from the bright lights of town to the celestial skies above, one by one a new star appears as your eyes begin to focus in the darkness. A curtain of green light appears; it begins to pulsate in the sky, waving, twisting and curling. Adrenalin kicks in, refuelling you with warmth and energy previously drained from staying up to the early hours of the morning.

The Northern Lights, or Aurora Borealis, is one of the most breathtaking sights you can set your eyes on. Fortunately for us photographers, our cameras capture it a little better. Here are some of the most valuable tips and tricks that I have learnt during my career. 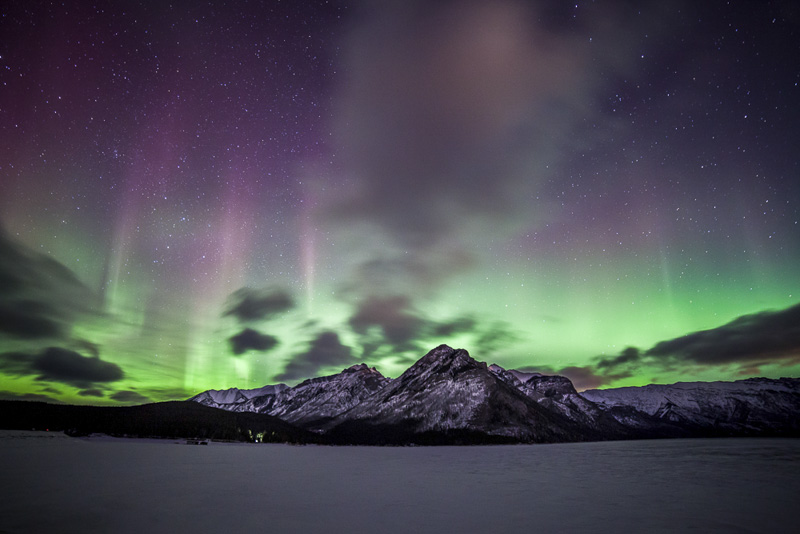 These impressive light displays can be infrequent, and with the possibility of not knowing when they are going to happen makes it even more difficult to plan. They are caused by the collision of solar winds and magnetospheric charged particles with the high altitude atmosphere and, depending on different gases in the atmosphere, they can produce a variety of colours. Although primarily green, you can see reds, purples, oranges and yellows too. 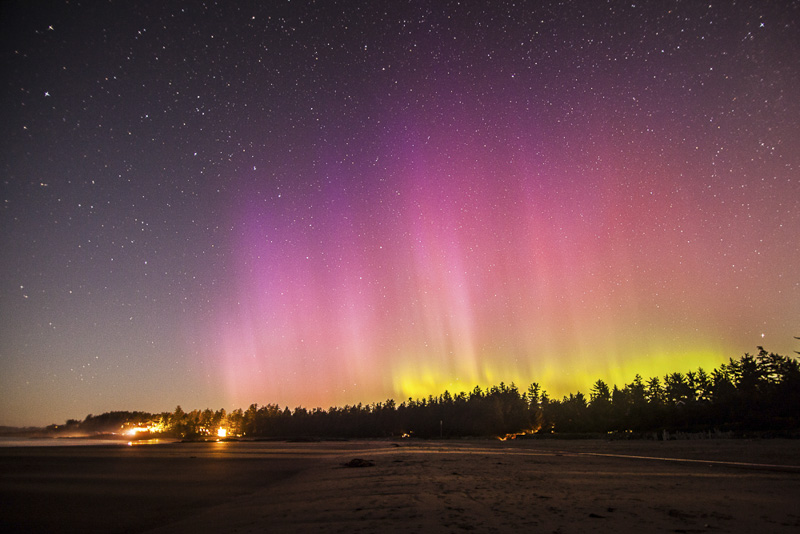 Learning to read and plan to photograph the lights has been made easier with a number of iPhone and Android apps that do the work for us, a favourite of mine being ‘Aurora Forecast’. Websites specific to your continent will also be helpful so find your local Aurora predictor. Finding north can also be quite challenging in the dark, but thankfully there is another useful app called ‘The Night Sky’ that will help you with that too. Both of these mobile apps will save you a lot of time in and outside of the field. When selecting a location its important to remember to avoid as much light pollution as possible, it can be really difficult depending where you are in the world. The moon also plays a huge factor. The brighter the moon, the less visible the lights are, but it’s still possible to capture them with the moon risen. The colours, however, are going to be quite dull in comparison to a night with a new moon.

If you don’t have a smartphone capable of downloading these applications, then there are websites you can visit to see upcoming solar storms. For North America, see www.aurorawatch.ca. For Europe, see www.aurora-service.eu. As for finding north, take a compass with you!

It may seem obvious, but you need to look north to see the Northern Lights. Sometimes the lights can be surprisingly dim, so much so that you could look straight at them and not be confident of seeing them. A long exposure photograph, however, will reveal them to you. 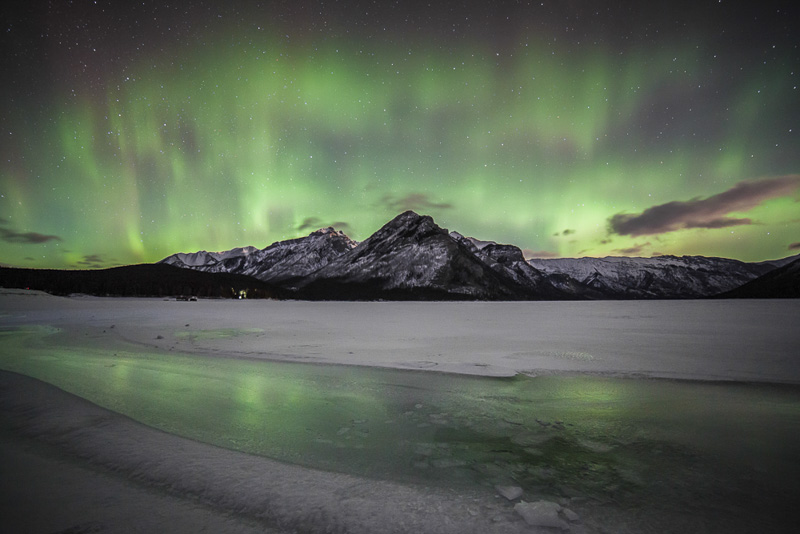 Best Practise for Taking a Photograph

The essential items to have with you whilst shooting the Northern Lights are:

The key to capturing the Northern Lights starts with a shutter speed of between 5-8 seconds – any shorter and your images will be too dark; any longer and the lights turn into a green mush in the sky from all of the movement. Your shutter speed isn’t that long in comparison to a regular night sky image. Your aperture should be as low as possible – f/2.8 is ideal, but if not then f/4 will work just fine too. To allow as much light in to the sensor as possible with such a short shutter speed, we need to increase our ISO speed. This means more noise in the final image, so for low end DSLRs try to avoid shooting above ISO 3200. The high end DSLRs are able to shoot the lights at an ISO of 6400 and above whilst still retaining sufficient image quality.

Further Reading: “How to Photograph the Aurora Borealis in the UK“ 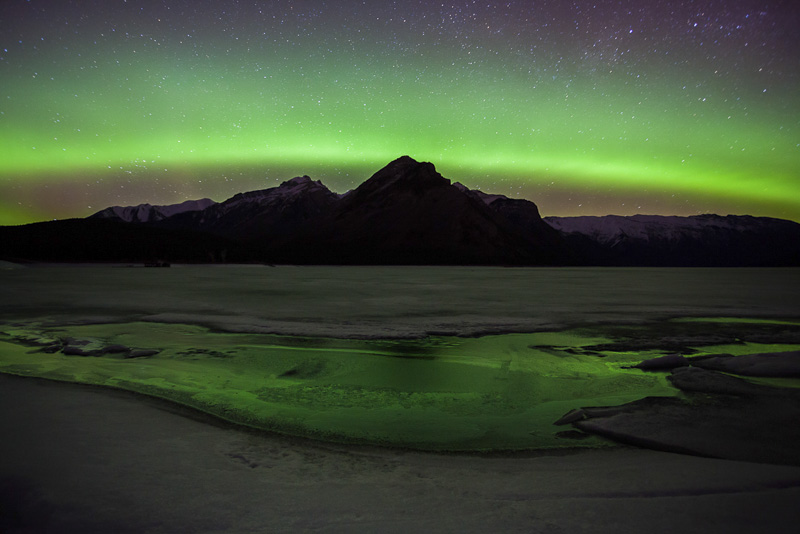 Don’t forget your compositional skills when you’re shooting the Aurora, as this is one way to set your images above the rest. It’s easy to get distracted by the beautiful colours and forget the basic rules of photography. If you know a display is going to happen, then scout for a location beforehand and have a composition in mind. Pick out some foreground objects and use them to anchor your image. You can play around with briefly lighting your foreground using a flashlight or a headlamp, but I really like the green hue that the Aurora casts onto the scene, especially if its ice or snow as it will reflect the colour beautifully.

One of the most challenging things you’re going to find photographing night scenes is focusing. We want a scene as dark as possible, but this prevents us from using auto-focus to create a sharp image. High-end lenses will have a focusing ring with an option for infinity focus (the point at which everything in the scene will be in focus no matter what distance your shooting at). With these lenses it’s as simple as aligning the infinity markers on your lens. For lower-end lenses it’s a lot more challenging, and the most common method used is to use a flashlight to illuminate the scene in front of you, enabling you to focus. This can be tedious and will require taking a few shots and zooming in on your photo using the camera’s LCD screen to ensure it is sharp. Move your focus ring 1mm in either direction until you get a crisp and sharp scene.

The sudden changes in temperatures at night can cause your lens to fog up, so carry a dust blower as it will quickly dry up the moisture and allow you to continue shooting for hours until your memory card fills up or you fall asleep at the camera!