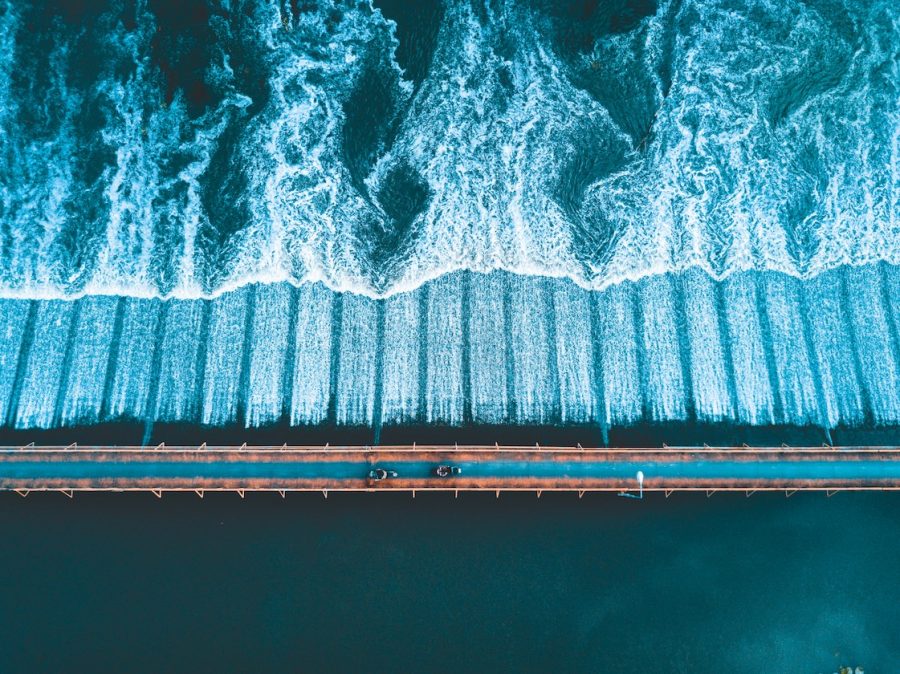 Searching for a selection of inspirational wildlife, nature, and adventure imagery from the world’s top-draw photographers? Then look no further than the recently announced winners of Outdoor Photographer of the Year 2017.

Now in its seventh year, the renowned competition once again raises the bar for outdoor photography across the globe with a wealth of breathtaking winners.

Selected from over 18,000 images spanning 60 nations across the globe, this year’s category-winners open an extraordinary window into the captivating and often exhilarating beauty planet Earth has to offer.

A lone car trapped by a pale river snaking through a mist-laden valley in Iceland, red planes stark against an ice covered airport in Greenland, and a sohal surgeonfish shimmering atop a Red Sea reef, are just some of the astonishing category winners.

This year’s categories include: At the Water’s Edge, Wildlife Insight, Live the Adventure, Light on the Land, Small World, Under Exposed, Spirit of Travel, Young Outdoor Photographer of the Year, and an all new category for drone photography: A View From Above.

A judge’s insight video (seen below) has been created, featuring commentary from the judges on why they selected the winners for 2017’s competition.

Partnering with outdoor gear company Fjällräven, the Overall Winner will receive a £3,000 award to purchase Fjällräven clothing and equipment, whilst the Runner-Up will receive a £1,000 Fjällräven Award. The Category Winners have all received £200 alongside a Fjällräven Kaipak 38 daypack.

Teaming up with Spectrum Photographic fine art printing lab, the winning images will be expertly printed and mounted, to be exhibited alongside the award ceremony, at the NEC, Birmingham.

“We’re thrilled to be partnered with this prestigious international competition again to ensure these outstanding images have maximum visual and emotional impact in the exhibition,” said Hazel Watts, director of Spectrum.

The Overall Winner and Runner-Up – chosen from the category winners – will be announced live on stage at The Photography Show at the NEC, Birmingham, UK on Saturday 17th March 2018 at 2.50pm www.opoty.co.uk. The book Outdoor Photographer of the Year: Portfolio III will collect over 150 photos entered into the competition, published by Ammonite Press, RRP £25. 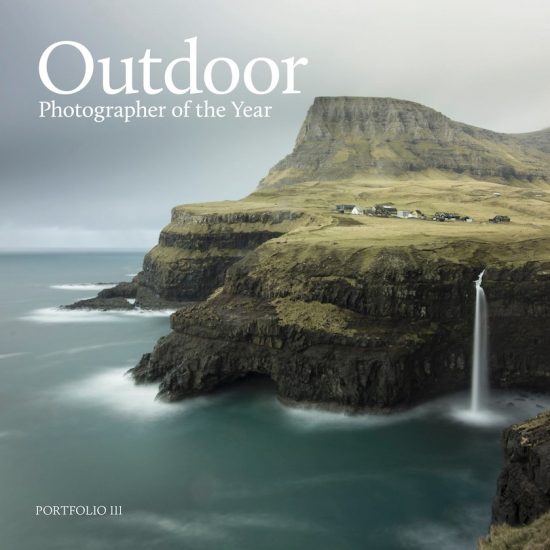 Check out the Category Winners below:

At the Water’s Edge 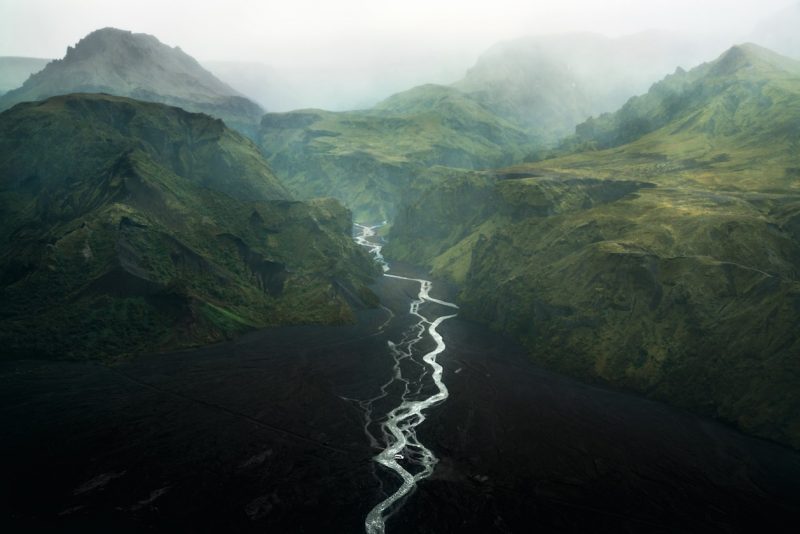 Witold Ziomek (Poland), Thórsmörk (The Valley of Thor), Iceland.
After a morning full of drama, during which we almost ‘drowned’ our car in a river – and then pulled out a young Frenchman who had – we reached Thórsmörk, in the south of Iceland. We walked up to a viewpoint where we could see…exactly nothing, due to the fog. We waited, and eventually the fog started to lift, but I still needed to wait a lot longer for a car to appear in the perfect position to add a sense of scale to the mountain landscape. 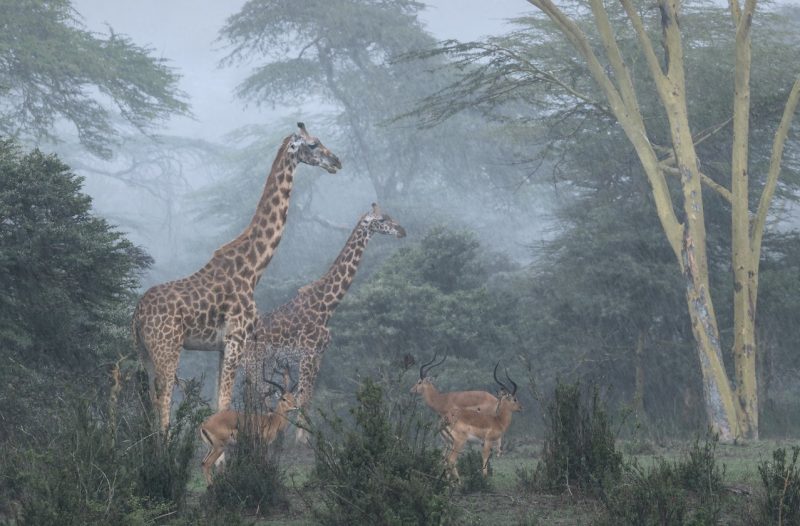 Jose Fragozo (Portugal), Nairobi National Park, Kenya.
This image shows two giraffes and three impalas in the rain in the forest region of Nairobi National Park, Kenya, which is also home to the Athi lion pride. I have observed these lions hunting many times in the rain, which possibly explains why different species of preyed animals stay together; it’s a defence mechanism, so they can collectively sense predators better. In this case, however, the lions were far away. The photo was taken from inside a 4×4 vehicle, and the major challenge was keeping the camera and lens dry. 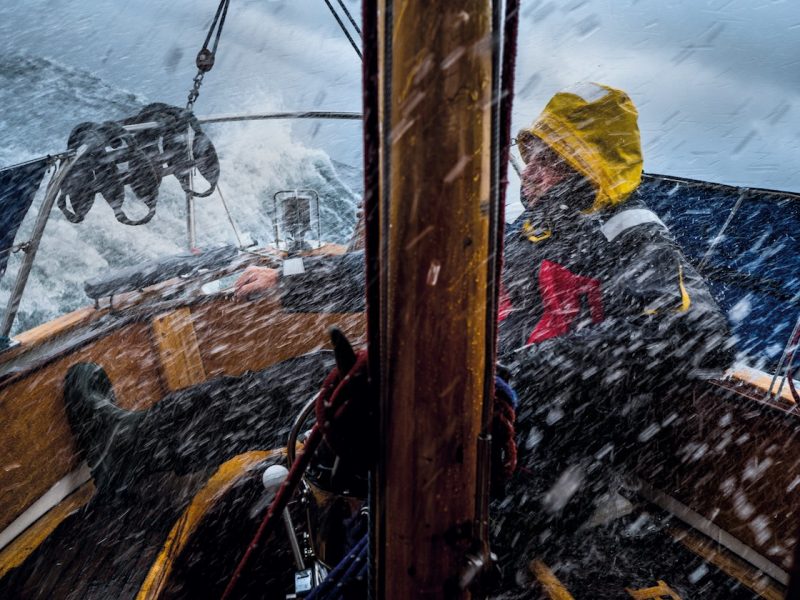 Mikolaj Nowacki (Poland) The Baltic Sea (somewhere on the way from the Swedish
island of Utklippan to the Danish island of Christiansø).
It was my first cruise on a yacht on the open sea and there were only two of us – myself and captain Jacek Pasikowski. I was helping Jacek take his small yacht Fri (‘Free’ in Danish) from the coast of Sweden to Poland, across the Baltic Sea. It was a stormy day, but the captain – who has more than 40 years of experience sailing in open seas – remained completely calm and relaxed, even though waves were breaking over him every few minutes. While taking this picture I was hiding partly below a folding canvas roof; scared, but pretending not to be.

Light on the Land

Simon Baxter (United Kingdom), North Yorkshire, England.
I originally captured a similar scene to this during a flurry of unexpected snow in April 2016. It’s typically the first spot I come
to when exploring this private woodland, and I couldn’t help but capture it again when I was treated to these wonderful – but rare –
conditions of mist with a hint of warm light as the morning sun tried to break through. The combination of the damp cobwebs, fallen
birch, dominant old pine and the soft light filling this atmospheric and shallow valley makes it a favourite spot of mine for solitude. 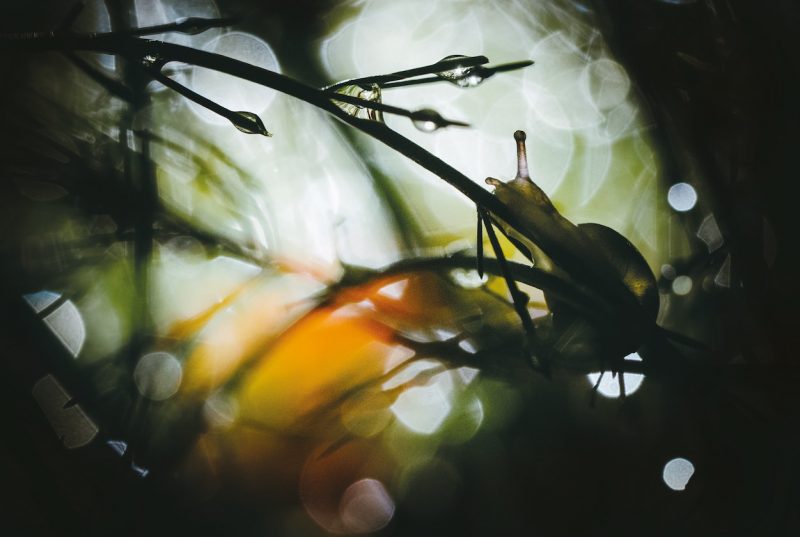 William Mallett (United Kingdom), Saffron Walden, Essex, England.
The asparagus plant in my garden – which has become a bush and produced berries – is a haven for wildlife. I normally look for spiders in it to photograph, but on this particular evening, after a rain shower, it was covered in tiny snails. The light below is from a backlit asparagus berry; I always try to visit after a rain shower, as I find backlit droplets bring the images to life. 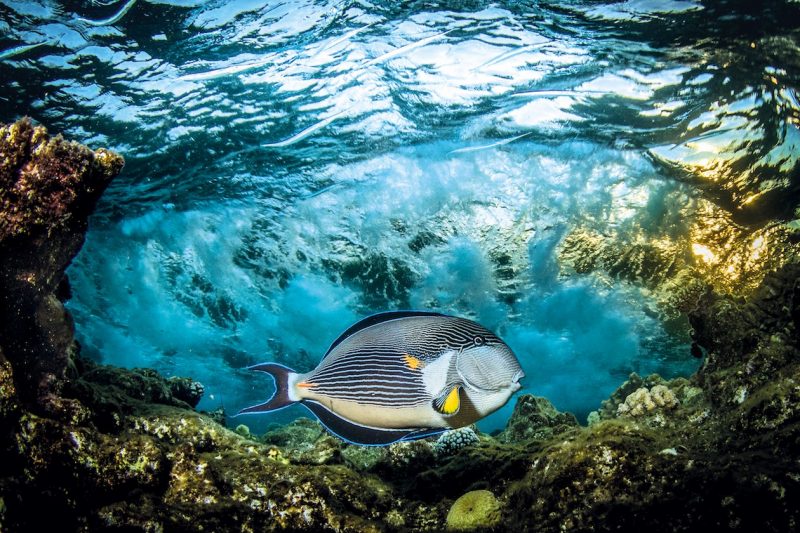 In the summer months, sohal surgeonfish tend to mate and lay eggs on the top of the reefs in the Red Sea. They fiercely defend their egg patch and rush upon anything that invades that area. They will often swipe their tail, which has a bony protrusion sticking from it that can be as sharp as a surgeon’s scalpel, towards the intruder. Because of this you need to make sure you don’t get too close as a photographer’s hands make a very easy target and often get cut. 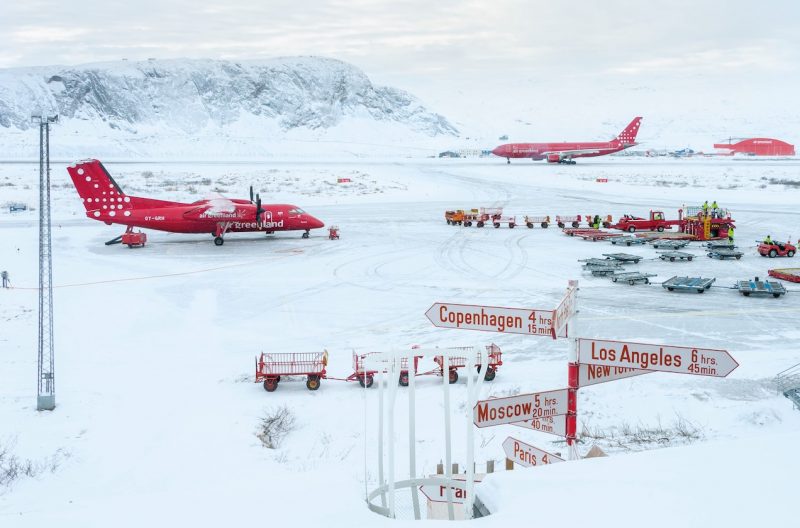 Kangerlussuaq airport is the largest airport in Greenland, so it is not only a busy hub for domestic flights, but also the main arrival point for international travellers. Air Greenland has a near monopoly on flights, so almost everything is in the company’s bright red colours. It was the simple colour palette of this scene that appealed to me, including the signposts that are apparently directing the planes to their destinations. My departure had been delayed by three days due to bad weather on the coast, so seeing the arrival of the plane that would return me to Copenhagen was welcome. It may not look that way, but the end of winter was near and within weeks the snow would have cleared.

Young Outdoor Photographer of the Year

I love bighorns, and Sierra Nevada bighorn sheep are extra special because they are an endangered species. We had a harder time finding rams during our visit to their area this winter, but just as the light was beginning to fade I spotted this ram standing majestically on a high ridge. Photographing at -25°C is always a challenge and I was afraid I wouldn’t have time to get my camera on my tripod before the ram disappeared from view. Instead, I leaned my camera against a solid support as I framed up my shot. I loved all the snow and sagebrush and knew immediately that I wanted it to be black & white.

A View from Above 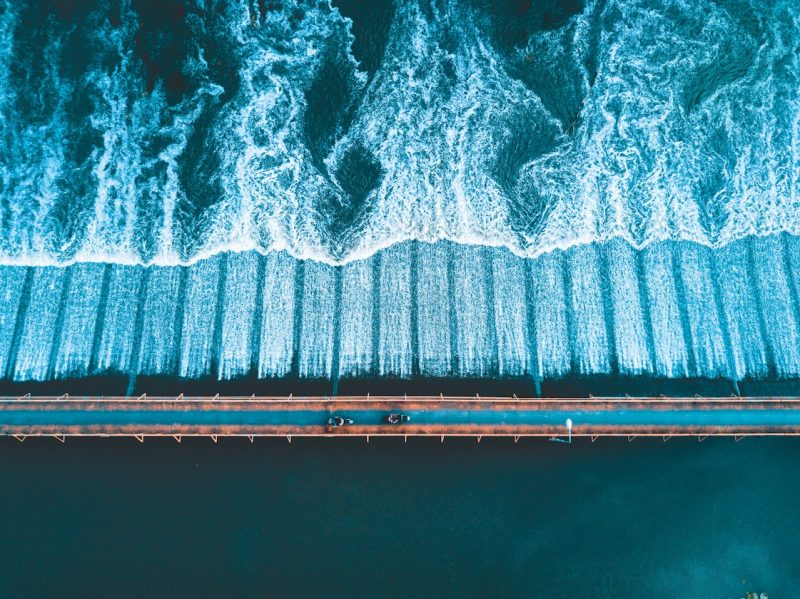 It was just before sunset in Chiang Mai and I decided to ride my scooter alongside the famous Ping River. As I was approaching a bridge I stopped to take a break and noticed that it was a motorbike bridge for locals, connecting two villages. I took this aerial photograph with my drone to document the incredible patterns in the river and the locals crossing the bridge on their scooters. Some days you just capture the moment.