Opinion: Should We Use Bait to Attract Wildlife? 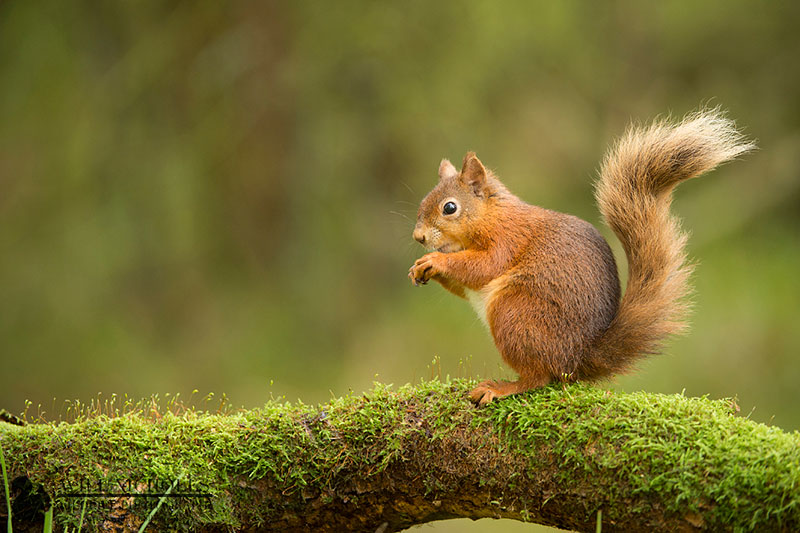 An issue that has divided many wildlife photographers is that of baiting wildlife for the purpose of photography. Some people think that baiting of any kind is unethical and should be avoided, whilst others think that it is perfectly fine as a tool to achieve the ideal photo. There is not simply a yes or no answer to this, as there are different degrees of baiting that occur. Natural foods, such as nuts, are most commonly used to lure in a subject. However, sometimes dead or even live animals are used to bait predatory species. It is the latter that usually causes more heated debates.

Ethics are extremely important to me when it comes to my photography. I’ve even written an article on the ethics of wildlife photography on this very website. A favourite species of mine to watch and photograph is the red squirrel, but they are very hard animals to find and get close to. They lead an arboreal life (up in the tree canopies) and spend less time on the ground. Because of this, I use hazelnuts to encourage them into an area where I can watch them. Even using hazelnuts can bring issues with overfeeding and, more rarely, contamination of foods. To combat this, I ensure that I never allow animals to become dependent on me as a food source. This is extremely important, so that they retain their natural behaviour but also don’t suffer if you stop feeding them.

In my opinion, if the use of natural foods is done properly with the welfare of the animal kept first and foremost, then I see no problem with it. Squirrels naturally forage, and I scatter foods around so that they still have to work to achieve their meal. This benefits the animal, but also my photographs as they continue to behave naturally, instead of sitting at a feeder.

I imagine a lot of people will agree with me: natural foods are no problem in moderation. Although if you don’t, I ask this: do you feed the birds in your garden? Many of us do, but this is effectively baiting too. Supplying supplementary food to an animal is no sin. It doesn’t disrupt anything in moderation, and often you will find that human actions have reduced the available natural food sources anyway. So, in a way it is helping to rebalance this.

The issue that gets a lot of people hot under the collar is using animals as bait to attract predatory species. Firstly, I will address the issue of using dead bait in photography. Just like the squirrels with hazelnuts, lots of animals are almost impossible to see up close without an incentive. For predatory animals, this has to be its prey: another animal. I will say now that I do not agree with killing animals for the benefit of photography. Why should we say that our photos have more value than the life of an animal? However, I have used dead bait in my photos myself.

How is this? Well, you don’t need to kill animals yourself to be able to use dead bait. I have a freezer at home full of dead rabbits and pheasants that I have found on the side of the road. Roadkill allows us to recycle animals that are already dead. Instead of letting a dead rabbit get pulverised on the side of the road by passing cars, why not pick it up and set it out for a hungry buzzard to feed on? Setting up simultaneously to take photos is no sin. It should be said that buying dead animals from shops is unethical as they are being killed for a purpose, and you create demand for more to be killed unnaturally. 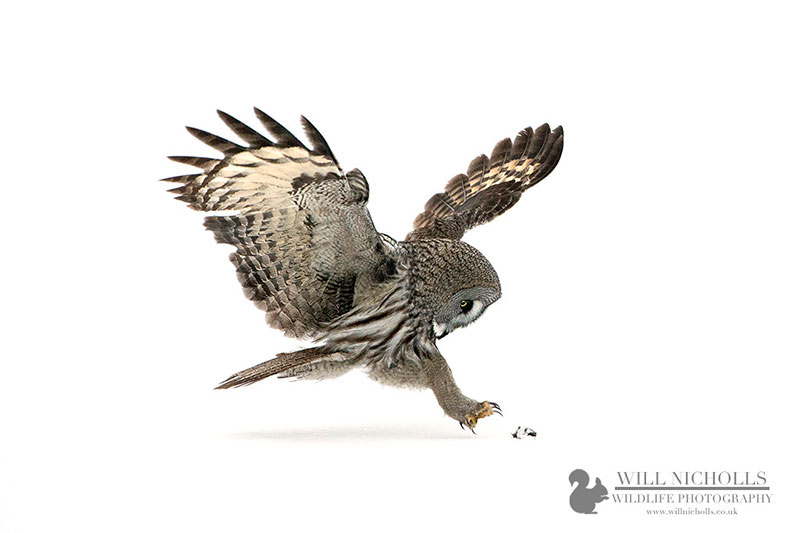 This is a great grey owl, and it is swooping down onto a vole in Finland. The vole is already dead, and was laid out for the purpose of photographing this owl. The local people in the area trap voles in their cellars as they eat at their food stores. Whether we like it or not, they are going to do this. Instead of letting them throw the voles away, they were collected to feed to the owls. This, in my opinion, is ethical photography: no animal was killed for the purpose of this photograph.

The biggest issue for me is the use of live bait. I will never do this, and I think it is wrong. We shouldn’t put our photos above the lives of animals. Doing this is unethical, and many photographers wouldn’t dream of this. But, unfortunately, this does go on in the wildlife photography field. For example, throwing a live mouse out in front of a watching owl is cruel and gives the mouse no chance of survival. Often, they are bought from pet stores and so will likely die in the wild even if they escape. It takes someone lacking morals to have the heart to do this, I think!

In conclusion, I believe using bait to attract wildlife has its place in wildlife photography, but as long as it is entirely ethical and puts the welfare of the animal first. People will always feed animals, for whatever reason, but with proper education about the issues surrounding this (even with natural foods) it can be harmless.

What do you think? Post your thoughts in the comments below!