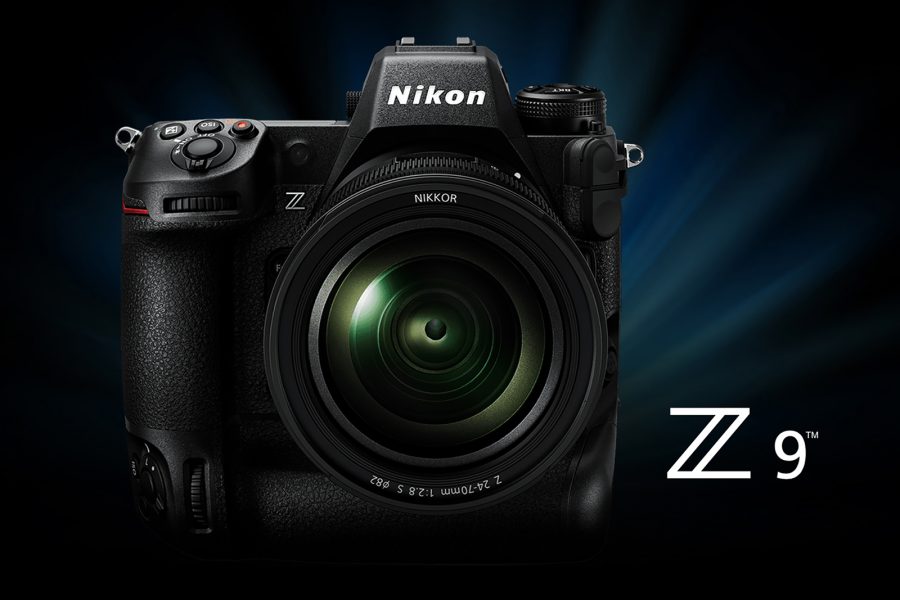 Today, Nikon has officially announced a new flagship mirrorless camera: the Z9. With a host of top-end professional specifications, the Z9 promises to align itself with the Sony Alpha 1 and Canon R3 on almost all key features, whilst excelling in some areas.

The notable area in which the Z9 has exceeded the competition is a sensor with the “world’s fastest scan rate,” which will serve to minimise rolling shutter and flickering/banding under artificial lighting. 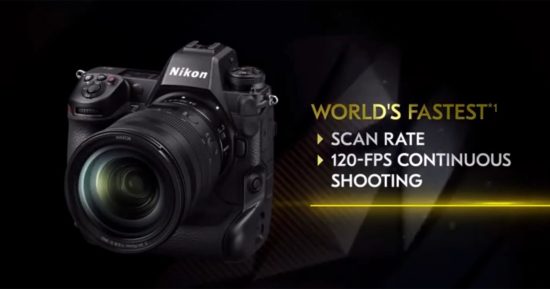 The Z9 also offers 8K video recording, with Nikon reporting that the camera suffered no overheating issues in recording times up to 125 minutes – unlike those that have plagued the Canon R5 since its release.

4K video is oversampled from 8K, offering extreme sharpness. The Z9 also spits out ProRes 10-bit 4:2:2 files internally, with the option for compressed h.265 files at 8 and 10-bit for those looking for a more lightweight workflow. 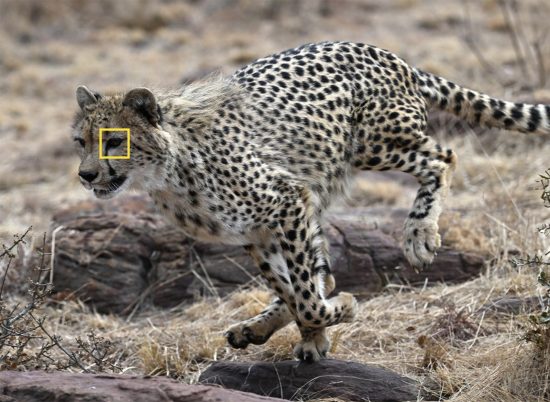 When shooting in “Auto-Area-Focus” mode, these subjects will automatically be detected and focus will lock onto them even in complex situations – for example when swimming. Nikon claim that the AF subject detection functions well in low light, as far down as -6.5 stops EV.

The camera also features a new “Starlight” mode that apparently enhances the focus ability down to a max -8.5EV. This feature is aimed at low light photographers, such as astrophotographers, who have traditionally found it hard to focus through the viewfinder, particularly with mirrorless bodies with EVF displays.

Nikon claims that the new autofocusing system is capable of functioning accurately at speeds of up to 120 cycles per second when shooting in the max speed burst mode. However, we have not seen any real-world tests so will be keeping an eye out for users reviewing how accurate the AF is at these speeds once the full production units start landing in users’ hands.

The Z9 offers blisteringly fast continuous stills shooting at 120 frames per second (non-raw; 11-megapixel JPEG files). Whilst the reduced file-size is necessary for such high speeds, in some situations the trade-off of sacrificing the 45.7 megapixel image may be worthwhile.

When shooting raw, the camera maxes out at 20fps – which is 33% slower than both that Sony Alpha 1 and Canon R3. However, the camera does feature a 1000+ image buffer and packs dual CFexpress Type B card slots, so frustrating camera lag and buffer time should not be a problem. 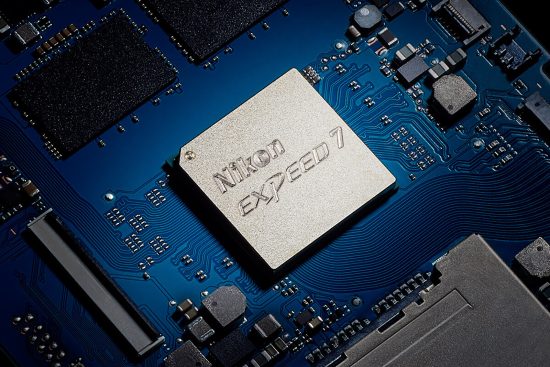 Nikon has introduced a new and improved VR IBIS into the Z9. With a combination of IBIS and electronic vibration reduction, Nikon claims the Z9 corrects trapezoid distortion from wide-angle shots.

The camera has a full-frame stacked CMOS sensor designed by Nikon to “bring ultra-high-resolution image quality to high-speed shooting applications”. “While achieving “the world’s fastest scanning speed”, 12x faster data readout than the acclaimed Z 7II, and rendering excellent image quality in stills and full resolution 8K videos – all while being packed into a body smaller than any of Nikon’s previous flagship cameras. 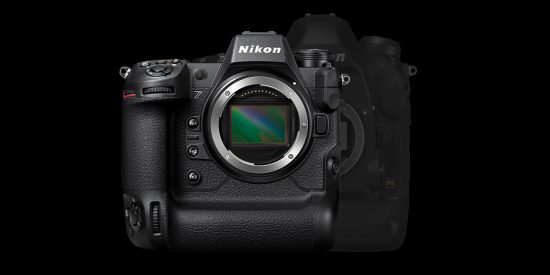 The body has all of the weather and dust sealing that we previously saw in the Nikon D6, along with an integrated battery grip, but in a package that is about 20% smaller. There is a dual coating on the optical filter, made up of a fluorine coating and an electroconductive coating, that was developed to repel dust from the sensor in conjunction with the integrated sensor shield that deploys when changing lenses.

The Z9 features a completely new 3.2-inch touch screen that moves over four-axises, meaning that photographers will have the ability to tilt the screen both vertically and horizontally. The EVF has a “bright Quad-VGA” screen that is adjustable up to 3000nits for a better experience in bright conditions. 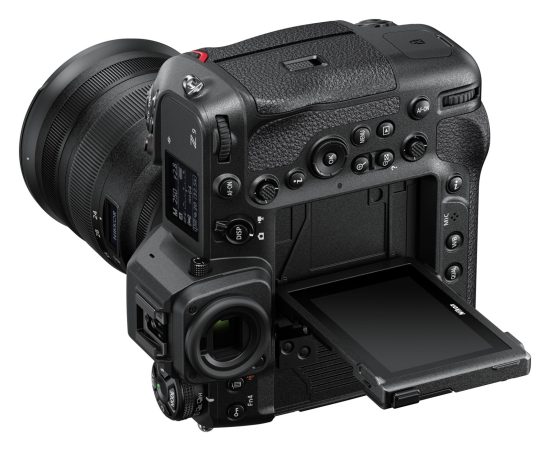 While all of this may make the Z9 a worthy camera of holding the flagship spot in the Nikon line-up, perhaps the most exciting part is that Nikon already has firmware updates locked in the diary for 2022 which promises 12-bit raw video internally recorded, in ProRes Raw HQ and N-Raw formats.