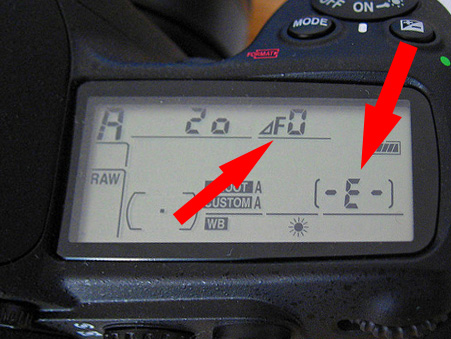 As photographers our cameras are our workhorses, and for the majority of the time they work perfectly. However, sometimes you will see an error message on the top LCD and taking photos becomes impossible. This can be really problematic in the field, especially if you have no idea how to fix such a message. Here are some of the error codes you may see on Nikon DSLR cameras, what they mean and some possible ways to fix them. 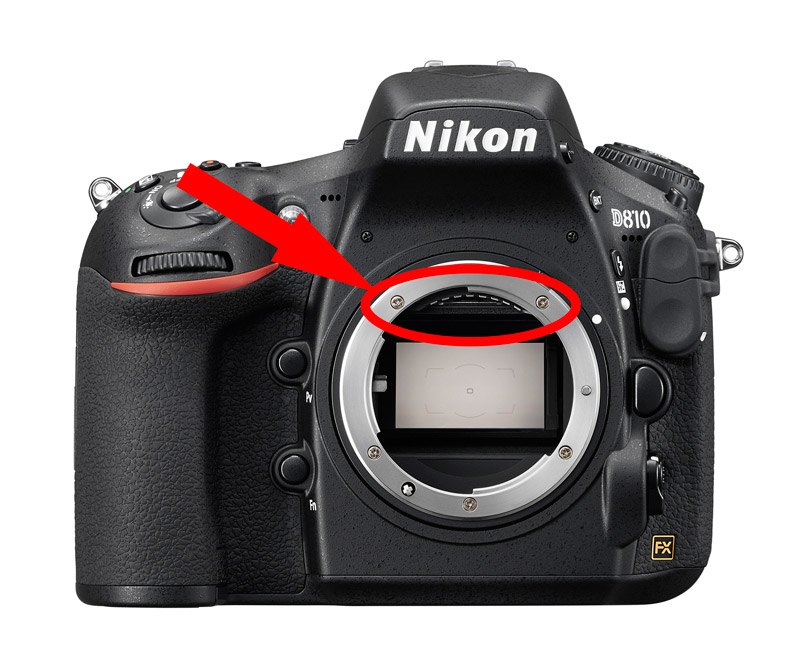 This is probably the most serious message you might see, as it can occur because of a variety of problems.

Another thing to try is completely removing the battery from the camera and inserting it again. This is effectively a hard reset (no data or settings will be cleared).

Is the problem still persisting? Try another lens on the camera to determine which piece of equipment the fault is with. If the camera works with another lens, the chances are it is still the contacts on the lens causing the issue. A trip back to the Nikon Service Centre will fix any persistent issues for you.

This is the message you will see only if you are using lenses with an aperture ring. This is common with older lenses, and the fEE error message will appear if the ring isn’t set to the minimum aperture size. Just turn it back to this point, most likely highlighted in an orange font. If you can lock the aperture ring into place, then make sure you do this – it’ll stop you knocking it out of alignment again. 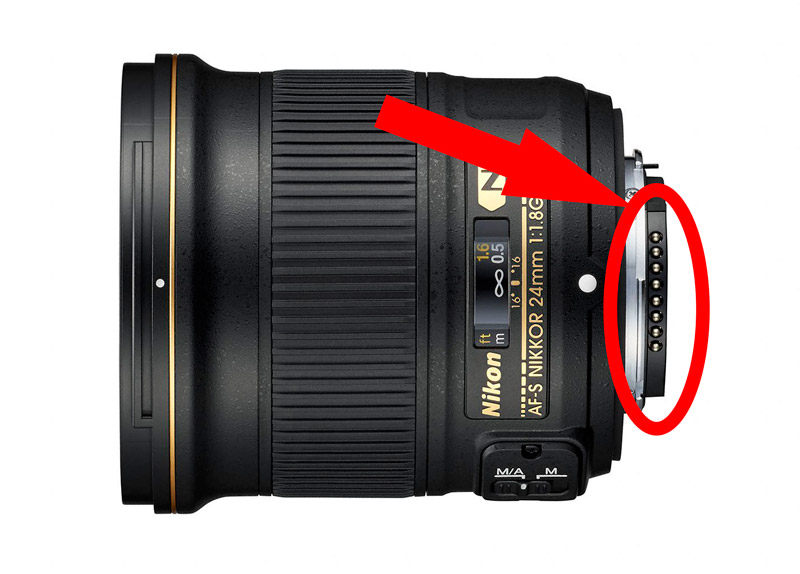 This error appears when the camera cannot communicate with the lens. Unmount the lens and clean the contacts on the rear of the lens (as shown in the image); you can do this gently with a microfibre cloth. Reconnect the lens and try again.

If the problem persists, then this can be a more serious problem with the equipment and a trip back to the Nikon Service Centre may be in order to realign the contacts properly.

This simply means that you don’t have a memory card in the camera. It’s an easy fix – just pop one in. If you’re seeing this message whilst a card is in the camera, then the camera is unable to read the card properly. Try gently cleaning the contacts on the card (the metal bits that make the connection with the camera) and see if that fixes the problem. If this doesn’t work, you can try formatting the card in the camera – but remember that you’ll lose any photos on the card.

Still having trouble? Try another card. This will let you determine whether or not the problem is originating with the card or with the camera. If the latter, then you may need to take your camera in to be serviced by Nikon.

This  means that there is a problem with your memory card. It usually happens after you’ve copied images from the card, and can easily be fixed with an in-camera format of the card. If the issue is still happening, then you may have a problem with the contacts. Try cleaning them, and if this doesn’t sort it then send it in to Nikon for repair.

This is the code you’ll see if the lens hasn’t properly clicked into place. It’s usually a simple fix – just unmount and remount the lens, making sure that it clearly clicks into place. If you’re using an older lens, then it’s possible it doesn’t have electronic contacts so can’t communicate with the camera.

Another possible message for a lens that hasn’t properly mounted to the camera. Unmount and remount the lens, making sure it clicks into place, and your troubles should be over.

This isn’t an error message, but a lot of photographers come across the camera being stuck on an r-number with it refusing to take a photo when the shutter is fully pressed. This could be anything, such as r36 or any other number. What it actually shows is the remaining number of photos that can be taken on the buffer and appears when you half-press the shutter.

So why won’t your camera take a photo when it is fully pressed, but instead still shows the r-number message? Well there are a few reasons for this. By default your camera will prioritise the focus of an image before taking a photo (this can be overridden in the settings), so if you are shooting in a very dark environment and your camera can’t obtain proper focus then you’ll see this r-number until it locks on to something.

Other reasons include having the camera set to the self-timer or a remote of sorts; the r-number will show until the timer is complete or the remote is triggered.

For a definite fix, sending your kit back to the manufacturer is your best bet. You can find details for the Nikon Service Centre in the UK at this link. If you’re looking for the USA Service Centre, then you can find that here. Be prepared that you could have a hefty bill though, as camera parts can be expensive and you have to pay for labour too. Give them a call and ask for an estimation on costs if you are worried. If you’re covered by a warranty then you’re in luck – repairs should be free of charge.

You may also have a warranty from your retailer so it is worth contacting them too. You don’t have to go direct to Nikon though. There are also third party repair services available. I highly recommend Fixation, in the UK, if you are wanting to get a repair done elsewhere.