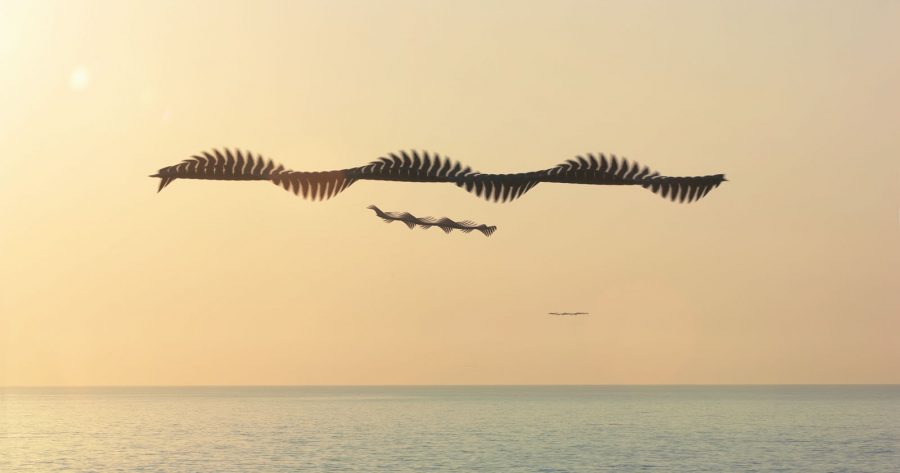 When we see an image of a bird in flight, it is often pictured alone or in a flock, frozen against the sky with their wings spread against the air currents.

But Spanish photographer Xavi Bou decided to take a different and awe-inspiring tact, by recording the dramatic flight patterns of birds into standalone images.

Titled Ornitographies, the series is inspired by Victorian chronophotography, which captured movement by combining several different frames together.

Bou’s images are carefully crafted composites of multiple bird images in flight from the same position, that are then layered on Photoshop to forge spellbinding shapes that twist and turn through the sky.

From a pair of streaking black ribbons weaving together before a blue sky, to a torrent of surging black taking on the appearance of a sinister storm cloud, each composite is a captivating insight into bird flight.

Journeying out to Iceland for his most recent captures, the patterns are depicted against the bleak Nordic landscape. Travelling to the country allowed him to work with the northern fulmar, a prolific seabird across the island.

After graduating in Geology from Barcelona University whilst studying at the International Photography Grisart School, Bou began working in the fashion and advertising photography sector. But as his website states, Bou’s love for the natural world pushed him to consider it “as the main character for his artistic projects.”

From there he created the Ornitographies, through an exploration of technical prowess combined with creative intuition and a passion for nature. The fascinating images have been rightfully featured throughout the media, including the world-famous National Geographic. 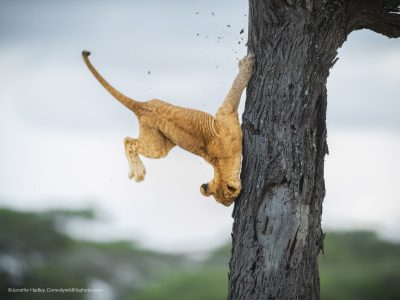