Margot Raggett: From Amateur to Professional 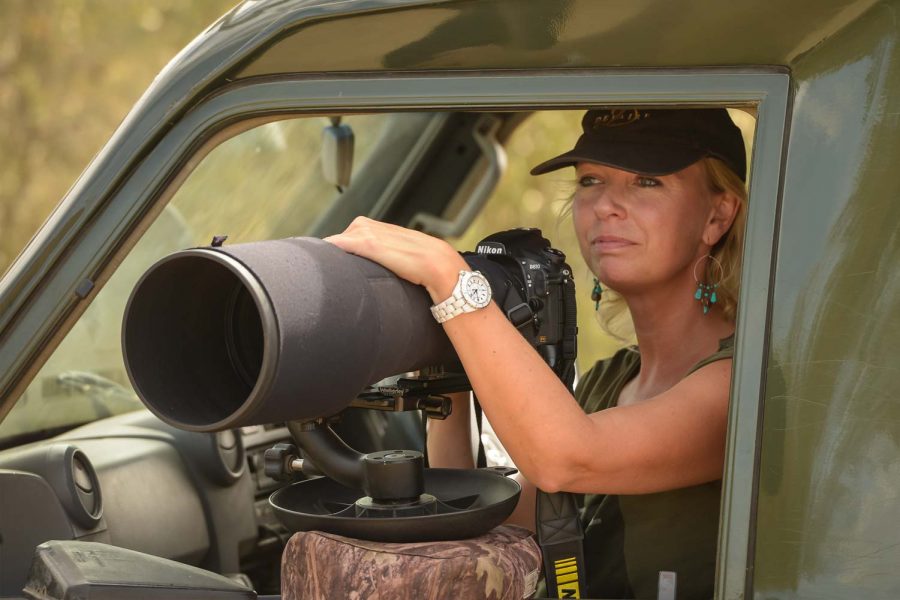 Margot Raggett is a former PR director turned wildlife photographer, and the driving force behind the Remembering Wildlife series of books. So far, more than 12,000 books have now been sold worldwide and more than £500,000 has been distributed to conservation projects across Africa and Asia.

Nowadays, Margot dedicates most of her time to the book series and speaks passionately about her belief that wildlife photographers should be doing all in their power to protect the species that they make their living from through photography.

I caught the safari bug first, back in 2000 when I took my first trip to South Africa. I was visiting friends in the wine region but tagged on a short stay at a game lodge in the Sabi Sands, because as the friend I was visiting said, “you never know, you might never get the chance to go on safari again.” Little did she know how that suggestion would change my life! On the first drive I saw a newborn giraffe and I was hooked.

But it was many safaris later, in 2010, that I took my first proper pictures. I had signed up to a migration safari to the Maasai Mara with Jonathan & Angela Scott, not realising until the day before I went that it was supposed to be a photographic safari. I bought a Nikon kit camera and opened the box in my tent for the very first time.

I took terrible pictures that trip (not helped by the fact that the lens only went up to 70mm) but was inspired by the Scotts’ photography and the presentations they gave each evening. I left determined to get better, signed up to a course at the London School of Photography on the basics and upgraded my gear.

This image was taken on my second safari in 2011 when I’d upgraded my gear and attended my first course. 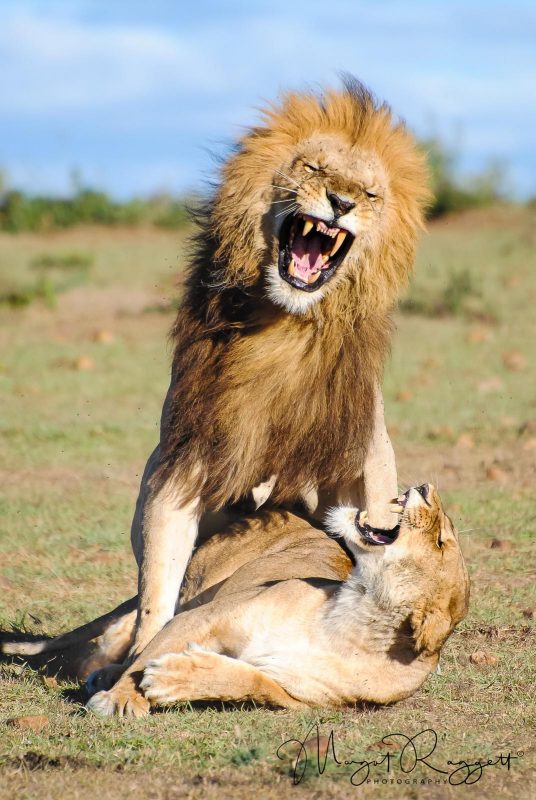 The gear was still not to a professional standard, but at least I had a zoom which went up to 300mm – which helps a lot with wildlife of course. When this sighting happened, I remember clearly looking at the back of the camera afterwards and realising I had nailed the moment. I showed a friend in the car and he declared that was “the money shot” which I was chuffed with.

That moment really helped me realise I might have some ability if I continued to practice, which I determined to do there and then. And looking back on it, I’m still pretty pleased. I don’t think I’ve managed a better mating shot since, despite many years more experience and much better gear!

Show us two of your favourite photos – one from your early days, and one from your professional career. Why they are they your favourites, and what made you so proud of them at the time. How do you feel about the older image now more time has passed?

These were the first leopards I ever saw, taken at Ulusaba in Sabi Sands in 2009. I was excited to see not only a mother but also her cub, that the picture is a favourite, but I realise now that at that point, I was taking images as memories, rather than ‘making’ images.

Clearly everything, from chopping the feet off to no sight of the faces, is now ‘wrong’ in professional terms – I just wasn’t thinking in that way in those days. 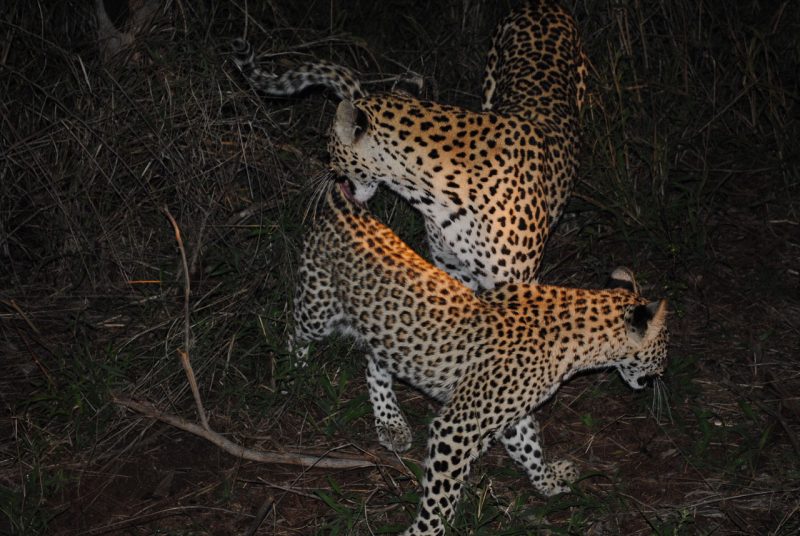 This image was taken five years later in the Maasai Mara when I had definitely moved into ‘making’ images. It took all morning of following this lion to nail this particular image. 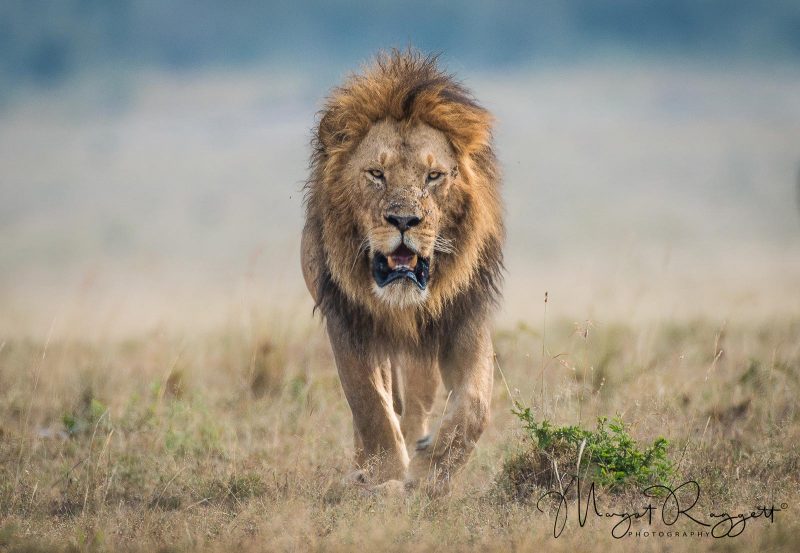 When did you decide you wanted to become a professional photographer?

There wasn’t a pivotal moment; more an evolution in my confidence and determination to spend more time in the field. I figured out that not only does it take technical competence and gear able to meet the demands you need to place on it, but also it takes time. And you need a lot of time to be there when the magic happens.

It was in 2013 that I managed to find a camp in the Maasai Mara (Entim Camp) who allowed me to barter my time and marketing skills in return for long stints in camp, and that helped me enormously in my journey.

How did you transition into this and how long did it take?

As I’ve said, it was finding a way to spend more time in the Mara that made all the difference. For the next three years I spent up to three months a year there, in the field every day.

The first time I got images published and paid for – that was a real turning point. It was the Mail Online and I remember only finding out when I turned on my phone after a flight to Kenya.

Seeing your work published is always a thrill and that made me realise I really could earn money from that too if I worked hard.

Leopards are a bit of an obsession for me, so I guess they are probably the species I’ve revisited the most. Since I’ve already shared my first ever leopard shot, I’m sharing three more from my professional days and I guess my approach is also as previously described!

I have evolved to be much more focused on trying to capture the perfect ‘moment’ in my portrait work. The more I can isolate or frame the subject the better and this has really been helped in my later acquisition of a Nikon f/2.8 400mm lens which is my most treasured piece of kit.

It is the perfect length for wildlife, works great in low light, and is pin sharp where I need it to be, at any distance and with converters, and the f/2.8 provides beautiful soft backgrounds. All of the images below were taken on this lens. 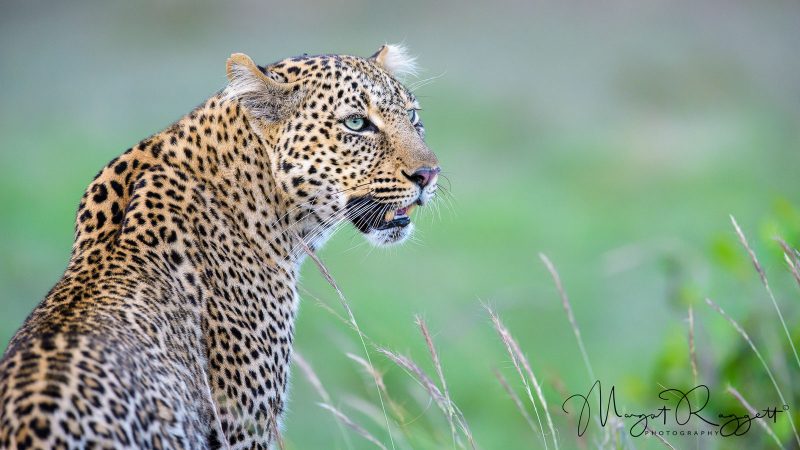 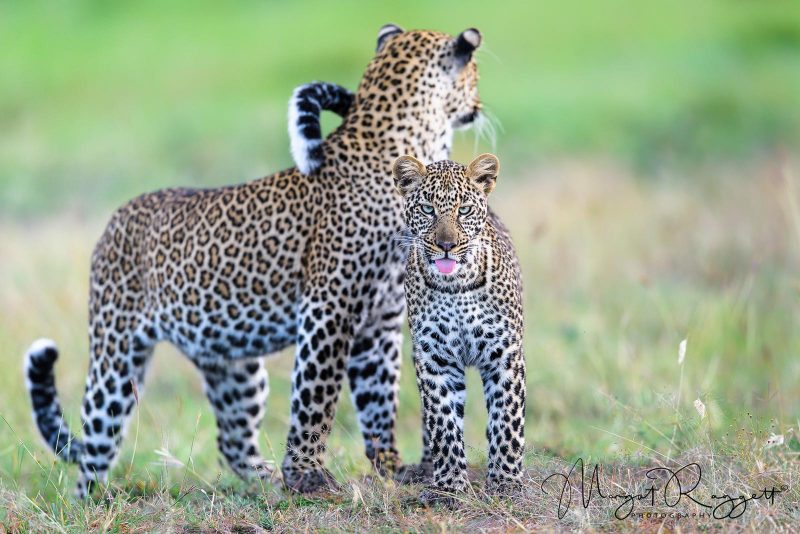 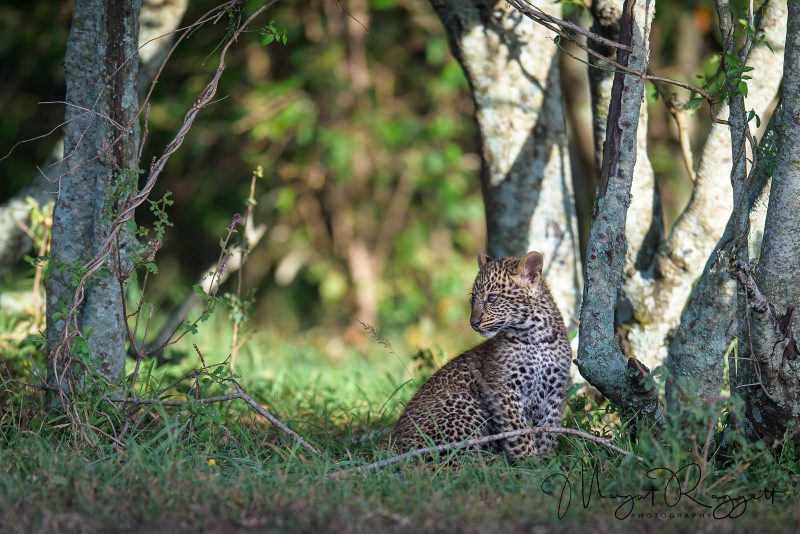 Learn how to use a camera before – not after – your first safari. If you can learn to use a camera as comfortably as you can say drive a car (i.e. not think about it) then you can concentrate on the composition and other aspects more in the fast-paced moment you see wildlife.

In the early days, I was still working out how to use the camera and a safari is an expensive place to do that! Jonathan Scott gave me some great advice which I’ll now pass on: while you are learning, pick up and use your camera every day, even if just in your local park. Practice really does help.

What was the most valuable lesson you’ve learnt? What photos have you re-visited over time?

Your ability to take great images is influenced enormously by the positioning of the vehicle you are in – from the light, the angle, any obstructions etc.

Unless you are able to drive yourself, it is critical to try and work with a driver/guide experienced in the needs of a photographer, who can instinctively get you to the best place for the shot given any situation. If they can’t or don’t know, then you need to work to guide them rather than just accept where you end up parked.

What has changed in your approach since the first shoot/s?

I take a lot less pictures nowadays! To start with, I would fire away hoping for the best and that one image would turn out ok. And in some situations that’s still appropriate, such as when a leopard is descending a tree or cheetah is hunting. But when an animal is relatively static and you are working on portraits rather than action, I now will sit for long periods without taking an image at all, just waiting for the moment that captures my imagination.

It is good to have an idea of what you hope to capture in a moment and then work to position yourself to be ready to take the shot when and if that happens, though that of course can mean sometimes you come away with nothing. And for me, I guess a kind of style has also emerged where I’m most interested in the interaction between animals – intimate moments of connection – like this one below. 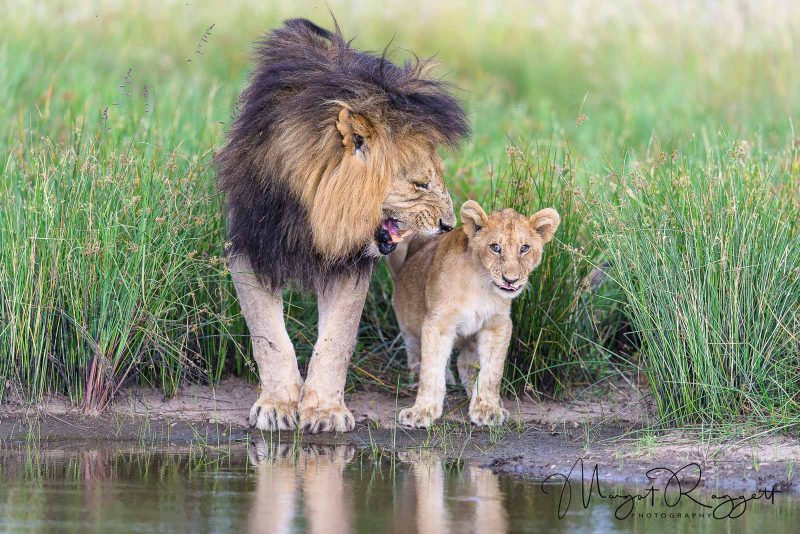 For this particular image, we found lions mid-morning, sleeping under a bush after finishing a kill. There was no shot to be taken there really and I started looking around trying to anticipate what would happen next. We spotted a waterhole nearby and realised it was highly likely the lions would want to drink at some point soon, as eating a kill is invariably thirsty work!

So we headed off to the other side of the water, meaning we’d have a view across if they took the shortest route to the water. After an hour or so that’s exactly what happened. The male came in first and then curious about what Dad was up to, a cub came in too and started annoying the male. I love the grumpy expression of the male and the sheepish one of the cub, it tells a real story.

And I guess that’s also what I love most about photography really. That you are able to document the briefest of moments, from interactions like this to the sun coming from behind the clouds. Each moment is utterly unique and will never repeat that exact same way. What a special privilege it is to be able to capture it for all time.

You can visit Raggett’s website to see more of her work. For more from this series, subscribe to our free Nature TTL newsletter.