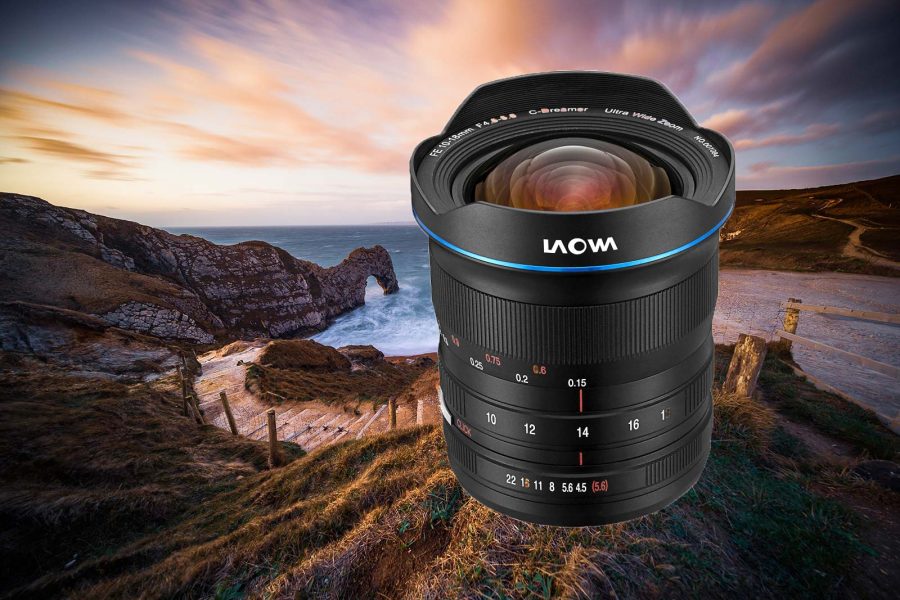 Laowa are no strangers when it comes to creating unique wide-angled lenses. They have a 15mm f/4 macro, the only ultra-wide full frame lens capable of 1:1 macro. A 12mm f/2.8 with near zero distortion. A 15mm f/2 for mirrorless full frame cameras… you get the point. For a while, Voigtlander’s 10mm f/5.6 held the title as the widest full-frame rectilinear lens, and there are currently no other lenses to offer this astonishingly wide angle of view. Until now.

The Laowa 10-18mm f/4.5-5.6 lens has has been designed to be small and compact, hence the “C-Dreamer” in the name; the “C” stands for compact. Currently, only full-frame mirrorless cameras with a Sony mount can use this lens, but Canon and Nikon compatible mount versions (for their respective mirrorless ranges) are in development. 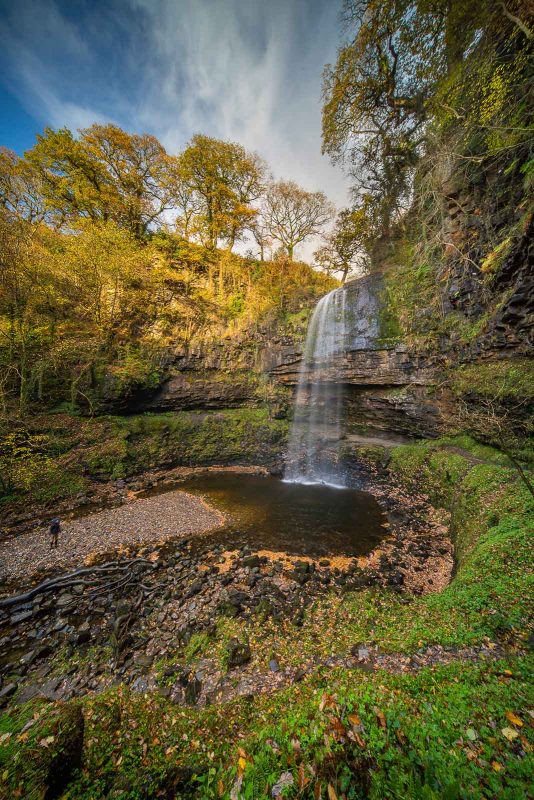 A quick look at the specs 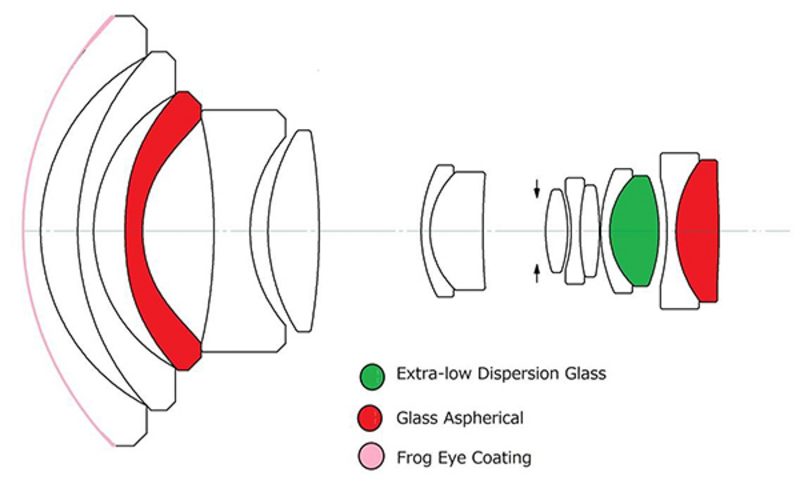 Like all the lenses from Laowa, the 10-18mm features a fully metal build. It feels solid in the hand, and the focus ring is large (and is as smooth as butter when turned). Personally, I find that the focus ring has just the right amount of resistance to it. The zoom ring is about the same thickness as the aperture ring, and this also turns very smoothly with roughly the same resistance to it as the focus ring. As for the manual aperture ring, this has the option of being de-clicked via a dedicated button, a feature favoured by videographers. Like the majority of ultra-wides, the lens features a bulbous front element, with a non-removable metal hood. 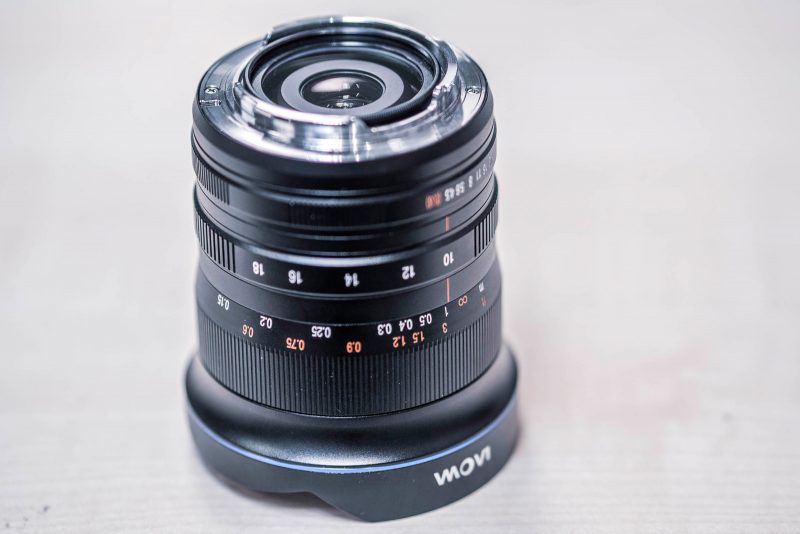 An 18mm lens on a full-frame camera is very wide… until you zoom out to 10mm. Below is an example of just how much more you can fit into the frame, starting from 10mm finishing at 18mm. As you can see, this is an incredibly wide field of view! 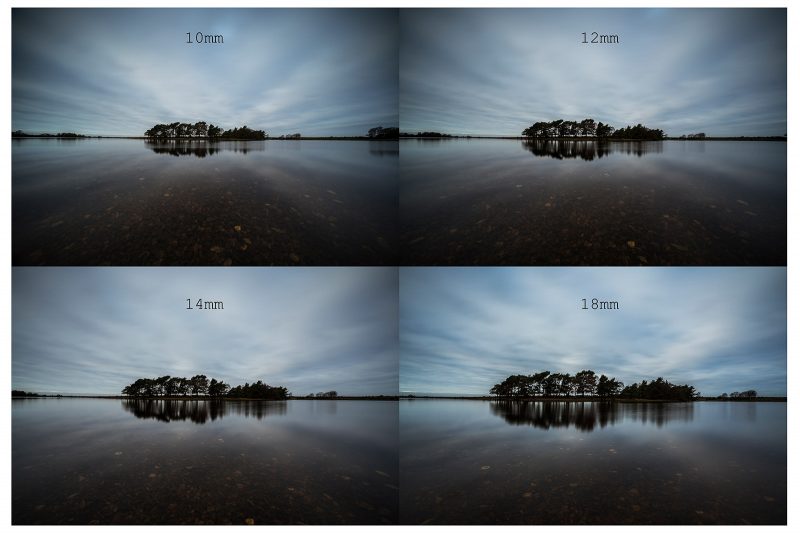 Like the Voigtlander 10mm f/5.6, it’s hard to miss the vignette, especially at the wider focal lengths where it is quite heavy and you lose roughly 3 EV in the corners when shooting at 10mm. It is certainly fixable in post, but be aware that you could lose detail by eradicating it. 18mm holds up pretty well and can easily be corrected in post.

The sharpness isn’t going to blow you away; it’s not the best in this regard and Laowa have stated that if you’re after excellent sharpness throughout, take a look at their 12mm and 15mm lenses. From what I’ve found, though, it’s still very good; but then again I have been using it paired with my high megapixel monster: the Sony A7r III. Overall, the image quality does look promising. Pixel peepers will uncover a few flaws, however. Centre sharpness is pretty good wide open, improving when stopped down to f/8 – f/11. The far edges of the frame are never as sharp as the centre and do suffer from softness but they improve slightly when shooting at smaller apertures. 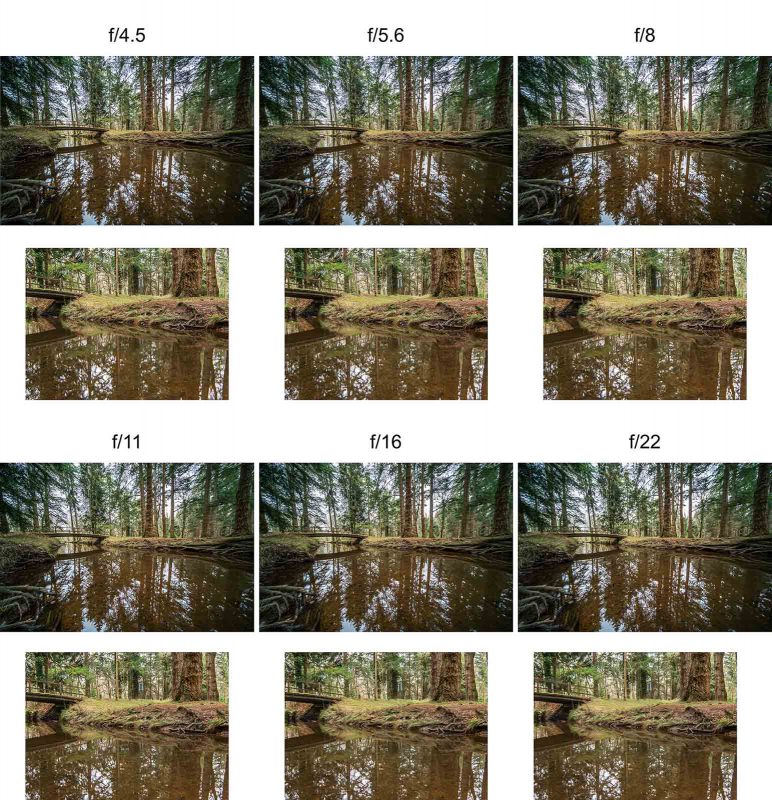 Whilst the optical formula has been designed to minimise the effects of fringing, it is not completely absent. Because it isn’t a heavy amount, it is really simple to remove in post. So no need to worry about that. Notice on the full image the corners have a blue colour cast; I’ve noticed that sometimes it can be a little bit green too. Not too sure why it happens, but it’s something that can be easily fixed in post. 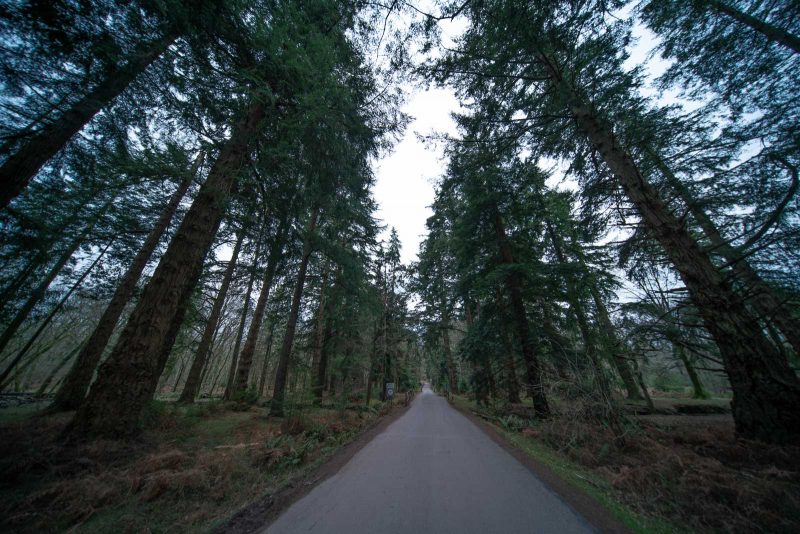 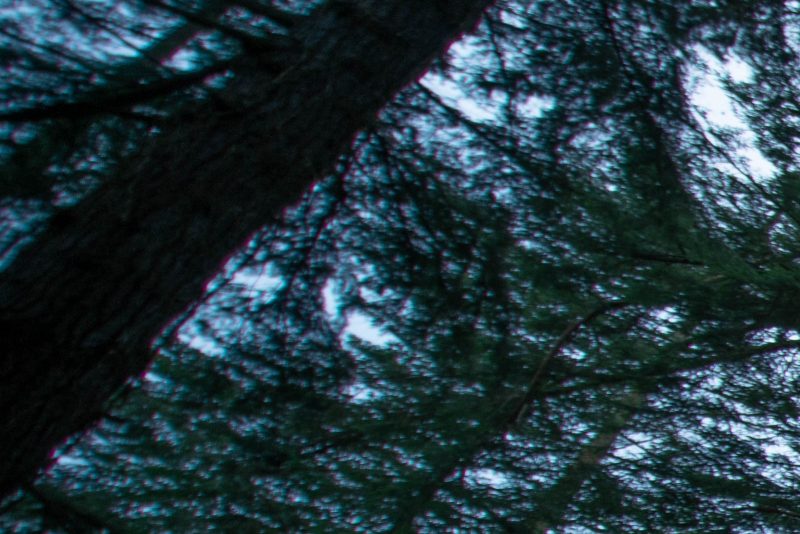 When pointed at bright light sources, a rather large red pentagon with a slight crescent appears. Unfortunately, at 10mm it is quite hard to keep it at bay, especially during sunrise/sunset shoots. Zooming in towards 18mm can sometimes help, as can composing the shot differently. 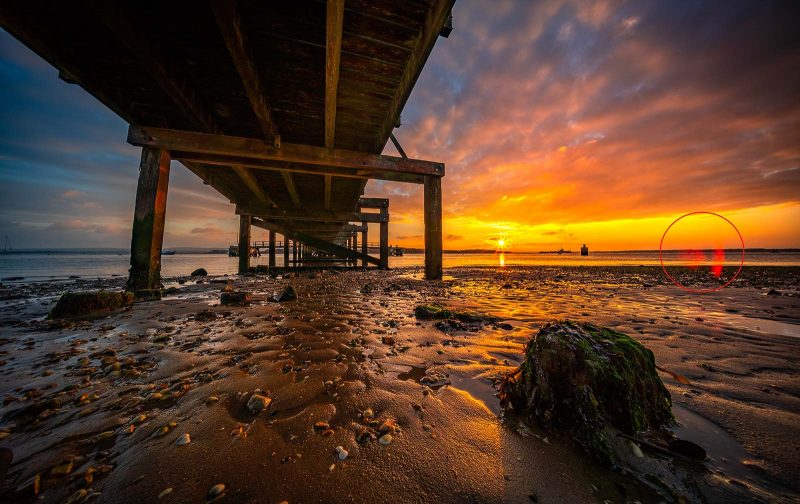 When speaking to the company owner and lens designer Mr. Li, he mentioned that a large amount of feedback from consumers was to improve the definition of the lens’ sunstars. This was taken on board and is now one of the lens’ main selling points.

The 5-bladed straight iris creates very striking and well defined 10 pointed stars. Even when shot wide open, any bright points of light will create a star with this lens. For me, a well-defined sunstar is a must. I really like them and, in my eyes, Voigtlander do still have the best – but this lens has really impressed me and I think they are as good. 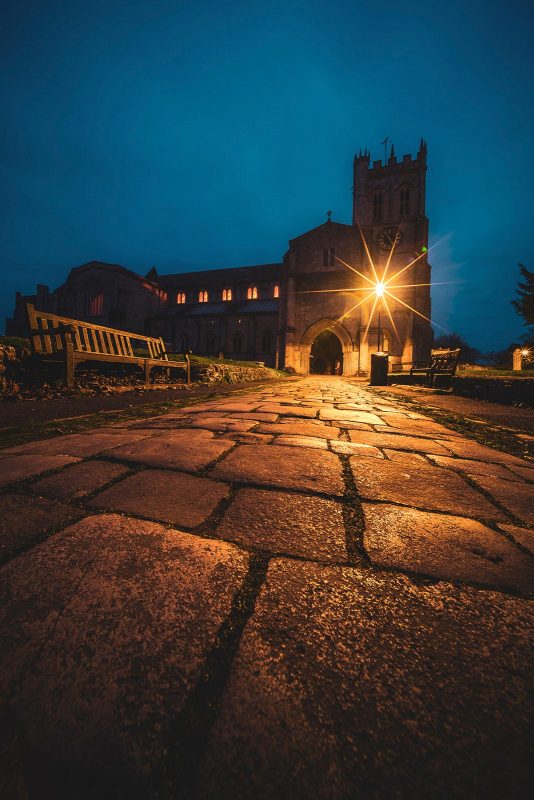 Distortion is noticeable, but it’s not in any way bad. This is something most people will be able to rectify quite easily in post and doesn’t bother me in the slightest. There are far worse performing lenses out there. Lens profiles in Photoshop or Lightroom will quickly counter this.

Screw in filters can be used, but not as you would probably think. It features a rather nifty 37mm thread at its rear, meaning you don’t need to fork out an extra load of cash for a large 150×150 filter system, like many other ultra-wides. It comes fitted with a standard ‘UV’ filter, which is said to be part of the optical design, so it is recommended to leave it in when not using ND filters. 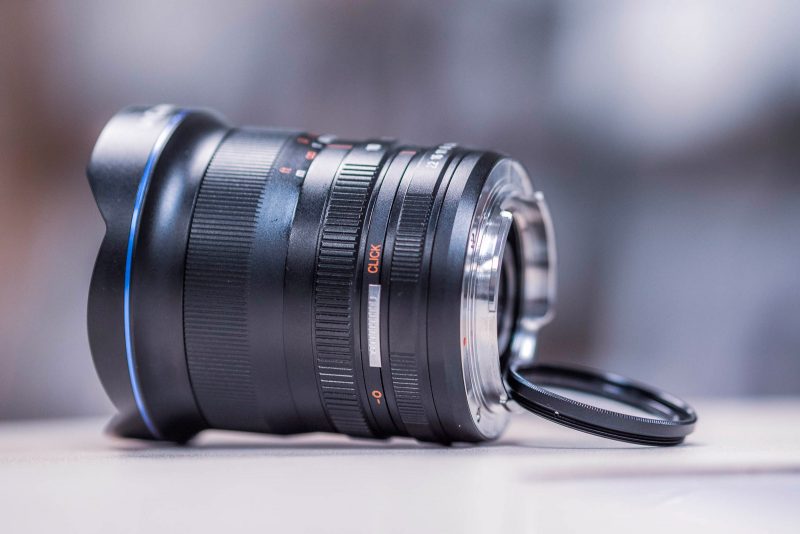 If, like me, you use 150x100mm ND grads, then don’t panic as they’ve got that covered too. Because of the lens’ compact design, they were able to create a front filter holder which uses standard 100mm filters. It is a magnetic design and comes with a 4-piece frame to go around the filter. The two long sides feature magnetic strips which keep it in place on the holder. It is very easy to slide it up and down and make minor adjustments. There is also a locking knob for extra security. This low profile design means zero vignetting at 10mm! Amazing. 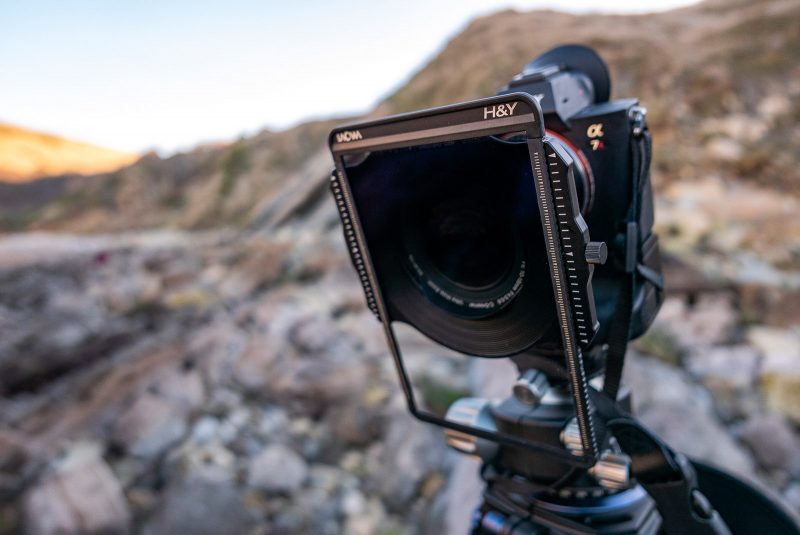 No EXIF data. I know Laowa can create a lens with electronic contacts, as their upcoming 100mm macro has them (Canon EF mount only though). Having a prime lens with no EXIF is manageable, you just need to remember what aperture you set it at. But to have to remember both zoom and aperture is a bit frustrating, to be honest. I hope in the future there will be an updated version with this feature.

Flare is quite bad and yes, there are ways around this, but I do wish it was a little better in this department.

I have noticed that sometimes I can see a colour shift in the corners, usually a blue/green tint. Easily correctable in post, but still something to be wary of. 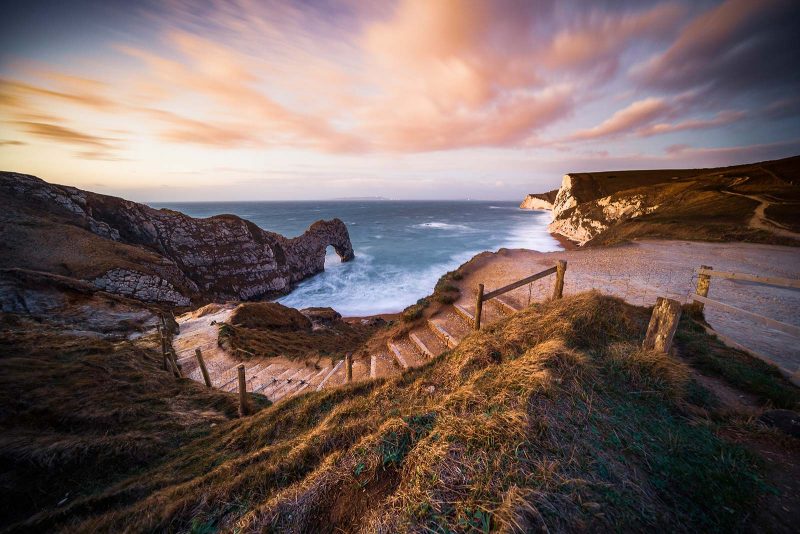 Strengths of the Laowa 10-18mm lens

This a full-frame 10-18mm zoom, engineering and designing this is quite an amazing feat. 10mm gives you such a unique perspective; it is both incredibly fun and challenging to compose your shots. It challenges you to find shots that will work, which isn’t always easy, but it sure is fun.

Sharpness is good enough for average sized prints. I’ve printed a 12×18 inch image of Durdle Door and I can see plenty of detail throughout. Although fiddly to set up on location, the rear 37mm filter thread is real gem for a lens of this type. The low-profile magnetic filter holder is a great addition and a must for serious landscape photographers. 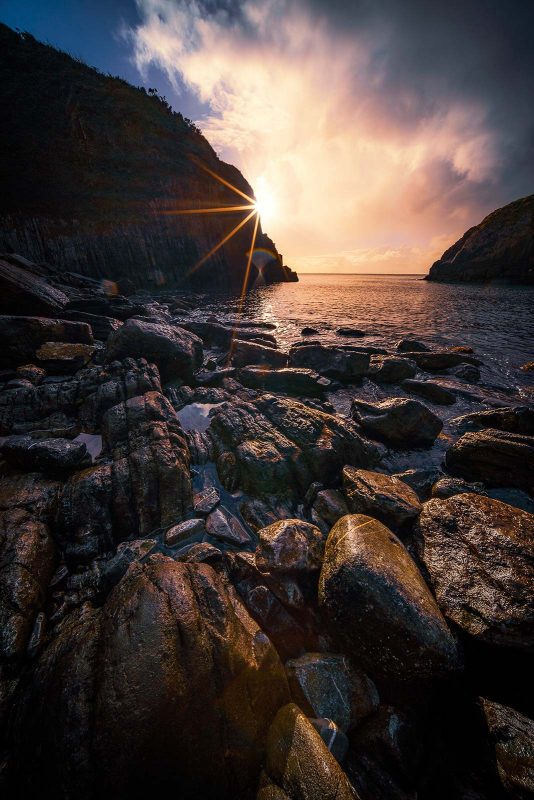 This is by no means a perfect lens. It’s certainly sharp enough, but not mind-blowingly sharp. Does this matter too much? Not necessarily. This was designed to be small and compact, which it is. Let’s be honest here, to produce a full frame 10-18mm lens in the first place is quite an achievement!

The Laowa 10-18mm has its flaws, but I can look past them simply because of the huge “fun factor”. I have really enjoyed shooting with this lens at 10mm for its unique look. There was the occasional time when I did use the zoom and shoot at the other focal lengths offered, but I already own the 15mm f/2, so really I wanted to be shooting at 10mm. This gave me a fresh perspective to work with and, whilst very challenging in some cases, shooting this wide is incredibly enjoyable.

When you have the right elements in your frame, this lens will reward you with some great shots. I think the lens can be forgiven for its flaws simply because it is an absolute pleasure to shoot with!