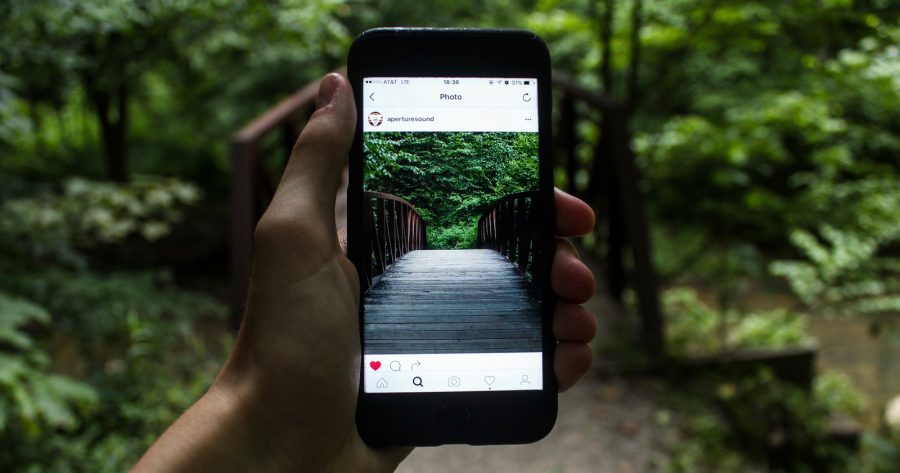 Although trolls and other pesky users are a seemingly permanent feature of Instagram, the Facebook-owned photo sharing app is going to new lengths to throw digital water on the flames of online hate.

Initially previewed in July, the Restrict feature has now been rolled out to all Instagram users. Although users could previously report or block people that were harassing them through the app, Restrict offers a less-severe option to those not wanting to cast others into total exile.

Touted as an anti-bullying tool, Instagram hope the feature will “quietly protect your account while still keeping an eye on a bully.” 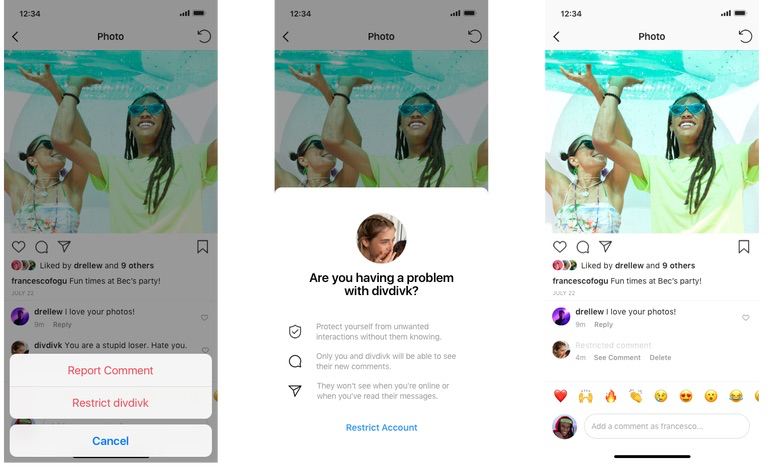 What this means is that a Restricted user will only be able to see comments that they post, and won’t be allowed to see if you’re active online.

Furthermore, when they do comment on your image, you won’t receive a notification – but you will be able to see the comment. You can then check the comment, and approve them for public viewing if you so desire.

If you feel that the user is no longer bullying or harassing you, then you can Unrestrict them and all will return to normal. 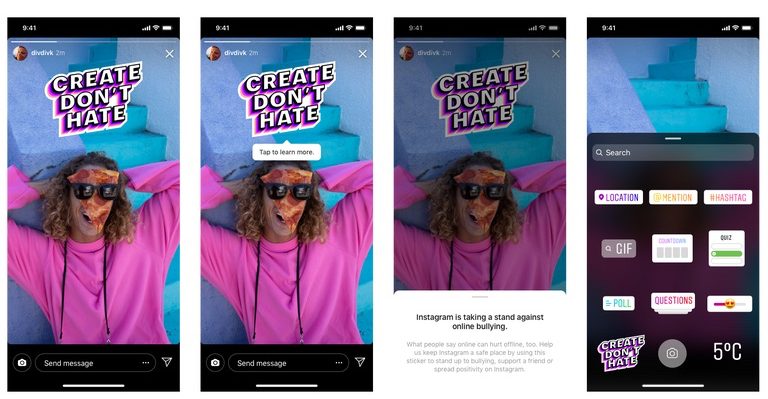 The announcement also came alongside the release of a “Create Don’t Hate” sticker in the app, encouraging the community to “share how they use their creative talents to stand up to bullying”.

Instagram has also partnered with PACER’s National Bullying Prevention Center, the Boys & Girls Clubs of America and Brazilian illustrator @leonatsume to create anti-bullying posters to be distributed across thousands of schools and community centres in the US.