Inger Vandyke: From Amateur to Professional 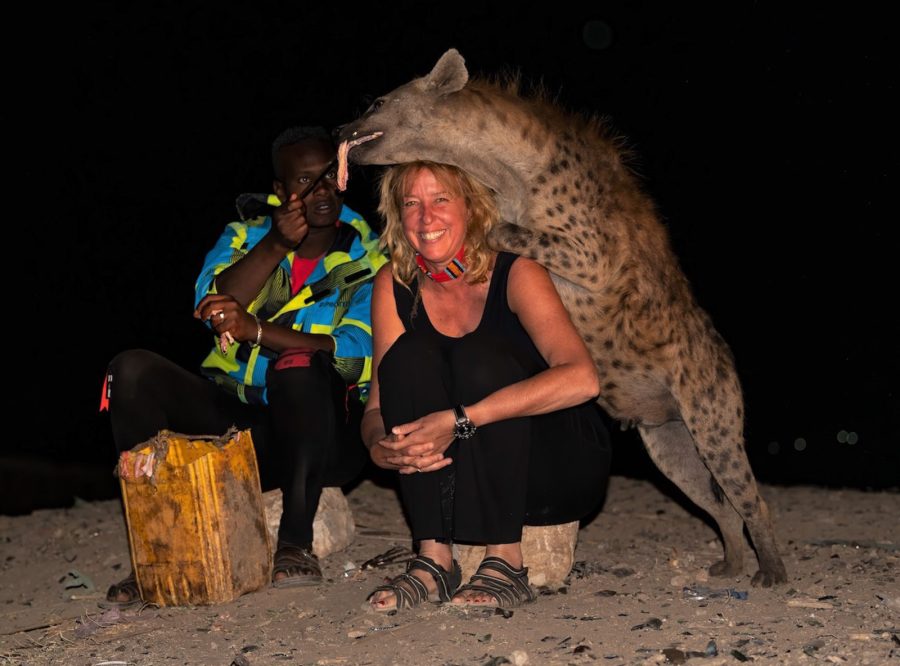 In our interview series “From Amateur to Professional,” we will be asking established nature photographers to share their photos and see how their practices have developed, changed, and improved over time. You’ll get to see the progression of their images, learn how they got started, and find out how they transitioned from amateur to professional.

To see more from this series, subscribe to our free newsletter.

Photographer and expedition leader Inger Vandyke may call the UK home, but more often than not her stays here are fleeting, as she travels the world photographing endangered species, remote communities, and leading tours.

Growing up on a fishing trawler in the Great Barrier Reef, Australia, as young girl, a passion for wild places and their human and animal communities took hold. And since the age of 15, Inger has rarely been without a camera in her hands.

Fast forward to today, and Inger’s work has been wildly published and displayed in exhibitions around the globe.

I have had some type of camera in my hands since I was 15 years old. I’m almost 52 now so I’ve been doing photography for a very long time!

It’s a little hard for me to find my first images as my early days were spent shooting on film and slide. I began my career by photographing albatrosses and other seabirds for a long-standing conservation program involving the study of albatrosses at sea. 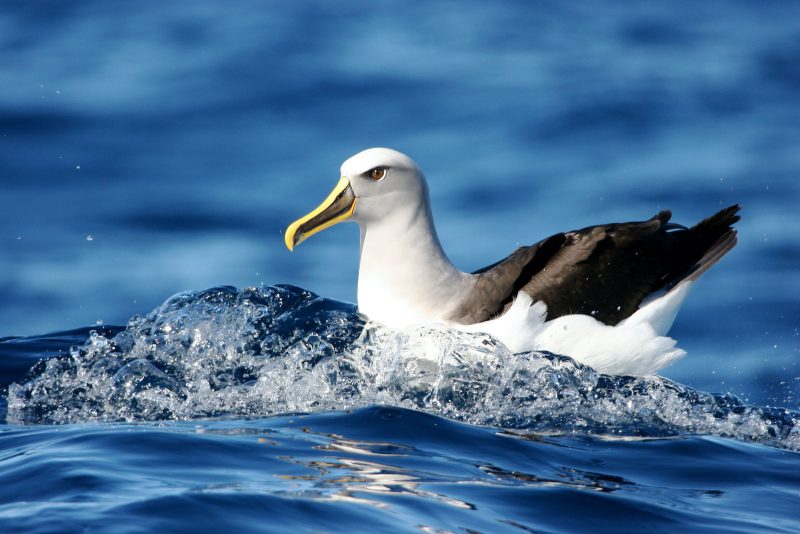 This image of a Buller’s Albatross was taken back in those days. I still love this image to this day as it was a beautiful bird shot in amazing light on one memorable day at sea.

Show us 2 of your favourite photos – one from your early/amateur days, and one from your professional career. Why do you like them, what made you so proud of them, and how do you feel about the older image now?

My first image was of a Hawksbill hatchling making its way to sea on remote Flinders Beach on the Cape York Peninsula in Australia. 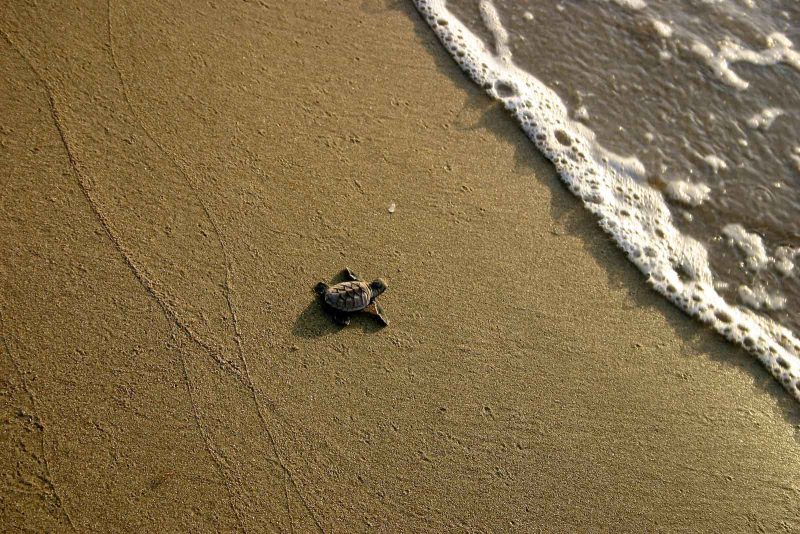 I was on assignment documenting the dangers faced by critically endangered sea turtles in the Gulf of Carpentaria and how scientists were collaborating with indigenous people to ensure a future for these animals through conservation.

The second image was of a wild Snow Leopard hunt and it is part of a series that became a defining moment of my career. 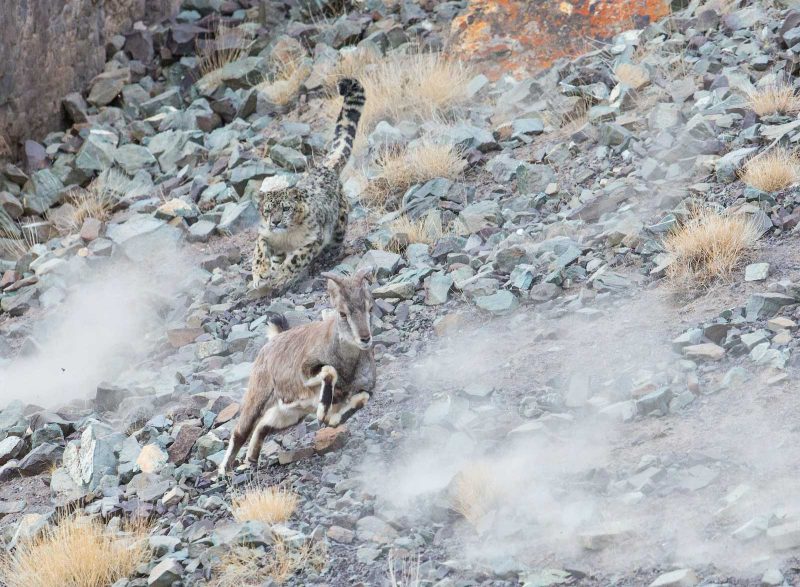 On that day I became the first person in the world to ever photograph a wild snow leopard hunt at close range.

It was shot in Ladakh at the end of a six hour wait in -10°C, and when we finally saw this hunt, I looked at my images praying that I hadn’t got it wrong because what we had witnessed was so unique and difficult to see in the wild.

I cried when I saw that they were all in focus!

I still look at my early work with great fondness. Although my technical and artistic flare probably has been enhanced through years of working as a professional photographer, I have always been fussy about how my work is presented to the outside world.

I was 30 years old when I decided to jump from doing photography as a hobby to becoming a professional. 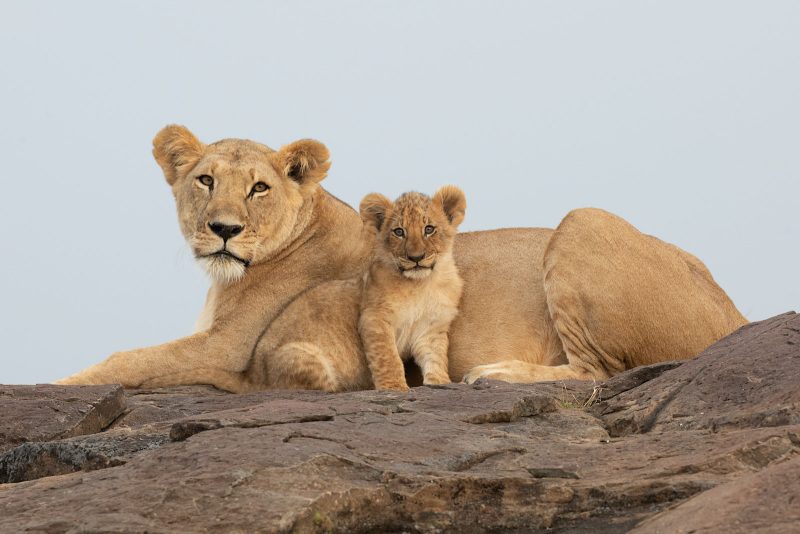 It took me around 8 years of working in a full-time job in academia and doing photography part-time until I had to start winding back my full-time work to accommodate the increased workload of my photography business.

I now work full-time as a photographer guiding clients all over the world. 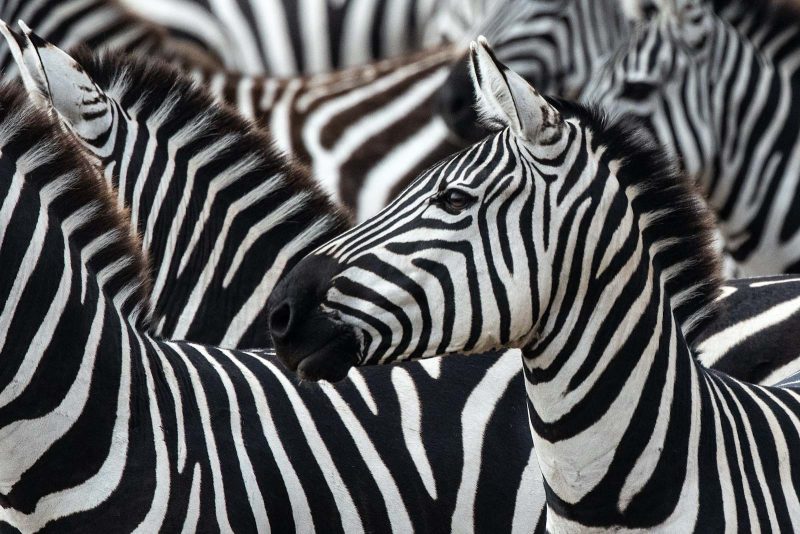 I made the decision to do this so I could be my own boss. In Australia, where women struggle with massive gender pay gap issues and also ageism in the workplace, I wanted to be in charge of my future, rather than have someone decide how my future might look.

Photography will never make you a lot of money but that’s not really why I am here. I have always wanted to have a big life, rather than a big house or a big car, and photography has given me that so I am eternally grateful for this choice.

I’ve had a few moments in my life which indicated I was probably on the right track, but the snow leopard hunt was published in over 300 outlets worldwide, and even now if you google me, you will probably get the most hits from my work with Snow Leopards. 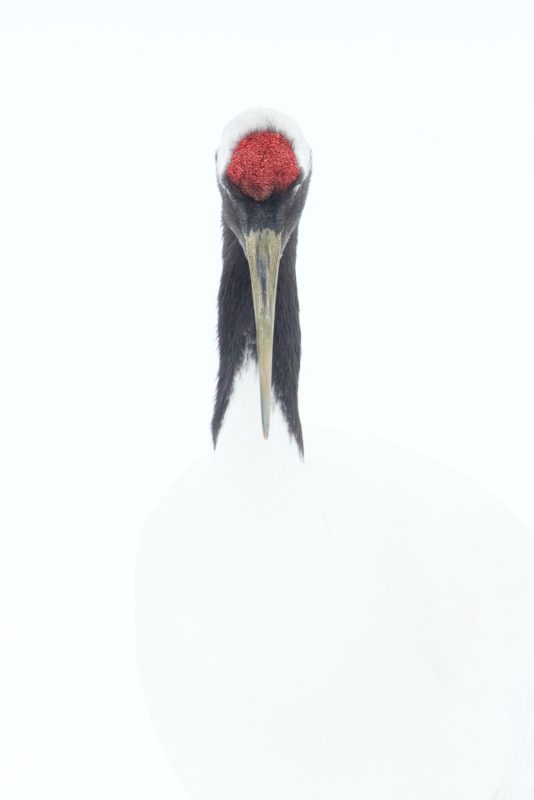 I have gone from being the ‘albatross girl’ to now being the ‘snow leopard girl’.

Are there any species, places, or subjects that you have re-visited over time? Explain what’s changed in your approach and technique.

I photograph both animals and people. While I have worked on some fascinating longitudinal studies of wildlife, my current preoccupation is with the vanishing cultures on the African continent. 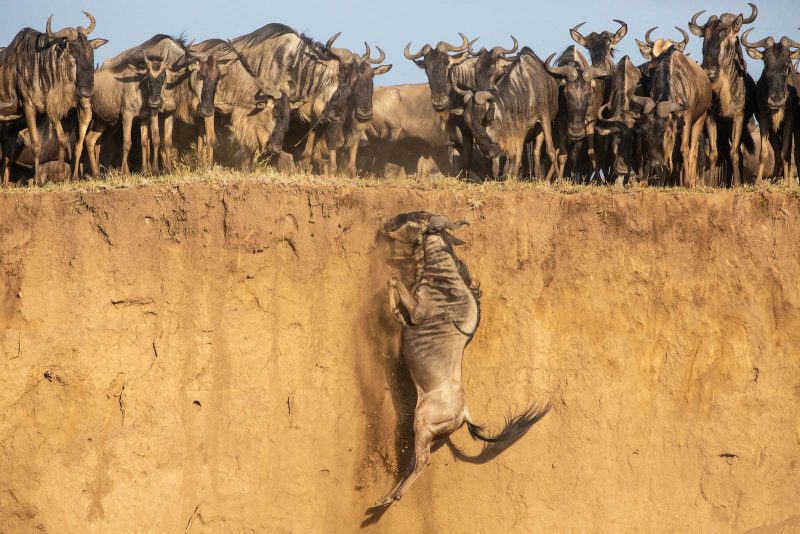 I have just returned from leading an ethnographic photography expedition in southern Angola. I first went to Africa when I was 19 years old and I lived with a family of Touareg people back then.

Over the time I’ve been visiting Africa, I’ve noticed such a huge change in the people there, particularly now as many nomads face some critical challenges due to geopolitics and climate change. 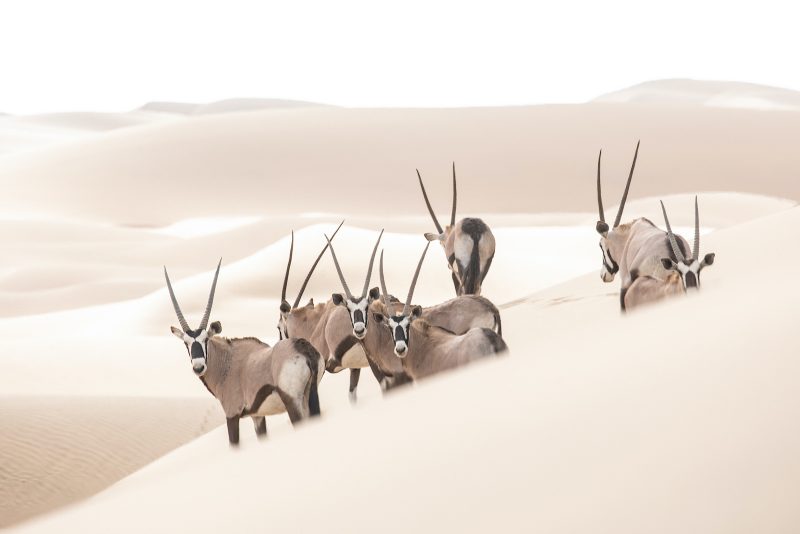 Africa now is a very different place from the one I first saw when I was young.

My hope is that my work from the continent will be a snapshot of what we stand to lose – both on the people and wildlife front – if we don’t start to pay attention.

Has anything changed in regard to how you process and edit your images?

I love new technology but I’ve always avoided over-processing my images in Photoshop. I will only delve into Photoshop if I have an otherwise wonderful image that needs a tricky clone job. 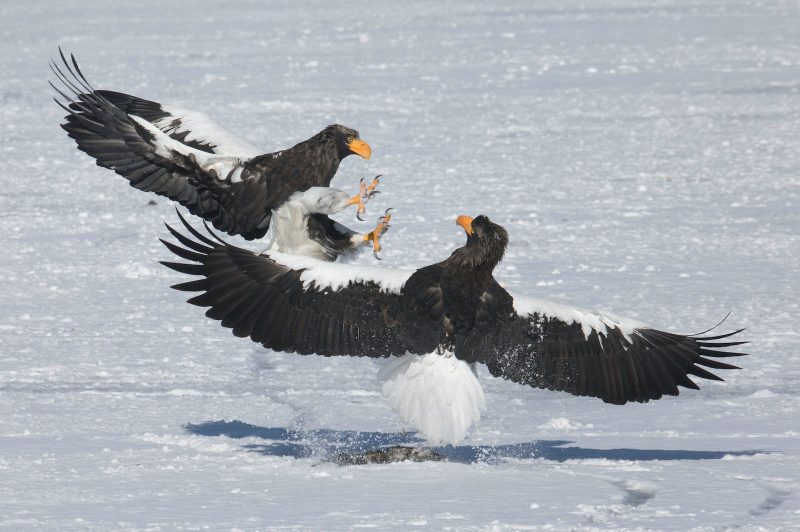 Aside from that, not a lot has changed over time. I still prefer to have a natural edge on my images, rather than an edited and contrived final look.

Well, aside from having regular bills on an irregular income and eating baked beans for three nights a week sometimes to survive, my biggest challenges came from overt sexism in my places of work, long hours, long periods away from home and some very tough working environments in places like Antarctica and the desert. 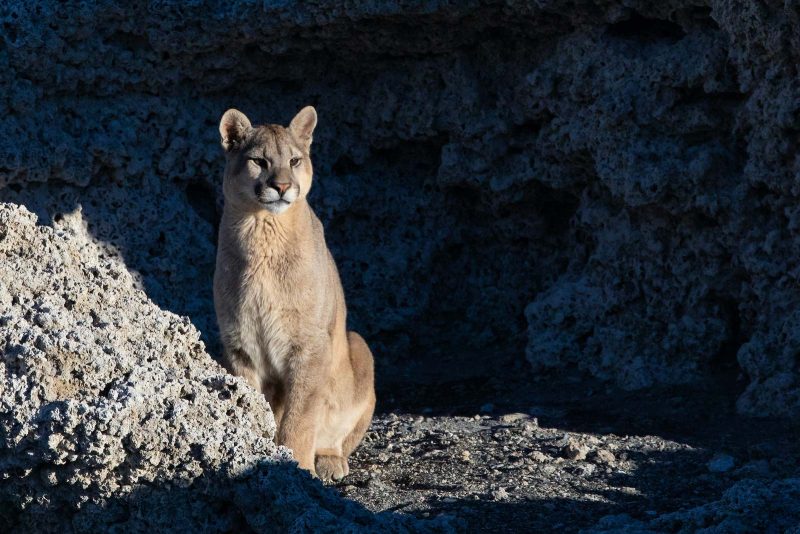 These days I am the General Manager of Wild Images Photo Tours, one of the largest photography touring companies in the world.

My biggest challenge these days lies in finding leaders who are the right fit for us as we never just require photographers. 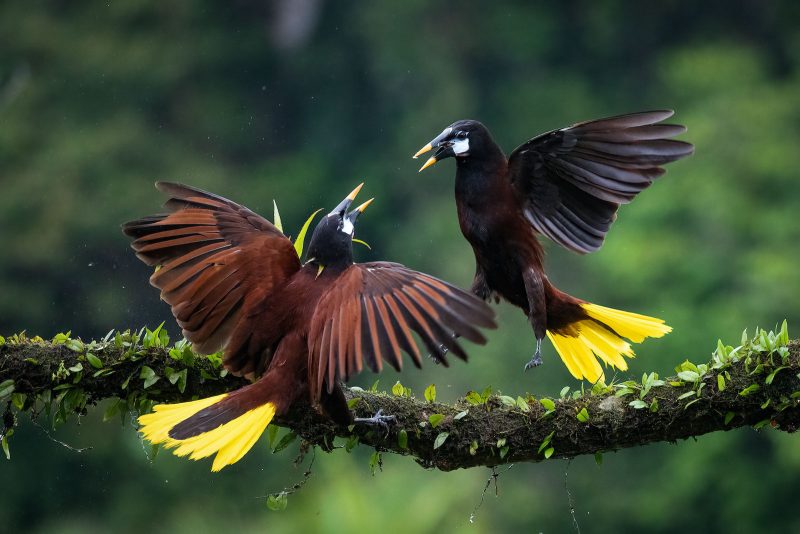 We need people who can be resourceful enough to solve problems in remote places, writers, good budgeters, drivers, radio operators and who have enough knowledge to know what they are looking at in the field – whether its wildlife or people.

After all, our leaders are the bridges between the experiences of our guests and the worlds they are being introduced to. It is important that our leaders prioritise the photography portfolios of our guests over their own in every case and that they know how to have fun whilst they pilot my groups around. 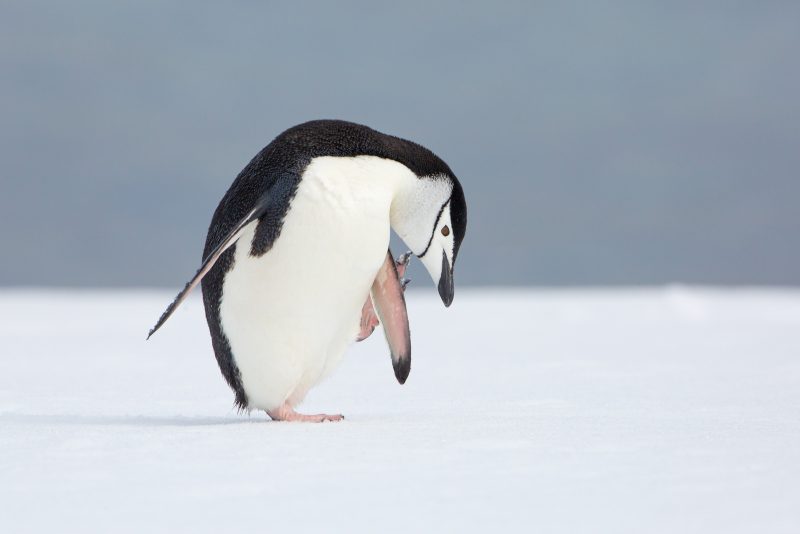 Finding someone who ticks all of those boxes is very difficult but we have a core group of leaders who we love and who our guests love in turn. I am very honoured to have all of them working alongside me.

Hang in there. You’ll be OK in the end.