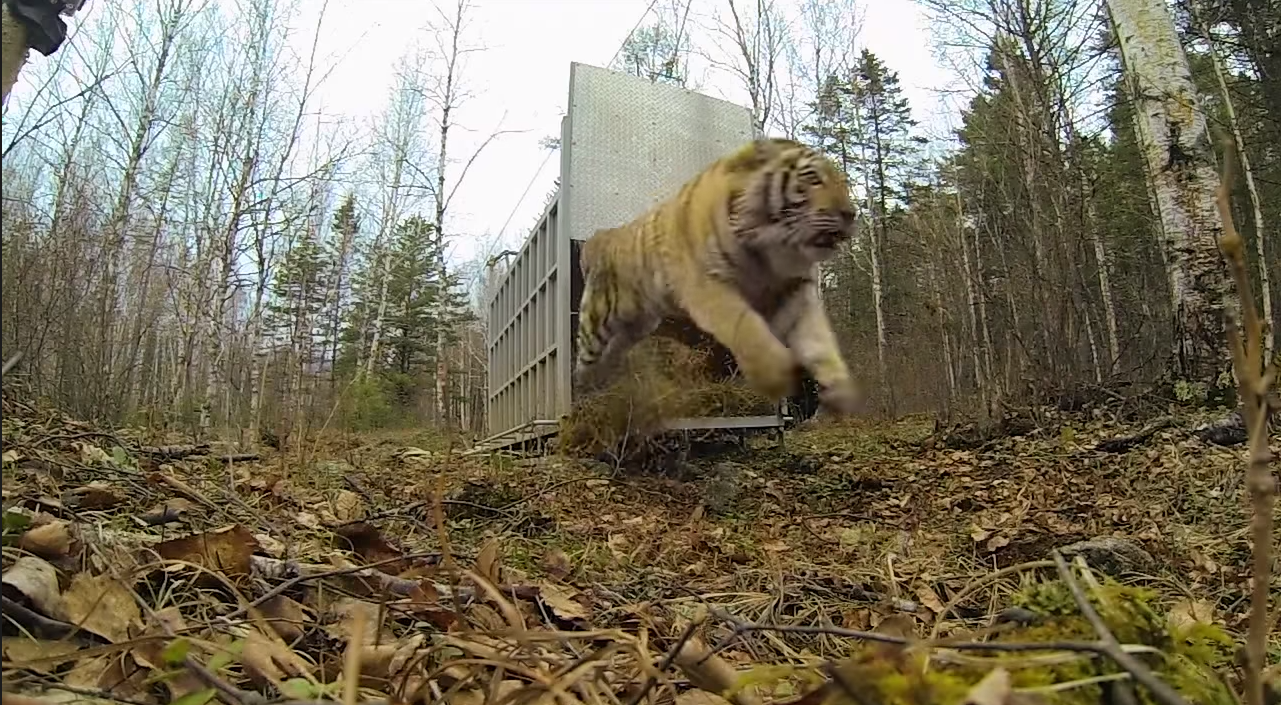 This is the moment Zolushka, an orphaned Siberian tiger, was released back into the wild. She was orphaned at just a few months old, after her mother was likely killed by poachers. Having been rescued and rehabilitated, her team was ready to release her in Russia.

You can see everyone taking cover in protective “tanks” as the tiger leaps out of the cage to freedom. Incredible footage; incredible animal!

What next? Take your photography up-close with “Wildlife with a Remote Release & Wide-angle Lens”