Spring is not far away for those of us in the northern hemisphere, and it’s a great time of year for wildlife photographers. With the breeding season in full swing, there are many opportunities to capture interesting behaviour on camera. Let’s take a look at some ideas for photography this spring.

Birds are nesting all over the place, both in cities and in rural areas. Activity increases greatly with the parent birds trying to feed their young. When the chicks are ready to fledge (leave the nest) you have the chance to photograph something really magical. For most species you’ll see the young line up near to the nest for a number of days before they become fully independent and fly away.

This is the case at my home in Northumberland, England, where we counted over 60 barn swallows living and nesting in an outbuilding! The fledglings were lining up on a field gate nearby, allowing me to set up my camera at a distance and capture photos as the parents swooped in to feed them.

As one of the parent birds approached, the chicks would immediately start calling and fluttering their wings to get attention. This meant I had a little warning before hand, perfectly timing the click of the shutter to freeze the motion. Swallows nest near fields and open areas, so luckily there was plenty of light. A shutter speed of 1/2000 was enough to keep the bird sharp as it swooped down. 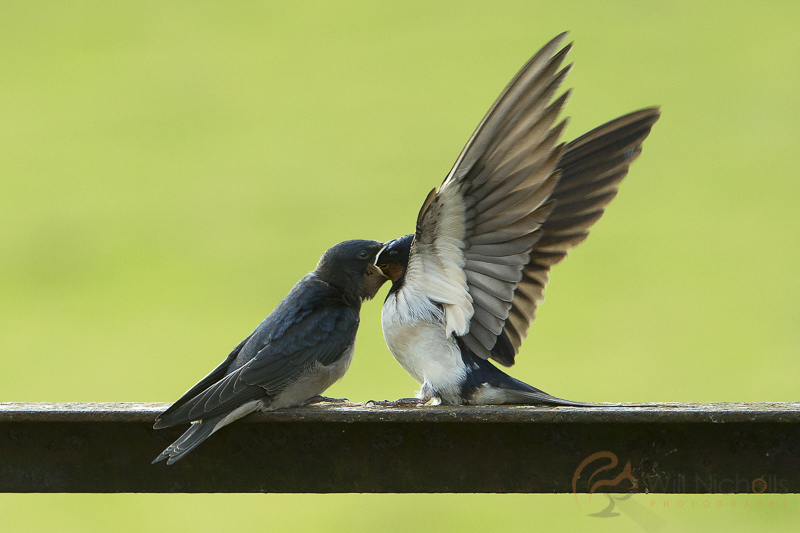 Red foxes are numerous all around the world. They are incredible efficient predators and adapted to live in a wide range of environments. Unfortunately they are persecuted in the UK, so if you do find a den of foxes please don’t tell anyone about it. You should also think very carefully about telling any landowners that there are foxes on their land – often this won’t be welcome news and the whole family is killed. If you require permission to photograph on someone’s land, I would tell a white lie and say you are looking to photograph rabbits at their burrow – rabbits and foxes often share the same entrance holes so this is entirely believable.

With that said, foxes are adorable. I came across a den in Northumberland and quickly set up my camouflage tent hide at a distance. I then sat in wait and was treated to a wonderful show. Occasionally the cubs would pop out of the den, running around the field together and playing. If you get the opportunity to photograph a family of foxes like this then you’re going to have a wonderful spring of photography! 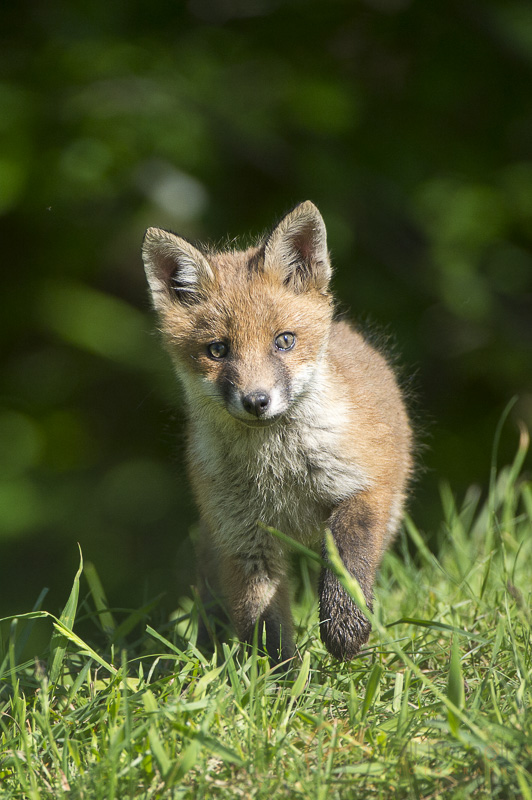 Mad March hares are found all around, but capturing this behaviour is very difficult. Not only is it hard to get near an animal that is built for awareness and speed, but actually being there when they box is another challenge in itself. Keep your eyes peeled whilst driving around and look into open fields that may have hares chasing each other in. One of the best ways to tell a rabbit from a hare is to look for the dark tips to the ears. They’re much larger too but it can be hard to judge an animal’s size from a distance and relying solely on size will probably have you stalking rabbits instead!

I suggest this with caution, but birds of the grouse family begin to lek at this time of year. Leks are areas where birds congregate to compete for mating rights and impress the watching females. In the UK we have capercaillie and black grouse that perform at these leks, but there are other birds around the world that also show this behaviour. However, they’re often protected and it is against the law to disturb a lekking site without a license. 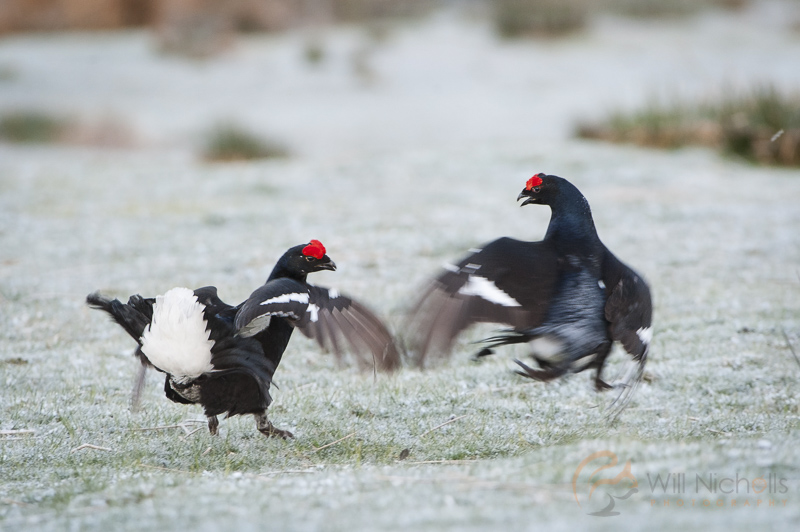 If you want to photograph at a lek yourself, then it’s worth joining a photographer on a workshop or tour to do it. Not only are you going to have more luck finding them, but you’ll probably be in a much more visually pleasing area as well. To give you an idea about what it’s like at a lek, here’s a short video I made a few years ago at one of these lekking sites.

Ok sure, these definitely aren’t wildlife, but in the spring the countryside is full of lambs and calves skipping around in fields. If you want to capture some ‘cute’ photos, as well as to practise your technique, then this is a great way to do it. Livestock are used to people so won’t run away, they’re easy to find, and they don’t move too quickly. You can use this as an opportunity to practise getting your focus right, playing with light, and composing shots.

Highland areas tend to bring with them populations of wild goats. In the UK you can find them in the highlands of Scotland, as well as in the Cheviot Hills in Northumberland. In spring the kids are born, providing some great photography opportunities. 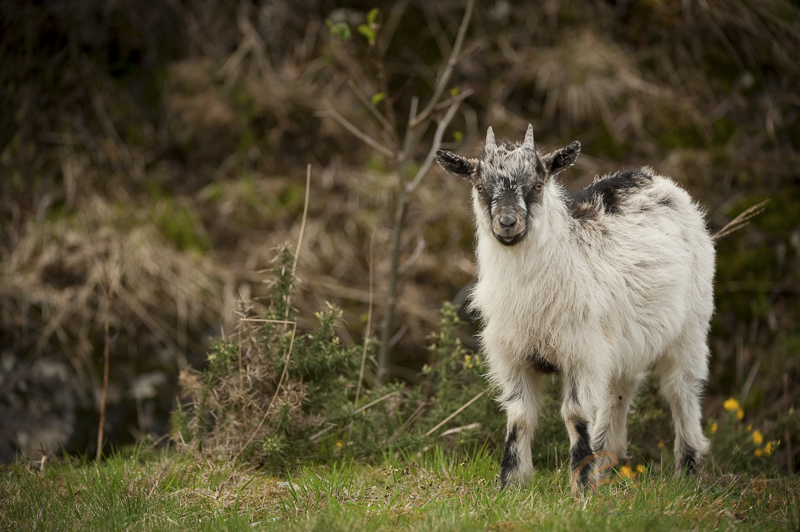 Spring is a crucial time for nature as a new generation of animals are born and raised. Remember to put the welfare of the animal first and never prioritise your photo. If you’re photographing near a nest or den area, stay at a distance that doesn’t disturb anything. Whilst the young may still seem oblivious to you, if you’re too close you could be putting off the parents from returning and looking after them. You can read more on the ethics of wildlife photography here.