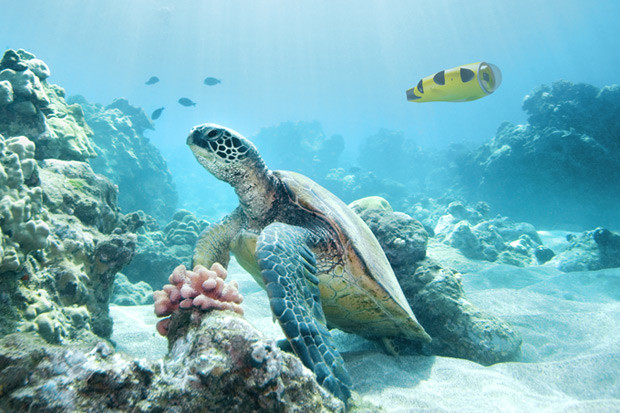 The aerial drone craze has been around for a while now, and it has been taking the photographic and film world by storm. We’ve seen DJI release four versions of its Phantom series, with other companies like GoPro rumoured to join the race very soon.

But a crowdfunding campaign for an autonomous underwater drone looks like it may be about to take the spotlight. The iBubble has exceeded its funding goal with its campaign, meaning it is good to go for production. With an incredible ability to follow and film you diving automatically, the iBubble allows divers to share their dives with those above the waves completely handsfree. 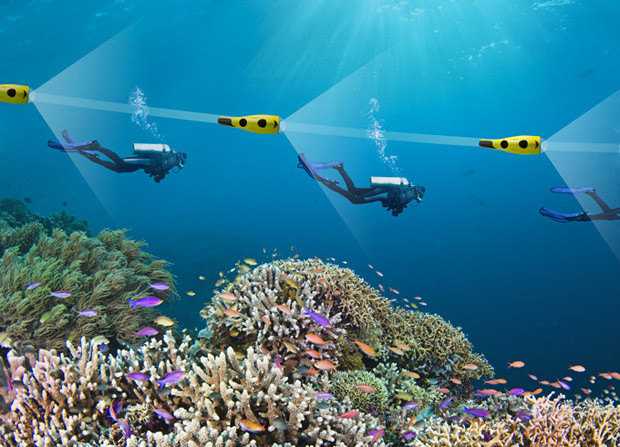 “To make sure your footage is perfectly steady despite sudden movements or currents, we will integrate a camera stabilization system. The cherry on top: we will add two 1000 lumen lights to increase image quality.”

Seen something in particular you want to film? Grab the iBubble and direct it like you would with a point-and-shoot camera. Once you’re done, release it again and it’ll resume following and filming you.

It’s already grabbed the attention of the diving community, so could this be a new direction for the drone market?