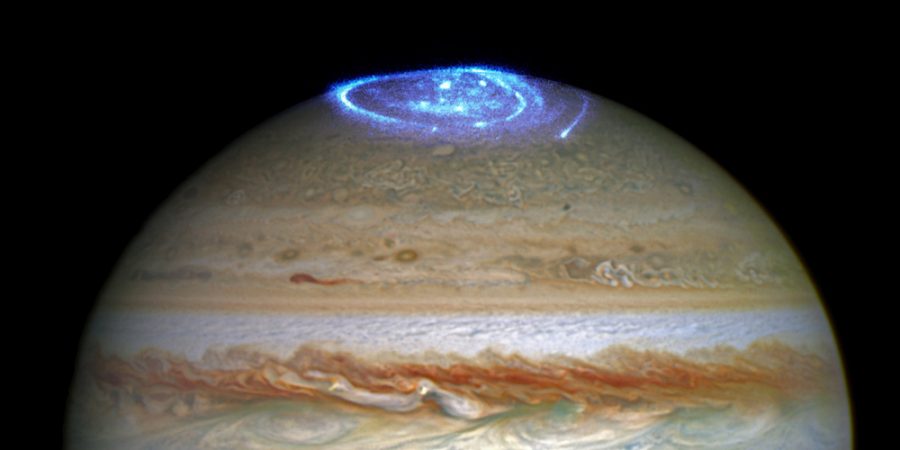 Astronomers are using NASA’s Hubble Space Telescope to study auroras — stunning light shows in a planet’s atmosphere — on the poles of the largest planet in the solar system, Jupiter. This observation program is supported by measurements made by NASA’s Juno spacecraft, currently on its way to Jupiter.

Photographers often go giddy for the Aurora Borealis on Earth, striving to capture photos of nature’s most beautiful phenomenon. But the sights we are treated to on Earth can hardly compare to the mind-boggling displays that have just been captured on Jupiter.

The Hubble Space Telescope has photographed aurora displays the size of our own planet atop our solar system’s giant, Jupiter. 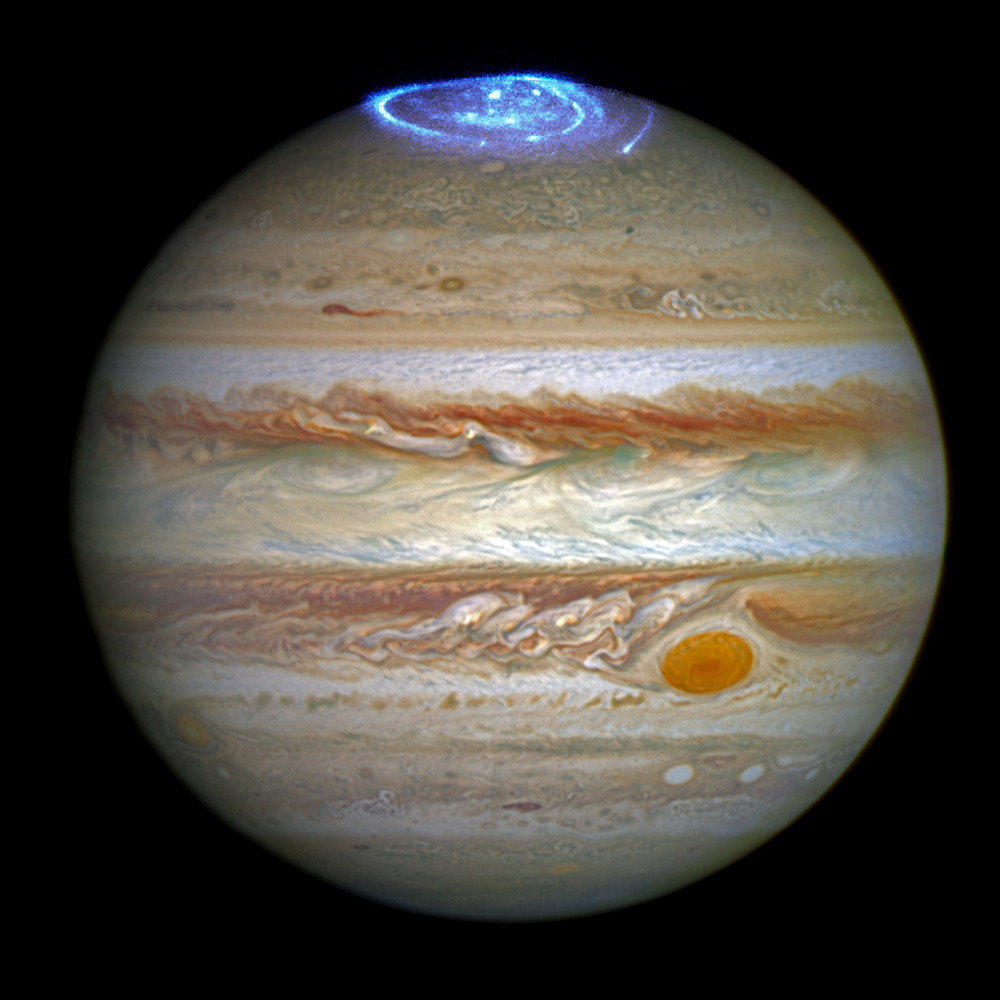 The extraordinary vivid glows shown in the new observations are known as auroras. They are created when high-energy particles enter a planet’s atmosphere near its magnetic poles and collide with atoms of gas. As well as producing beautiful images, this program aims to determine how various components of Jupiter’s auroras respond to different conditions in the solar wind, a stream of charged particles ejected from the sun.

“These auroras are very dramatic and among the most active I have ever seen,” said Jonathan Nichols from the University of Leicester, UK, and principal investigator of the study. “It almost seems as if Jupiter is throwing a fireworks party for the imminent arrival of Juno.”

Not only are the auroras huge in size, they are also hundreds of times more energetic than auroras on Earth. And, unlike those on Earth, they never cease. While on Earth the most intense auroras are caused by solar storms — when charged particles rain down on the upper atmosphere, excite gases, and cause them to glow red, green, and purple — Jupiter has an additional source for its auroras.

The strong magnetic field of the gas giant grabs charged particles from its surroundings. This includes not only the charged particles within the solar wind, but also the particles thrown into space by its orbiting moon Io, known for its numerous and large volcanos.

The new observations and measurements made with Hubble and Juno will help to better understand how the sun and other sources influence auroras. While the observations with Hubble are still ongoing and the analysis of the data will take several more months, the first images and videos are already available and show the auroras on Jupiter’s north pole in their full beauty. In support of the Juno mission, Hubble will continue to monitor Jupiter auroras several times a month for the duration of the Juno mission.