Hitch a Ride with a Golden Eagle In This 360° Video 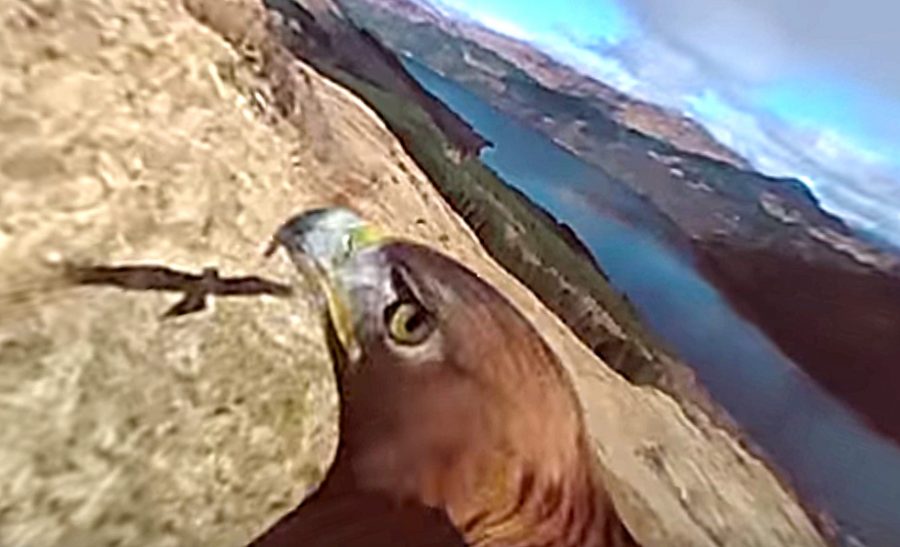 Being able to fly is a dream of many. Seeing what the world is like from a bird’s eye view is something not many get to experience. Until now.

360° is the next big thing in the world of film and photo, with YouTube and Facebook now introducing support for videos that can be explored whilst playback is in action. You can look around at your leisure, experiencing the world like never before.

The guys over at GIROPTIC, makers of a rather futuristic looking 360° camera, strapped one of their cameras to the back of Tilly the golden eagle. This was possible thanks to the expertise of Lloyd Buck the bird handler, and British Technical Films. And the result? Well it’s rather spectacular.

If the video won’t play for you, try loading this page in Google Chrome web browser – we found that Safari had issues playing back the 360° video properly. Once working, you’ll be able to drag your view around on the video and experience something magical.