How I Got the Shot: “Great Crested Grebes”, Bertie Gregory

Home » Inspiration » Wildlife » How I Got the Shot: “Great Crested Grebes”, Bertie Gregory

I’ve always had a fascination with great crested grebes. They are good looking, they have some amazing behaviours and their chicks are the cutest things on the planet. Even so, I have never spent a significant period of time with this species. I recently travelled to Holland to set this straight. Great crested grebes are common throughout both Britain and Holland, so there are plenty of images of them. But I wanted my images to be different. I decided that if I was going to have any chance at achieving this aim, I had to get both very low and very close. In order to do this, I had to get in the water. Obtaining permission to do this in the UK is difficult, whereas in Holland I had a location where it was acceptable. 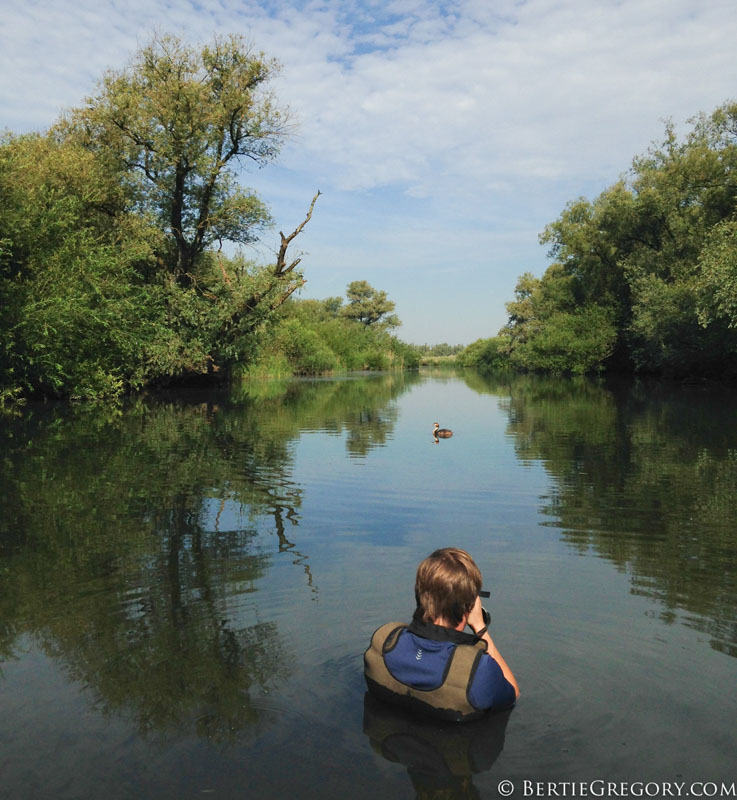 I chose to focus my efforts on one particular pair: they were used to human noise and movements as for the last few years they had nested near to a section of river with regular boat traffic. Whilst they were very used to humans on the water, they had never seen a human in the water, so at first they were very tentative. Each day I edged closer, studying the birds for any sign of stress. It was crucial that I didn’t rush this process as if disturbed the grebes would abandon the nest. Furthermore, I wouldn’t get any images. After spending 7 hours a day for 7 days in the water, the grebes relaxed and regularly fished around my feet within my lenses minimum focus distance of 2 metres. This was great as I had an excuse to put the camera down (not literally or it would have got very wet) and enjoy the show. 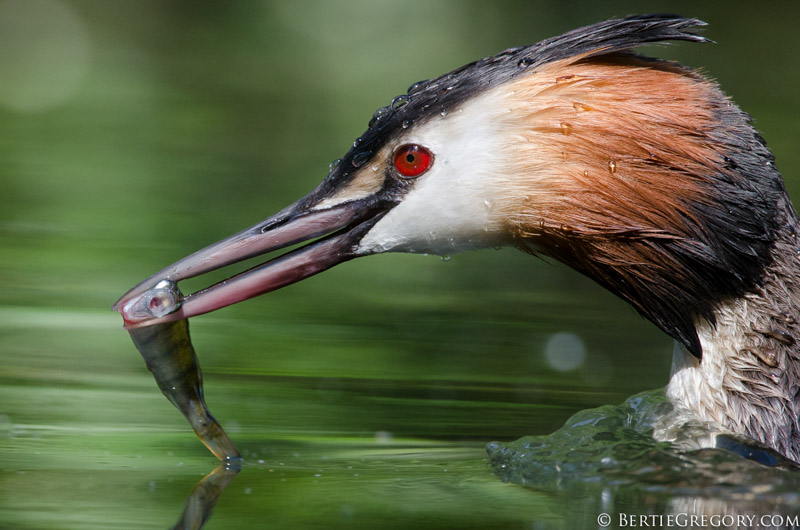 Although having grebes fishing around my legs was special, my favourite encounter came when the pair’s eggs started to hatch. Each day another chick hatched until there were four in total. At this point, the adults took the chicks off the nest and led them out onto the river. Because I had already spent so much time in the water with the adults, they pretty much ignored me and as a result, so too did the chicks.

On one particular morning, a small section of riverbank was shaded by an overhanging willow tree. Meanwhile, the grebe family was fishing about 5 metres from the bank and was lit by the sun. This meant with the right alignment, I could photograph the family with a jet-black background. For some unknown reason, the chicks then lined themselves up along my plane of focus, all looking in different directions. If this wasn’t lucky enough, one of the adults then plucked a feather from its wing and fed it to one of the chicks. A magical moment. It’s thought the feathers build up in the stomach and act as a filter to catch fish bones. Grebes then cough up a pellet containing the bones (similarly to owls) and the feathers help to lubricate this process. 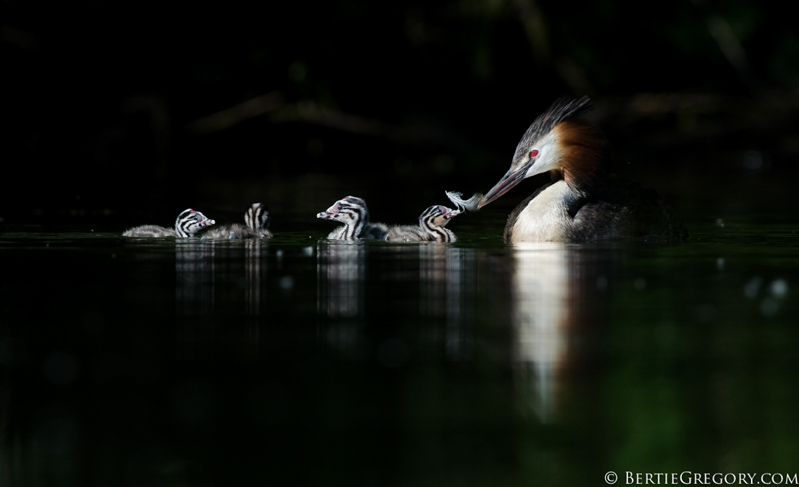