30 Years as a Wildlife Cameraman: Working with Attenborough 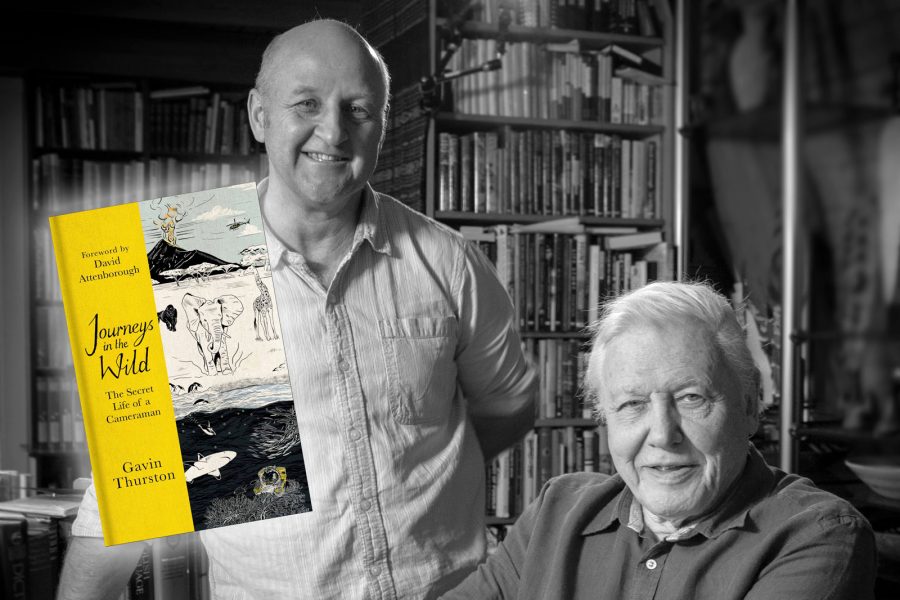 Gavin Thurston is a wildlife cameraman who has worked on 17 different series narrated by Sir David Attenborough, including Blue Planet II, Planet Earth II, Our Planet, and Human Planet.

His work has taken him all over the world, and he has even explored both the North and South Poles – always armed with a camera to bring back the stunning imagery that leaves millions of jaws dropping. Now, Thurston has taken on the tricky task of cramming all of his experiences into a book: Journeys in the Wild – The Secret Life of a Cameraman.

For anyone interested in natural history, this is a real page-turner that must be on your bookshelf. 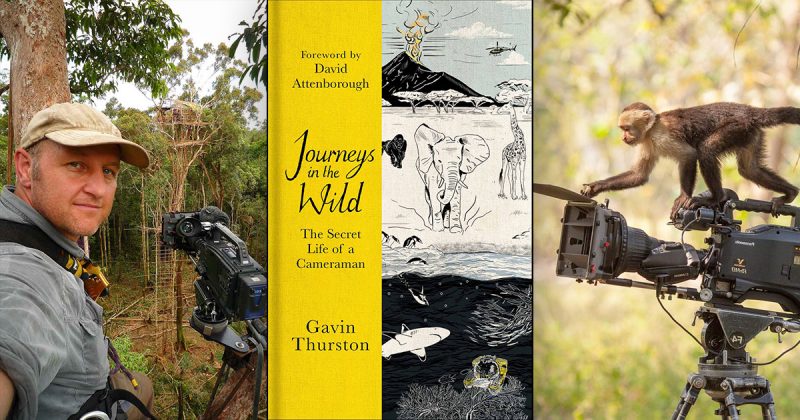 When filming Blue Planet II, Thurston set the world record for the deepest dive in Antarctica – his camera work was that behind the The Deep episode. He has survived charging elephants, being hunted by lions, close encounters with a grizzly bear mother, wild wolves, plane crashes, civil wars, and military coups. He’s even been slapped by a silverback gorilla.

“A moment that really sticks with me is seeing my first whale in the wild,” Thurston tells Nature TTL. “It was a grey whale, almost the size of a school bus, swimming right at me underwater. It’s extraordinary to see such a large animal in person that is living on our planet.”

His work has won numerous awards, including 5 EMMYs and 3 BAFTAs for cinematography, and even a Royal Humane Society Award for Bravery in 1984. He’s currently nominated for 3 further cinematography EMMY awards for his work on Netflix’s Our Planet.

Journeys in the Wild has a foreword by Sir David Attenborough himself, who Thurston has worked closely with throughout his career.

“[Gavin] has endless patience and that invaluable and extraordinary ability to anticipate what an animal is about to do before it does it, so that the camera is immediately ready to follow it,” writes Sir David Attenborough. “But now I realise he has one talent I had not previously suspected. He is a vivid writer with an ability to describe scenes with great economy and unflinching accuracy. So here is the literary equivalent of the visual ‘making-of.'”

Thurston’s new book takes you on a journey across the world. Join him as he looks back on his incredible career and the things he has seen. Head into the treetops where he filmed the Korowai tribe building their treehouses high in the canopy for BBC’s Human Planet, and go deep down to the bottom of the ocean to explore the most hostile environment on Earth.

“Making wildlife films is very much a team effort, you cannot do it by yourself,” says Thurston. “There’s a whole host of people in the team such as editors, producers, scientists, musicians… you name it. None of what I’ve done would be possible without the support of a team around me.”

Journeys in the Wild: The Secret Life of a Cameraman is available to order now for £14.99 ($26.99 in the USA) from Amazon. It is also available as an Audible audio book.