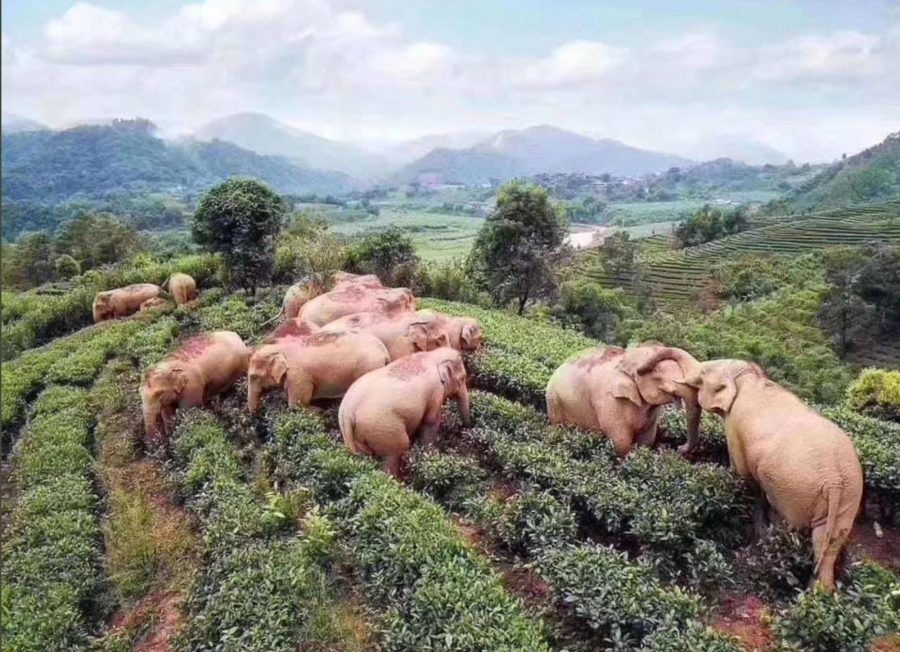 As the world goes into lockdown, the power of imagery is revealed once again as fake photographs of supposedly thriving wildlife go viral, causing false hope for many.

Whether your social media feed this week has been filled with drunken elephants or Venetian dolphins, many of the viral photographs of wildlife venturing into our abandoned towns and cities have been debunked.

While humans carry out social distancing, a group of 14 elephants broke into a village in Yunan province, looking for corn and other food. They ended up drinking 30kg of corn wine and got so drunk that they fell asleep in a nearby tea garden. ? pic.twitter.com/ykTCCLLCJu

Fake: The drunk elephant story is not true, according to the local forestry bureau.

While at home, scrolling through twitter, continuous animal footage took many of us from the rural tea fields of Yunnan, China, to the clear and beautiful waters of Venice. A quick world tour through these interesting images and wittily worded captions had the instant effect of lifting spirits and providing hope that nature is flourishing during this difficult time.

Fake: Those dolphins in Venice? They were filmed in Sardinia, where this is a common sight.

In particular, there has been a lot of interest in photos of swans and fish cruising Venice canal, with posts acknowledging how incredible it is to see this wildlife “return”. In reality, this is an ordinary scene that has resulted in a wave of over-optimism, quickly spreading across the internet. The spread of these post has sparked debate about why these images have made it so far around the world so quickly with millions of likes and shares.

Here’s an unexpected side effect of the pandemic – the water’s flowing through the canals of Venice is clear for the first time in forever. The fish are visible, the swans returned. pic.twitter.com/2egMGhJs7f

In Nat Geo’s recent coverage of this posting predicament social psychologist and postdoctoral fellow at Stanford University, Erin Vogel, explains how these posts make us feel good and “[could] give us a sense of meaning and purpose – that we went through this for a reason”. These photographs of wildlife spectacles show that many want to “believe in the power of nature”, says Susan Clayton (College of Wooster, Ohio), during these tough times.

However, some posts have been igniting more humour than hope. Fake news reports that Russia has released 500 lions to keep people inside struck a smile with many but also frustration for some.

Is this a wind up pic.twitter.com/sG4vnfnxAN

Even though these fake wildlife success stories and misleading photographs do have a feel-good factor and create a distraction from reality, the unreliability of them can be problematic.

Many photographers have started sharing images taken in their own back gardens, encouraging a positive connection to nature while we are all in isolation at home. After all, a humble, authentic photograph of a blackbird or earthworm can bring just as much joy as big nature.