Edelkrone SliderPLUS Review: The Compact Slider of the Future? 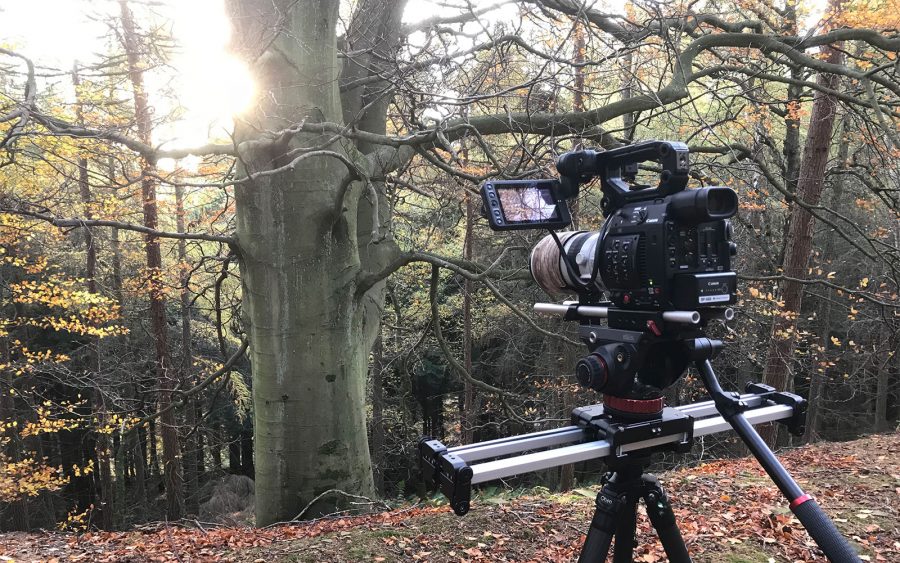 If you’re looking to change up your time-lapse or video work, then using a slider can add a sprinkling of creativity to your work. But sliders come in many shapes, sizes, and forms. Finding the perfect slider for you depends on a myriad of factors, and things can get pretty pricey quickly. However, we’ve been reviewing the Edelkrone SliderPLUS Pro Long over the last couple of months, and here is what we thought.

Edelkrone manufactures a variety of different sliders and gadgets, and they boast some really intriguing features. Their sliders combine a compact size with an increased movement. How? Well, when attached to a tripod, the slider itself moves as well as the camera-mounting unit.

This effectively doubles your movement range, whilst retaining a relatively compact size for moving around. This is impressive, and something that is great for outdoor photographers that are carrying all their equipment long distances. A big slider is just a pain to carry, so this promised great things.

The Edelkrone SliderPLUS comes in a very neat presentation box, and as soon as you take it out you are met with a real feeling of quality. Everything about it feels premium; nothing feels plastic or cheap. With metal construction and care clearly taken over the engineering of the slider, things were looking good from the beginning.

Compact and easy to use

The fact that this slider is so small for the length of travel it offers is a huge plus. As a nature photographer, I don’t want to be lugging around a big slider setup that slows me down and tires me out by midday.

Find something suitable to put it in, then strap it to the side of your bag and forget about it until the moment arises. It’s also not heavy, so it isn’t a huge burden if you’re just being opportunistic about your slider sequences.

The big question: Does it flex?

With this type of movement, the big question is does the slider flex during your shot. Edelkrone offers a number of different lengths in their SliderPLUS range. The type I am testing is the Edelkrone SliderPLUS Pro Long, and is apparently rated to 9kg when on a tripod.

However, when using a Canon C200, Canon 100-400mm lens, Manfrotto 502 head, and some support rails, I found this to be a little different in reality. The whole setup weighed in at about 5-6kg, yet I was seeing some flexing at the extreme ends of the slider.

I’m not sure exactly which part of the slider was introducing this flex. The bars feel very solid, so I am of the opinion that the flex is introduced from the point in which the slider screws onto the tripod itself. Since there is only one screw attachment, there is potential for some play as weight is distributed across the system if you can’t get everything super tight.

Having said all that, the slider doesn’t flex for the majority of its length. It is only at the very extreme ends that you start to see this movement come into action. I also believe that if I were testing one of the slightly shorter versions of the slider, I wouldn’t have seen this flexing.

My recommendation? If you’re using the Edelkrone SliderPLUS Pro Long, with its 90cm movement length, combined with a heavier camera setup, then I would recommend keeping it on the ground. If you don’t put it on a tripod, the camera will move between the two ends of the slider as expected, and you’ll see no flexing.

It will be fine with a lighter setup than mine (DSLR and lens, for example), but if you’re using something similar and equally heavy then I suggest using a shorter slider length. I also mentioned this to Edelkrone, and they recommended that increasing the size of the contact surface between the slider and the tripod will work wonders for stopping flexing (a 100mm bowl adapter, for example, would be good for this).

Your choice of tripod is important

With the whole system shifting along like in the animation above, you’re moving the centre of gravity drastically. Your tripod quickly becomes very heavy on one side, and that means a couple of things. Firstly, if you have a tripod with an extendable neck, then you will almost definitely see movement in the shot as the weight moves across the centre. This neck of the tripod will have some side-to-side flex in it, and the slider shifting will cause this to rock to either extreme as the weight passes over the centre.

In a video or time-lapse, this means the frame will have a very noticeable difference in its angle. You might start off with straight trees, but by the time you reach the other end of the slider they might be at quite a tilt! This is particularly the case if you are using a heavy camera system. If you’re not, then you may well get away with it. Also, we were testing the longest slider with a heavy camera, meaning the centre of gravity is changed a lot. If you’re using a shorter slider, you might not have this issue.

The lesson here is to use a tripod without an extendable neck to avoid this problem.

If you are using a particularly flimsy tripod, you might also find that you could topple your tripod. Again, this is exacerbated by a heavy camera and longer slider. It’s important to ensure your tripod is fairly substantial, with a good weight about it, and a wide leg spread.

One of the strengths of the Edelkrone system is the number of accessories you can add on. Edelkrone also makes robotic camera heads that you can program into your time-lapse, bringing together panning movement with a sliding motion, for example. This is great for tracking a subject.

Also, Edelkrone makes a motorised time-lapse element that you can attach to your slider. This pulls the camera along at intervals, creating a dynamic time-lapse. This is something we are hoping to test and review in the near future.

The Edelkrone SliderPLUS is a high quality, well-built slider. The key takeaway here is that the longest slider they offer will flex under heavier camera weights, whilst still less than the payload they are supposedly rated for, but it only happens at the extreme ends.

I would like to compare this performance with any of the shorter sliders, as I imagine they will have no flexing. The slider has strong, thick bars, but it seems the Pro Long slider is just a little too long for this kind of moving system.

Even so, this is a very adaptable, compact, and versatile slider for nature photographers looking to take creative sliding video or time-lapses whilst out on their travels.