Using flash when photographing animals is something of a controversial subject. It’s an advanced technique, bringing benefits for the photographer, such as the ability to capture unique photos at night, freeze high-speed action, and fill ugly shadows. Yet as soon as you mention flash and animals in the same sentence, you’re probably going to be met with lots of comments about it being ‘unethical’ or ‘harmful’.

But these comments are often speculation, born from a passion for wildlife rather than based on an actual understanding of an animal’s physiology. As both a photographer and zoologist, this makes me realise there is a definite lack of understanding. In this article, I am going to address the issue of flash photography with wildlife by looking at scientific research and observations made in the field, alongside comments from an expert in sensory ecology.

The Structure of the Retina 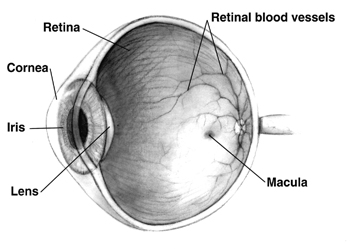 The retina is a light-sensitive layer at the back of the eye, made up of photosensitive cells that convert light energy into signals that are carried to the brain via the optic nerve. There are two types of these photoreceptors: rods and cones. Rods are responsible for vision at low light levels, and cones are responsible for colour vision at high light levels. The ratio of rod to cone cells, and the actual structure of the eye, varies greatly between species.

Photoreceptors contain different pigments which absorb light energy, allowing for its conversion into electrical signals. But if these photoreceptors are exposed to too much light, the pigments bleach and must be recharged. This is what happens when you look at a bright light and then find your vision is impaired temporarily. This is the consideration when thinking about the effect of flash photography.

There is a real lack of scientific research into the effect of artificial light on animals. So actually, the answer to the question of ‘does flash photography harm animals?’ is merely speculation. Consequently, no one really knows a definitive answer. Having said that, there is some truth that can be derived from the understanding of the eye and the smatterings of research that are available at the moment.

When photographers use flash with animals, it is rarely at full power. A flashgun allows you to adjust the power output, and photographers will actually be shooting between 1/8th and 1/64th power most of the time. There is a real difference between a flashgun firing at full power and at these lower levels. I’ve flashed myself in the face at about 1/16th power and found that whilst it was dazzling when very close to me, it was bearable and I didn’t experience any blotchy vision.

Dr Martin Stevens is an Associate Professor in Sensory and Evolutionary Ecology at the University of Exeter, England. When I asked his opinion on the matter he said, “different animals have different sensitivities to light, and this will depend on how bright the light source is and how adapted their eyes are to the current light conditions”. Clearly the effect that flash photography may have depends on the ambient light conditions too.

“It depends on the species, no doubt, but pretty much all birds at night will have their photoreceptors adapted to dark conditions and hence be very sensitive to bright lights and potentially temporarily blinded by sudden bright light sources,” said Dr. Stevens. “However, the death of an animal is very unlikely from the flash itself.” This brings concerns that flash could hinder the ability of nocturnal birds to hunt successfully.

It is also worth noting that flashguns produce a diffused light beam and not a highly focused beam, such as with a laser. In fact, the use of strobe lighting to test for retinal disease is commonplace. It is true that the use of flash does not result in permanent damage to the eye.

What Does Scientific Research Say?

There is research looking at the effects of photography on the West Indian Anole (Anolis cristatellus), deemed necessary due to ecotourism in the area. The study found that the reptiles actually performed a threat display in response to camera shutter sounds, something that would be expected if a predator was present. But importantly they found there was no response to the use of flash.

Another piece of research, this time looking into the effect of flash photography with seahorses (Hippocampus whitei), concluded that the use of flash underwater is a ‘safe and viable technique’ by divers. They found no significant behavioural responses from seahorses when exposed to flash.

Research from 1991, looking at monitoring animals with cameras, used a camera trapping technique: the triggering of a camera and flash units by the breaking of an infrared beam. Within the research paper the author comments on the regular capture of one particular red fox (Vulpes vulpes), stating “evidently the animal was not disturbed by the presence of the camera or flash”. Whilst this paper was not looking at the effect of flash photography directly, it is noteworthy that they came to this conclusion.

Other than that, research into the effect of flash is nonexistent. So let’s move on to what else we can determine about the use of flash with animals. 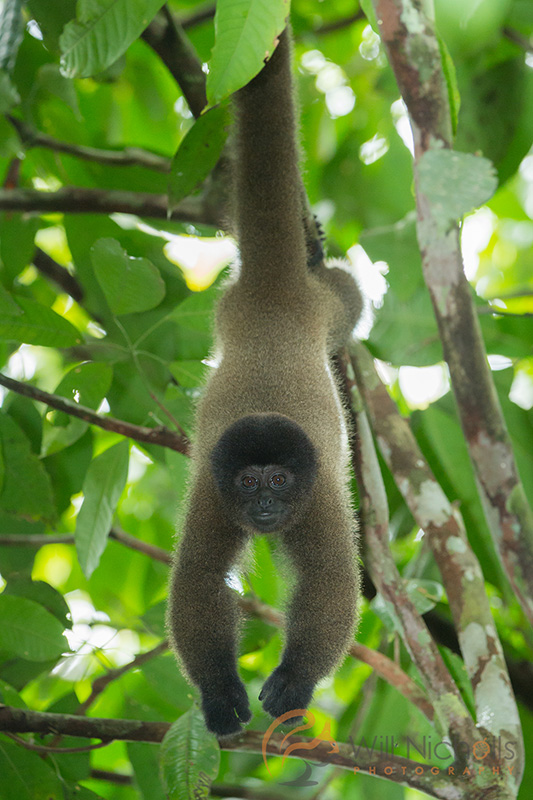 There is a lot that can be learned from observations of the behavioural response of an animal when exposed to flash. Personally, I have used flash with a troop of woolly monkeys in the Amazon rainforest, necessary due to the thick canopy and harsh lighting that is present. Not once did the animals react to the flash. Prior to me even unpacking my camera, the monkeys were coming closer to investigate me. The flash didn’t change this reaction; it didn’t make them run.

You can see in the photo that this particular individual was looking directly at the flash, but appeared to experience no discomfort. Furthermore, any impact of flash would no doubt be lessened should an animal be looking away from the flash unit.

Camera trapping is a technique used by many photographers nowadays, with flashes firing when remotely triggered by the presence of an animal. I’ve used this technique myself, and the one thing I have noticed is that the majority of animals walk looking downwards. They aren’t looking directly at the camera flashes when they fire.

I have twice caught a jaguar in my camera trap, and both times the camera fired multiple frames in quick succession. There was no response from the jaguar, and it continued its journey undeterred by the flashes. A trail camera (with no flash) captured the same jaguar further down the trail moments later, and it was still walking as normal with no visible disturbance. Personally, I believe that they see these flashes no differently to lightning in a thunderstorm. Whilst this is extremely depressing for me as a photographer to have to relive the moment I caught a jaguar, but facing the wrong way, you can clearly see the lack of response in the sequence below.

I have also photographed hummingbirds using flash many times, and there was absolutely no alteration in their behaviour. The birds continued to fly around the flowers whilst being exposed to rapid firing of a flash, and also repeatedly returned to the same spot undeterred.

Looking at the limited available evidence, we can form some sort of speculative conclusion that points to the likely effect of flash with animals.

The effect of flash appears to be insignificant in daylight. Each species is different, of course, but I would suggest that in general flash photography does not cause harm or distress to animals when ambient light conditions are adequate. If you do choose to use flash with wildlife, consider the behavioural response of the animal in question.

It is safe to say that nocturnal animals, especially birds, will most likely experience some sort of temporary blindness from exposure to flash at night. But this is temporary, and lasting for perhaps 5-20 minutes before the photoreceptors are fully recharged. It is true that this could hinder the ability to hunt or spot a predator. With no direct permanent damage, the consideration here is a moral one and down to the photographer. However, I would advise to err on the side of caution and not use flash with nocturnal birds.

Flash photography at night does present potential effects, and so it is important to be considerate. If you are directly behind the camera, then you should consider firing only a few frames before moving on. Peppering an animal with constant bursts of flash is most definitely unethical. With camera trapping you have less control, but since your flashes are not in the direct line of sight of your subject then chances are their impact is minimal. As always, if an animal appears to be distressed by your actions then you should cease them immediately.

Finally, please read our articles on ‘The Ethics of Wildlife Photography‘ and ‘A Guide to Using Flash with Wildlife‘ for further information.