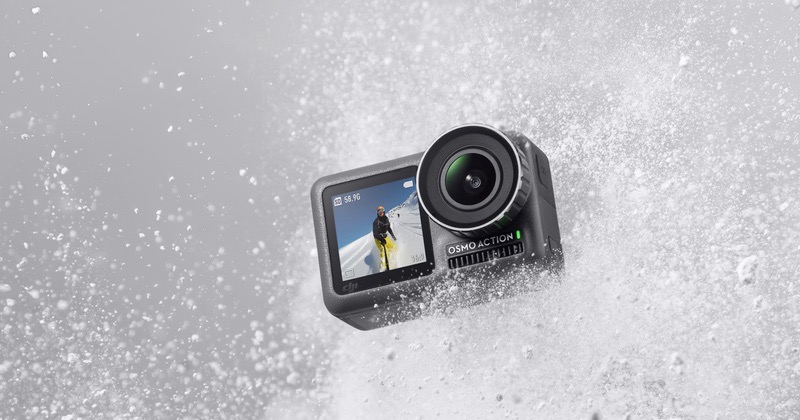 Drone manufacturer DJI has just unveiled the Osmo Action camera, an entirely new piece of kit that is set to release GoPro’s grip on the action camera market. Following from the success of the Osmo Pocket, DJI are clearly expanding outside of their drone focus and into the handheld arena.

Getting down to specifics, the Osmo Action is touted as dustproof, shockproof up to 5ft/1.5m, waterproof down to 36ft/11m (without a housing), and operable in sub-freezing temperatures of up to 14°F/-10°C – all in a similar range to the GoPro Hero 7 Black.

Where it departs from the GoPro is the innovative dual-screen approach, which sees colour screens on both the front and back of the device. DJI believe this will allow “for more convenient scene composition while on the move”. The rear screen measures at 2.25 inches, and is touch operated with a water- and fingerprint-repelling coating. The front screen is only 1.4 inches, and lacks direct control – but is mainly for facilitating easier vlogging and selfies. Both screens are at a brightness of 750 nits, meaning they’ll be nice and clear in harsh sunlight. 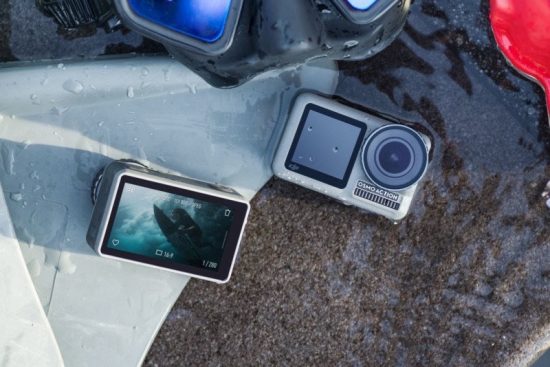 The Osmo Action also features three dedicated buttons for powering on, recording and shuffling between video and capture modes. A new SnapShot feature makes it possible to turn on the camera and start recording in “under two seconds” with a single press of the shutter. Voice control is also integrated when users hands are busy.

On the inside, the DJI Osmo Action sports a 1/2.3-inch sensor that can capture 12MP jpeg or RAW images, and 4K video of up to 60fps at 100Mbps. The Osmo Action mirrors the GoPro Hero Black 7 in those respects, but lacks the variety of resolutions that the GoPro offers, such as 1440p, 960p or SuperView. However, it does offer more frame-rate options – including 50, 48 and 25 FPS at most resolutions. 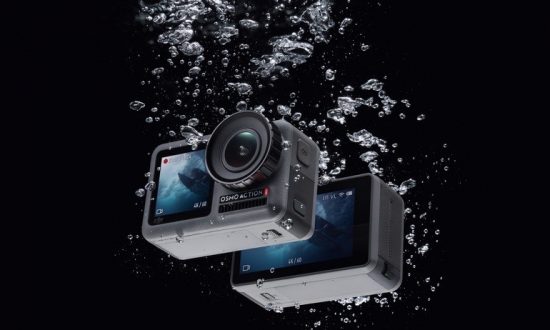 Another feature the Action holds over the GoPro is HDR video, capturing an extra 3 stops of dynamic range to a scene, as well as “natural transitions between light and dark areas”, and “rich details” that may be lost otherwise. However, using HDR will turn off the all-important stabilization, which is integral to the use of action cameras.

In terms of stabilization, the Osmo Action is the first DJI handheld to include RockSteady, DJI’s own Electronic Image Stabilization (EIS) technology. Compared with GoPro’s HyperSmooth stabilization, RockSteady is said to hold its own by Engadget – although HyperSmooth gives a more natural feel to your footage. 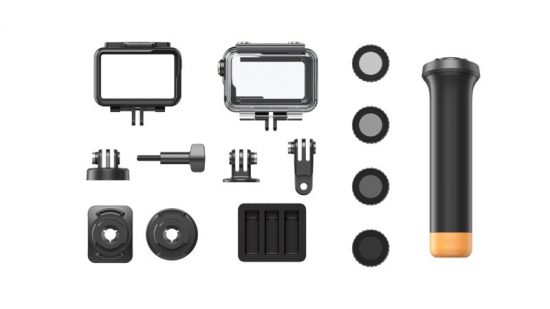 The DJI Osmo Action is available for purchase now from DJI at a price of £329.