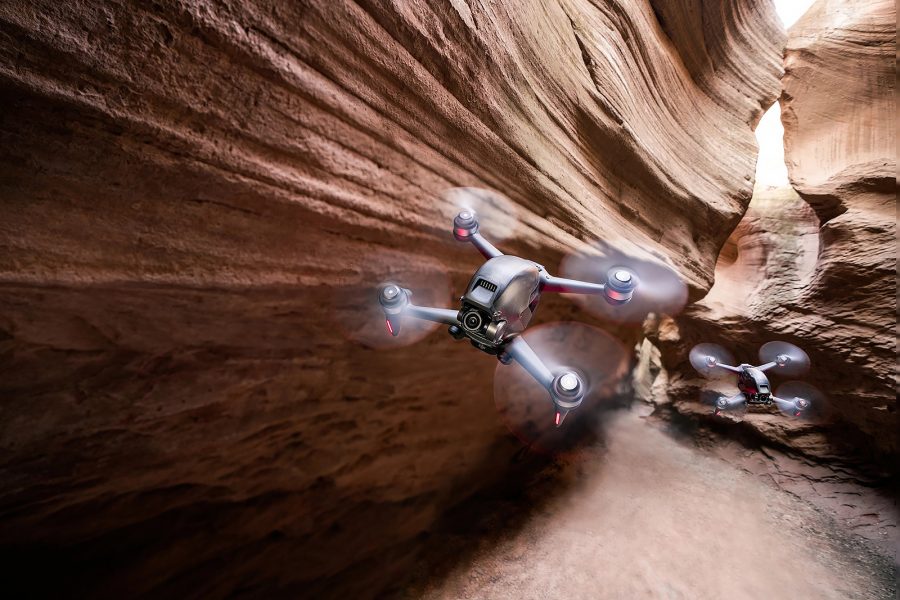 DJI have released their first FPV drone, capable of shooting 4K 60p video, whilst achieving speeds in excess of 140kph. The DJI FPV drone is sure to cause a stir in the FPV drone market.

Traditionally, the FPV space has been occupied by enthusiasts who generally build, crash, and repair their drones which are generally flown without the assistance of GPS technology, so the introduction of a ‘plug and play’ FPV drone that utilises multiple flight modes that make it usable for beginners and experts alike is a completely new concept for the market. 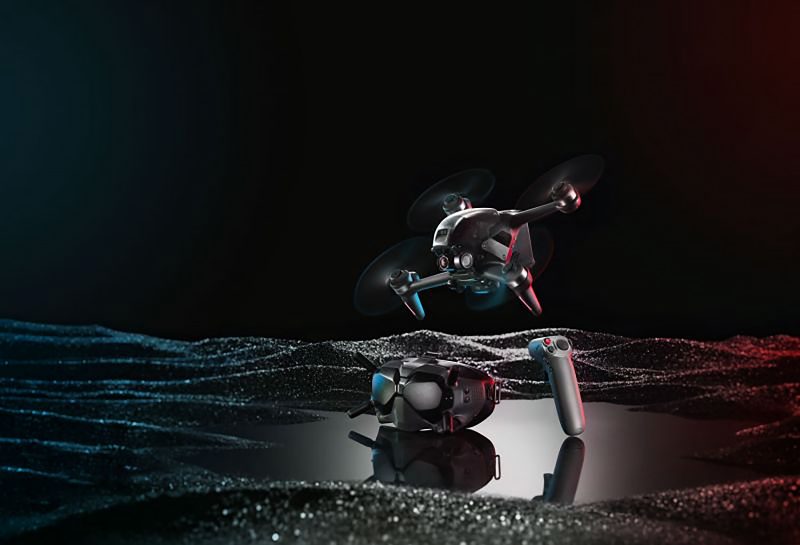 There have been rumours and leaks for months reporting this drone, but until now most of the details other than a few blurry photographs have been kept under wraps. But this morning, on 2nd March, DJI hosted the release of the highly anticipated new drone: the DJI FPV.

One of the key issues many newcomers have when entering the world of FPV is dealing with the switch to analogue video transmission. If pilots have become accustomed to viewing their drone flights in high definition via their phones or tablets when controlling popular consumer drones such as the Mavic Pro, the switch to an analogue system that is prone to blur, snow, and interference can be incredibly off-putting.

DJI came up with the answer to this problem with the release of their FPV goggles V1 in 2019. The technology was quickly adopted by much of the FPV market, with many users integrating digital video transmitters into their custom-built drones.

Now, DJI have taken this a step further with the DJI FPV drone – the first drone that is designed specifically to be used with the new DJI FPV Goggles V2, while introducing DJI’s OcuSync technology which provides extremely low-latency and high definition video transmission directly into the new DJI Goggles. 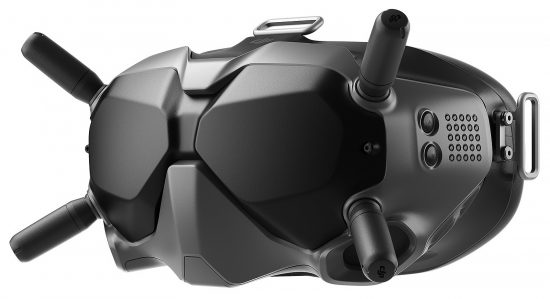 The drone supports control by two completely new controllers: one that ships with the drone that has a traditional gaming controller style, and an optional extra called the “DJI Motion Controller,” which is a joystick-style controller that responds to the flick of the pilot’s wrist to control the drone intuitively (£139).

DJI claim that their wireless connection provides reliability that has previously not been seen in the drone market, allowing pilots to enjoy high bitrate, interference-free and secure connections even at speeds of 140kph by automatically switching dual frequencies.

The new DJI FPV drone opens FPV style flying up to a whole new market. Previously, FPV pilots have been forced to manually control every input to each motor, making simple manoeuvres such as hovering or even landing complex, requiring hours of practice in simulators before trying with an actual drone. The new modes make FPV flying accessible for beginners offering auto-hover and stop functionality as well as a choice of three flight modes:

DJI claim that their new drone is modular, meaning that the crashes and inevitable breaks that FPV pilots are used to dealing with are fully repairable. Sceptics online claim that the modular design still offers very limited options for repairs, but only time will tell whether DJI is prepared for the range of repairs required by users in the coming months.

The new DJI FPV is now available on the DJI store in a few different options. The DJI FPV Combo includes the FPV drone, remote controller 2, FPV Goggles V2 and one battery for £1249 ($1299). Other packages include additional charging batteries, a controlling joystick, and a charging hub.