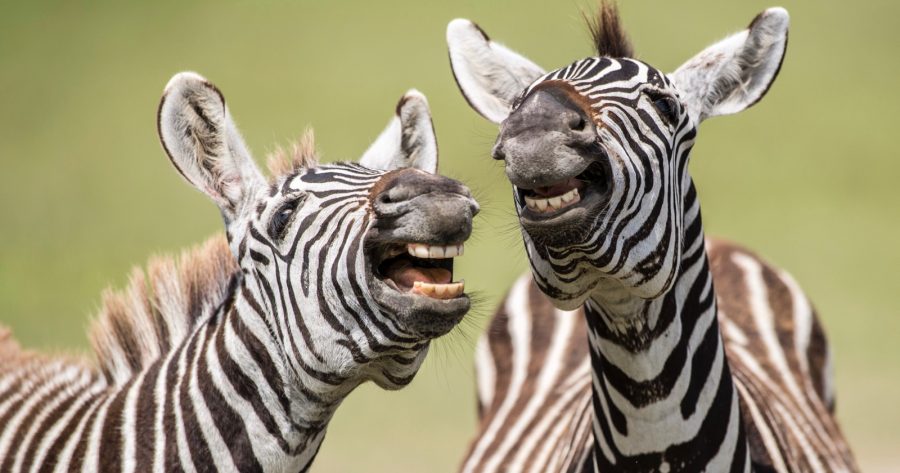 The Comedy Wildlife Photography Awards is back again for 2019, to spread some much-needed smiles and laughter with a selection of nature’s most hilarious moments. Each year the comedic bar gets higher, and it looks to be no different this time round with the announcement of 40 side-splitting finalists.

Founded by photographers Paul Joynson-Hicks and Tom Sullam, the Comedy Wildlife Photography Awards is open to everyone across the world, and is free to enter. Although showcasing wildlife at its most ridiculous, the competition aims to shed a light on the serious issue of wildlife conservation.

Partnered with the Born Free Foundation – an organisation campaigning against wild animals in captivity – it’s a photography competition with a purpose.

“Every year we do this competition, it gets more and more exciting seeing how people visualise the funny sides of wildlife in the wild,” said Paul Joynson-Hicks. “Each year we see a wider variety of species doing funny things, whether it’s a very naughty penguin (which had my kids rolling around the floor in hysterics) or dancing lions, a chillin’ chimp or even bee-eaters having a shouting match–they’re hysterical.”

This year the competition is promoting how to be a “conservationist at home”, with three key points:

This year’s top finalists include a damselfly giving a cheeky wave, and a chilled out baby chimp! Winners will be announced on the 13th November, with the Overall Winner receiving a one-wee safari in the Masai Mara with Alex Walker’s Serian. A People’s Choice Award is also up for grabs, with members of the public voting on their favourite photo. Their new book, The Comedy Wildlife Photography Awards Vol. 3, is also available to pre-order now.

Check out a selection of finalists below, and visit the website to view them all.