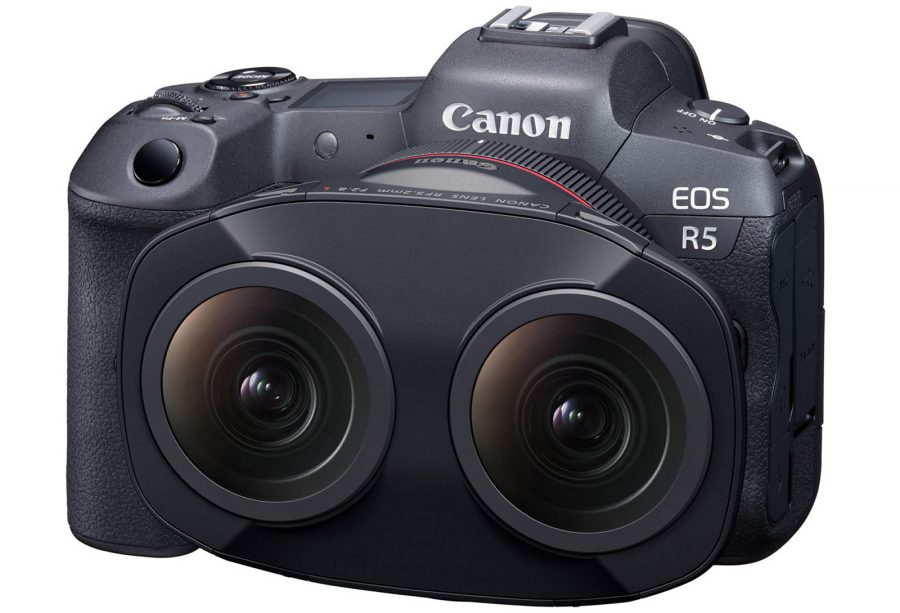 As an RF mount lens, it is clearly designed to work natively with Canon’s mirrorless camera line up. It seems that Canon has primarily the R5 in mind as the main body for the new dual fisheye lens.

Along with the lens, Canon is rolling out an R5 firmware update that will support brand new VR caption functionality. 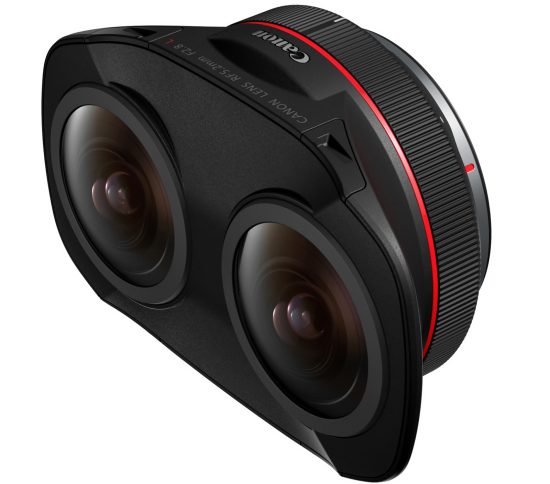 The EOS VR system stands out as a breakthrough in VR stereoscopic video capture and processing, as the integration of the R5 firmware will allow for left eye and right eye VR video capture onto a single sensor, eradicating the need for post-process image-stitching.

The new lens is a part of Canon’s L-series line up, meaning that the optics are of the high standard that is now expected of the “red ring” lens collection.

The dual lenses are set at a distance of 60mm apart, in order to mimic human pupillary distance.

This is a “natural parallax that closely resembles human vision”, claims Canon.

As with many Canon L series lenses, the dual lens is dust and water sealed and has a fluorine coating to protect the lens in even the most challenging of shooting conditions.

The lens has a wide aperture range of f/2.8- f/16, with a close focal range from 7.87 inches to infinity. As the front element is so wide (with an actual 190º field of view), front filters are not an option.

So, Canon has built a gelatin filter holder into the lens, which allows users to slide gel filters to be used in bright or challenging environments, without needing to close the aperture. 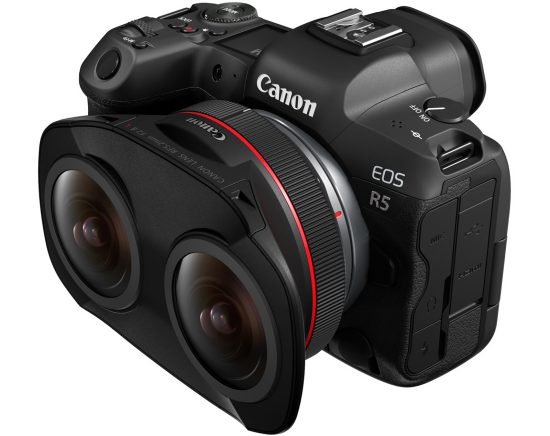 Users can choose resolution and formats before exporting, making them readable and viewable on VR devices, specifically the Oculus Quest 2.

The software will apparently be available in both a standalone form and as an Adobe Premiere Pro plugin.

The new lens is available for pre-order from most retailers, with Canon promising shipping in late December 2021 for $1,999.

The EOS VR software will reportedly be released at the same time. As of yet, details of pricing have not been announced, other than that it will be subscription-based. This is much like many other media editing software, such as the Adobe Creative Cloud.