Bees Sleeping in Flowers is a Heart-Warming Sight 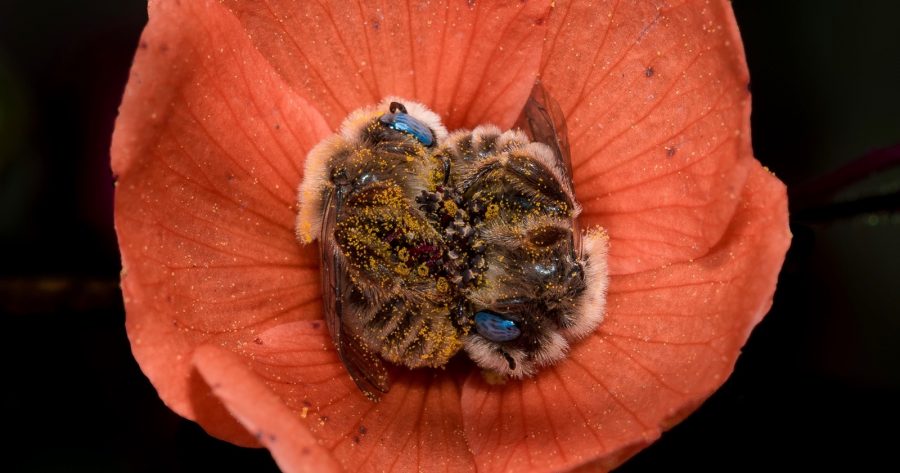 In the unlikely event that you think the decline of bees isn’t a cause worth fighting for, then these photos of bees fast asleep in flowers will fast change your mind.

Captured by wildlife and landscape photographer Joe Neely, the images generated a buzz for this peculiar bee behaviour. Pulled up at the side of a whizzing motorway, Joe and his partner Niccole stopped off to shoot some blooming flowers. 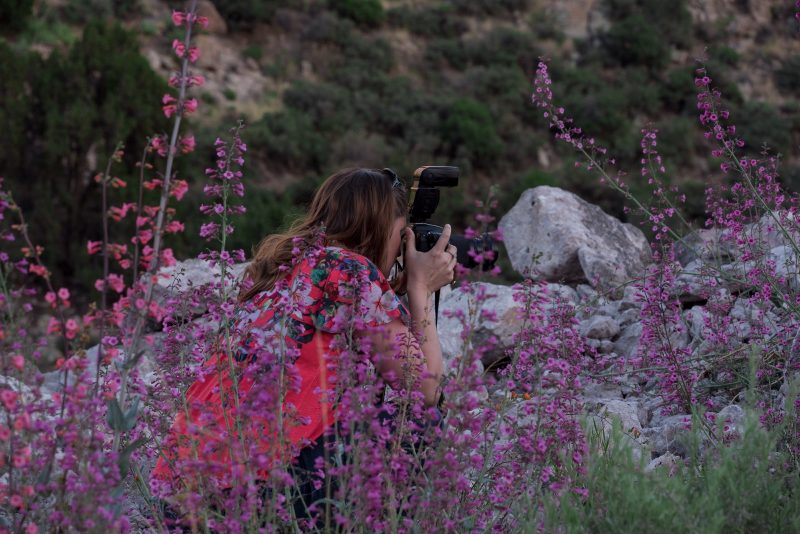 As bees danced from flower to flower, Niccole noticed that some weren’t flying at all – they were, in fact, taking a productive power nap wrapped up in the soft, orange petals.

“I came over and study it for a while and more bees showed up,” Neely told Bored Panda. “Soon, all the vacant flowers were occupied and this one bee was left out. She crawled over to this open flower and got inside with the other one. I was watching as he stumbled around almost drunk-like and then got settled in.” 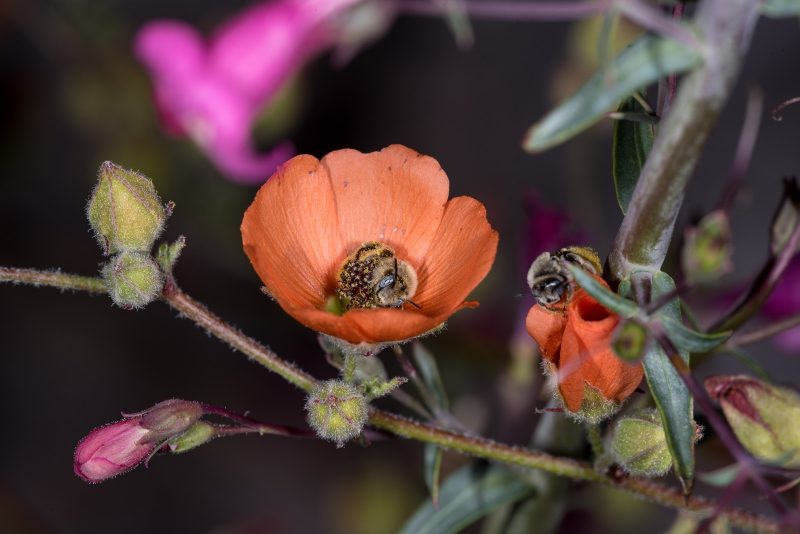 Without hesitation, Neely did what all good nature photographers would do and whipped out his Nikon D750, equipped with a 150mm macro lens, and R1C1 Nikon macro flash. Snapping away, he captured a short series of the spooning, insect couple.

The bees in slumbering question are in fact globe mallow bees, or Diadasia diminuta. Unlike the well-known honeybee, they are a solitary species, and collect pollen specifically from the globe mallow flower. They use the pollen collected to turn into a “loaf”, which they then use to feed young stashed away in individual nests. 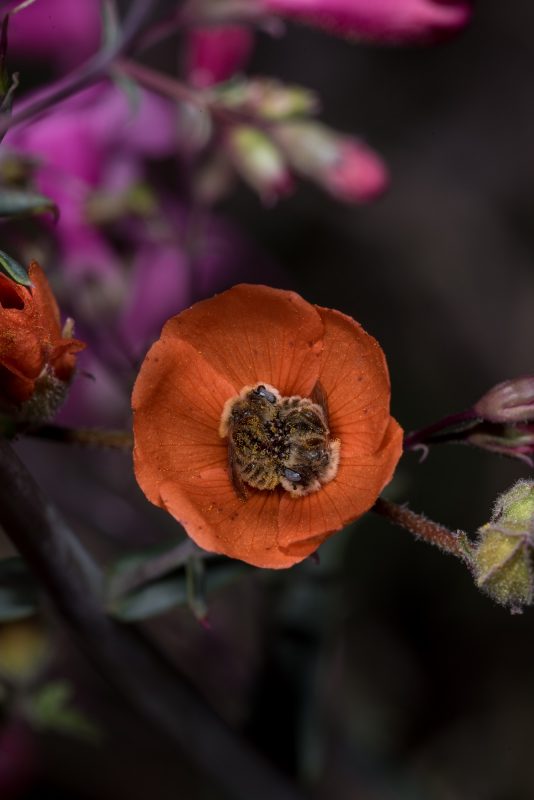 These nest entrances are surrounded with a chimney, of which the purpose is uncertain. Whether to keep out soil and rain, help them recognise their own nests, or keep away predators, the globe mallow bee is certainly a unique and fascinating species. 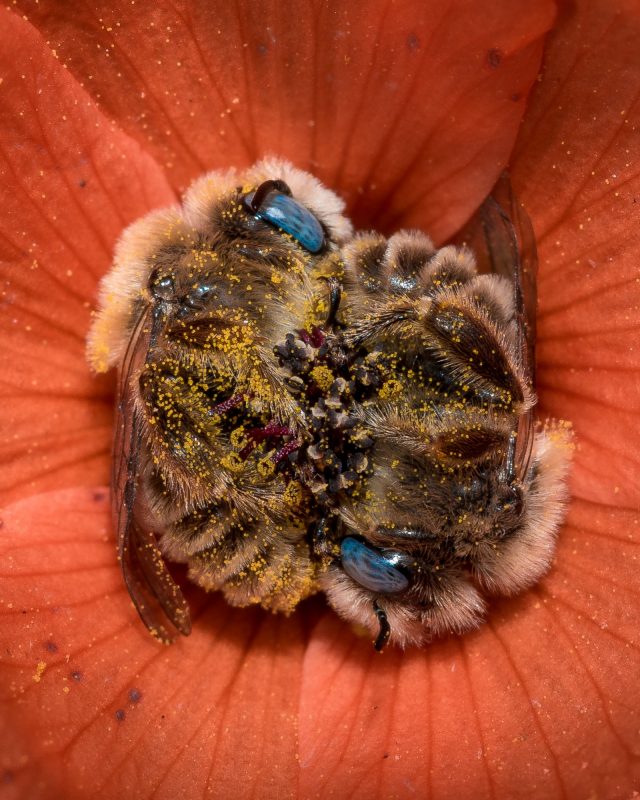 To purchase a print, visit Joe’s page, and be sure to check out his Instagram.