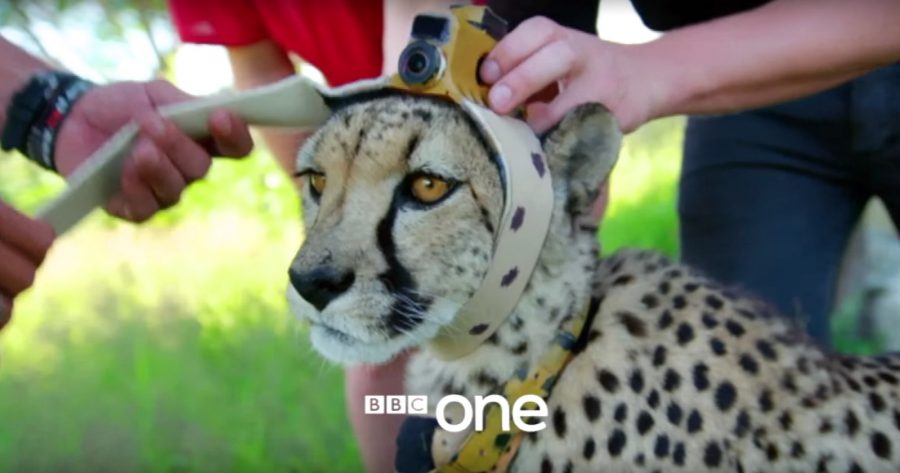 Once again the BBC are about to show off their innovation and creativity in the world of wildlife film. In a new 3-part series, Animals with Cameras, the camera is put in the hands, wings, claws, and fins of the stars. This will give a very unique peak into their lives.

Coming to our screens this Thursday, Animals with Cameras is fronted by BBC wildlife cameraman and presenter, Gordon Buchanan. The series is also the first primetime natural history program to be written and directed exclusively by women.

The cameras in question are of a miniscule size, and are attached to the animals before releasing them back into the wild.

However, attaching cameras to wild animals was (predictably!) not without its challenges. Director Anne Sommerfield told The Guardian “there were many sleepless nights for Chris Watt, who made the cameras and modified or repaired them in the field.

“He made 66 cameras – more than half of them were lost or broken by the animals.”

Swinging through trees, diving nose first through the ocean, and sprinting across the African savannah, these tiny pieces of technology are pioneering scientific discovery for some of the world’s most well-known species.

The idea arose after the BBC conducted lengthy discussions with scientists eager to gain a level of previously unseen insight into the natural world. During filming, several film-making firsts were made, including a gull thieving fish from a penguin’s beak underwater, a camera mounted to a cheetah for the first time ever, and a chimp gathering water to wash its own hands.

The first episode centres on wild meerkats in the Kalahari Desert, showcasing footage of newborn pups in a burrow – another first for wildlife film.

Jetting to Cameroon, host Buchanan then meets up with scientists attempting to reintegrate a four-year-old orphan chimp into the wild. Finally, heading to Argentina, the crew attach cameras to penguins for a 200 mile adventure out at sea.

For more info on the series, check out the BBC page, and make sure to tune in this Thursday on BBC One at 8pm (UTC)!