‘Dance of the Termites’ by James Gifford 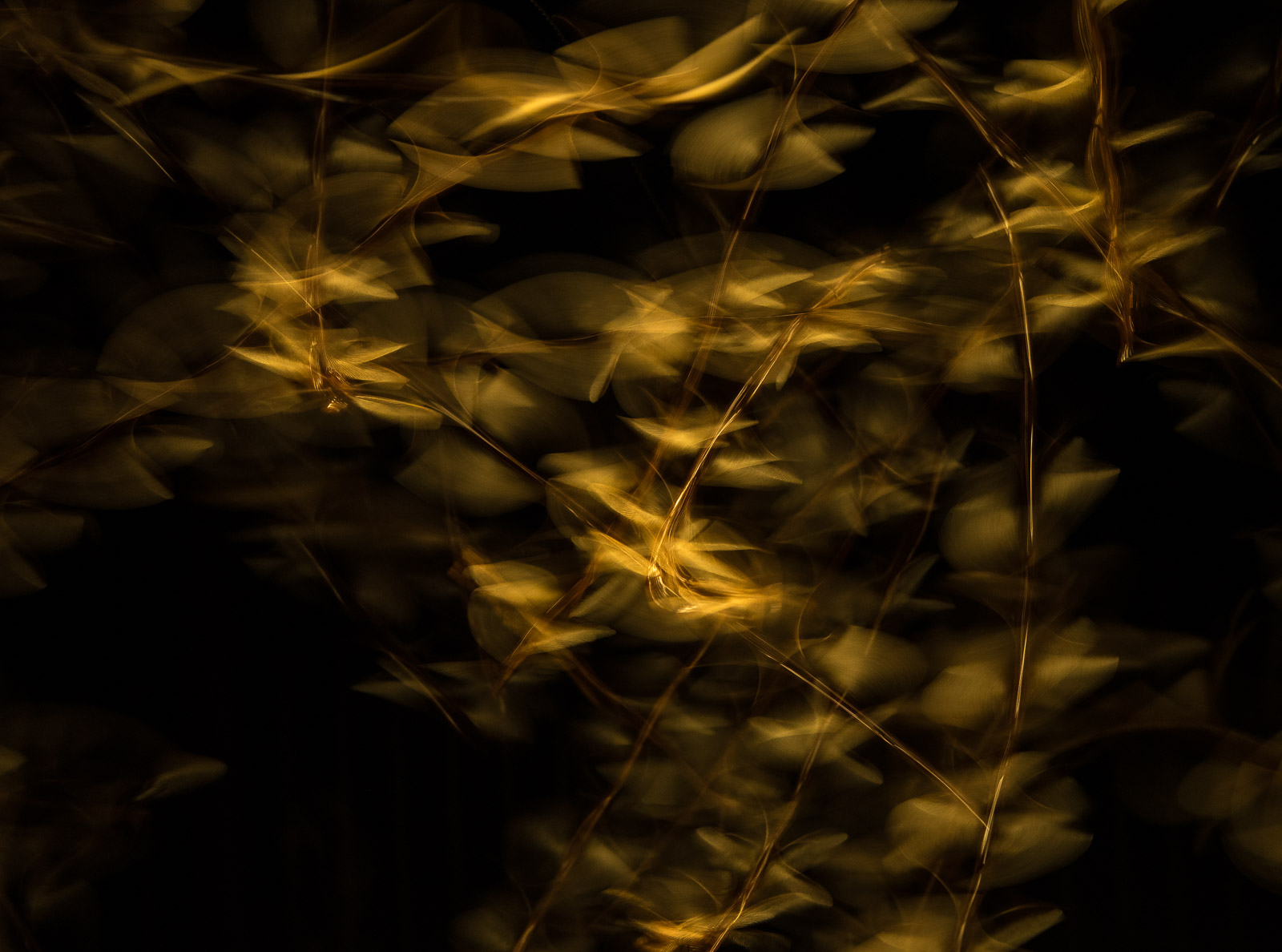 Every year after the first rains, the future kings and queens of fungus-growing termite colonies leave their nest on a nuptial flight. They lose their wings minutes later and most will fail in their quest to start a new colony. The flight only happens for a day or two per year and its timing is dictated completely by local rainfall.

The termites from this colony were attracted to a light, but after taking several shots, I realised that I could only capture the effect of the swarm by using a slow shutter speed and gradually panning with the flight of the insects.

As they were all moving in different directions, I had to take hundreds of shots to capture what I wanted. It was tricky focusing on composition, having to pre-focus and wait for a termite to fly into my focal plane. Meanwhile, I had many termites crawling all over me, but it was worth it in the end. 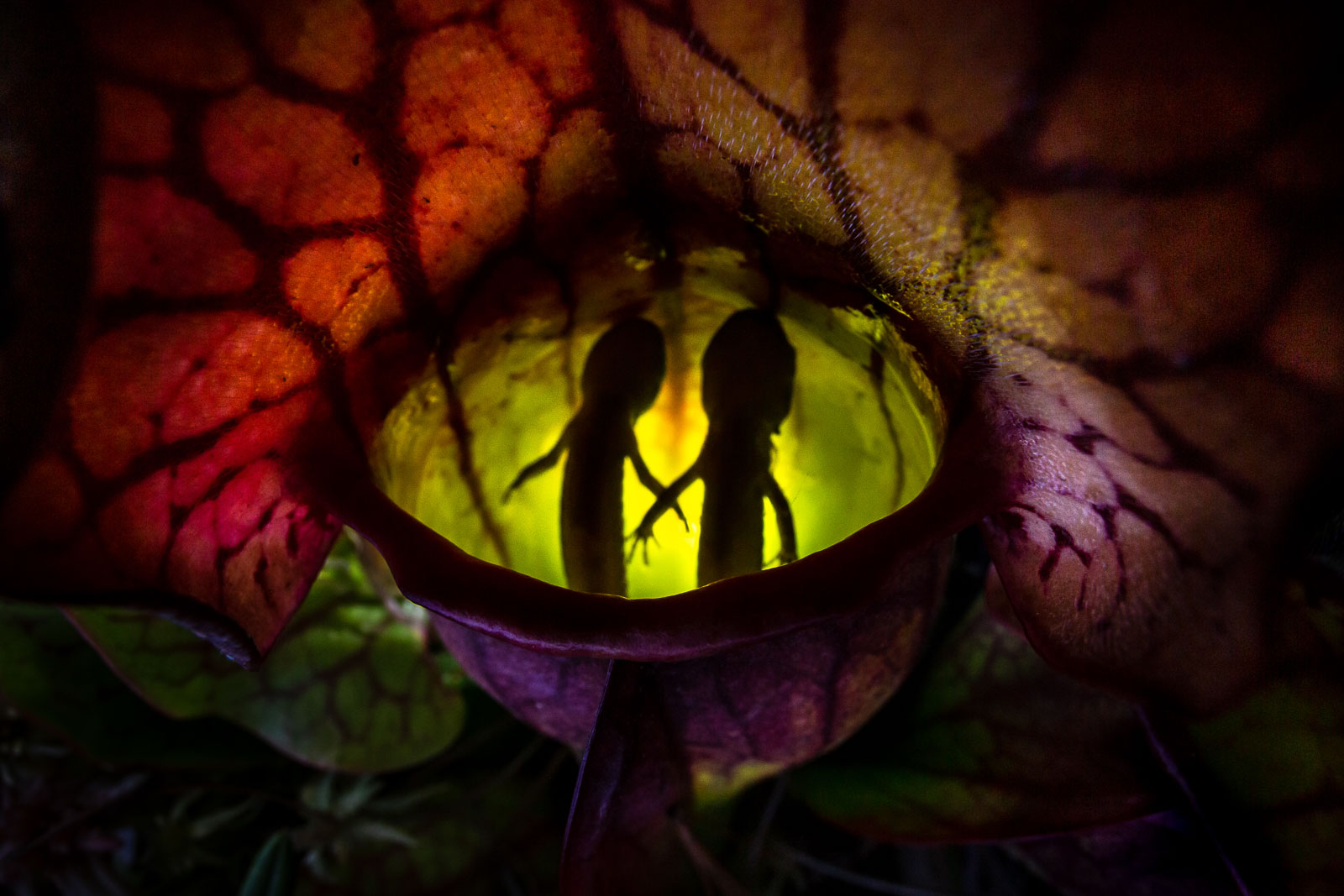 Researchers at the Algonquin Wildlife Research Station recently discovered that juvenile Spotted Salamanders (Ambystoma maculatum) are being trapped by Northern Pitcher Plants, as they make their fall migration from aquatic hatching grounds across a bog mat to find over-wintering sites beneath the forest floor. This is the first discovery of salamanders being regularly caught by Northern Pitcher Plants (Sarracenia purpurea)—and more than 20% of the plants in this Algonquin Park population are capturing salamander prey!

This phenomenon has not been recorded for any other population of Northern Pitcher Plants. What researchers haven’t figured out yet is how the salamanders are becoming trapped. Although many pitchers lie flush with the surface of the bog mat, ready to catch those that take an unlucky step during their journey, some pitchers stand erect, almost 15 centimeters above the moss. Spotted Salamanders have long been recognized as important nutrient cyclers, and this discovery expands our understanding of that role.

On the day I made this image, I was following researchers on their daily surveys of the plants. Typically, pitchers contain just one salamander prey at a time, although occasionally they catch multiple salamanders simultaneously. When I saw a pitcher that had two salamanders, both at the same stage of decay floating at the surface of the pitcher’s fluid, I knew it was a special—and fleeting—moment. The next day, both salamanders had sunk to the bottom of the pitcher. 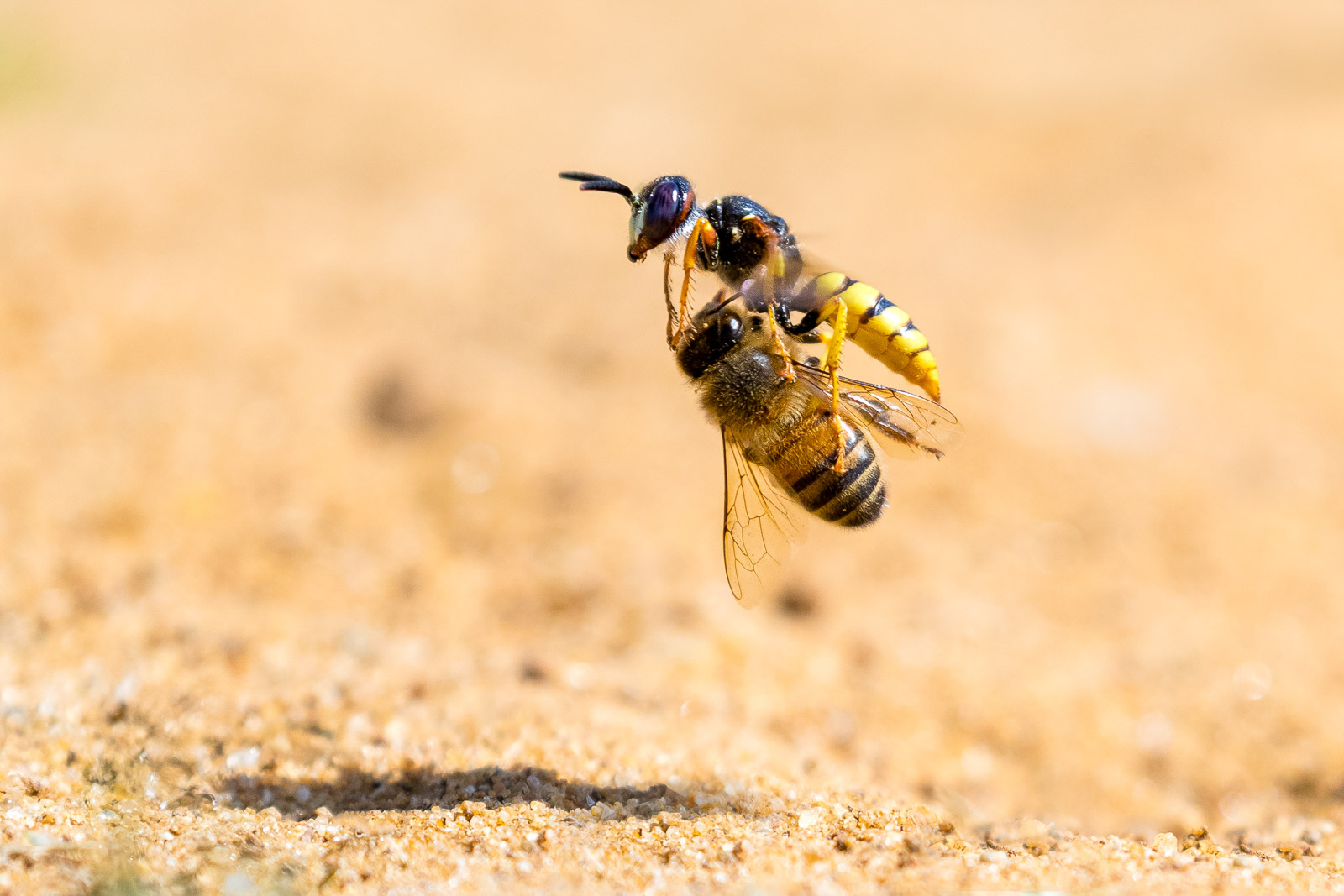 The bee wolf is a solitary wasp, and predates on honeybees. In this image, you can see the wasp carrying away its unfortunate prey. 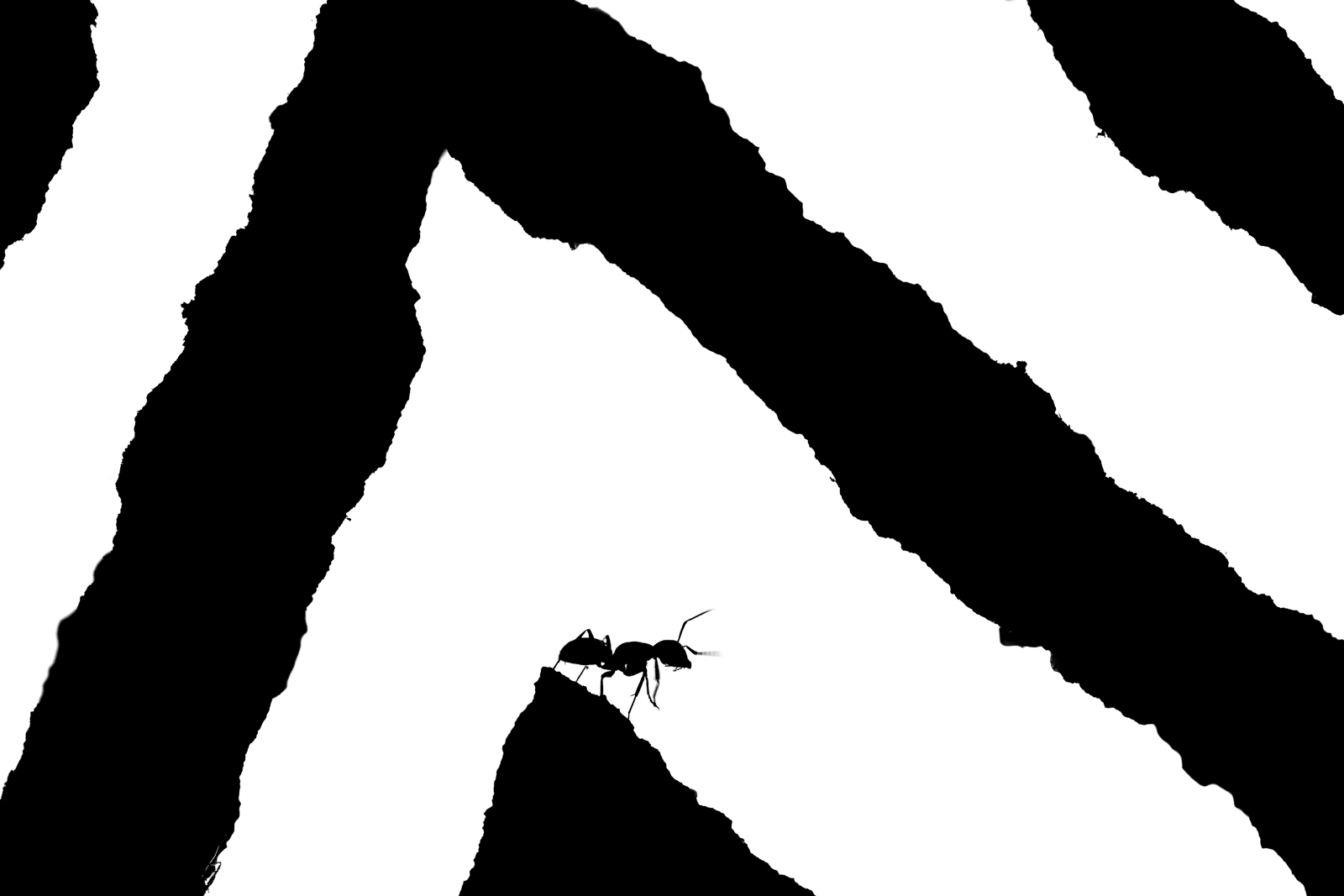 I made this photo in my garden. The support is the bottom of an old flowerpot. During the shooting I also made overprints, directly on the camera.

‘The Weaver’ by Ben Nicholson 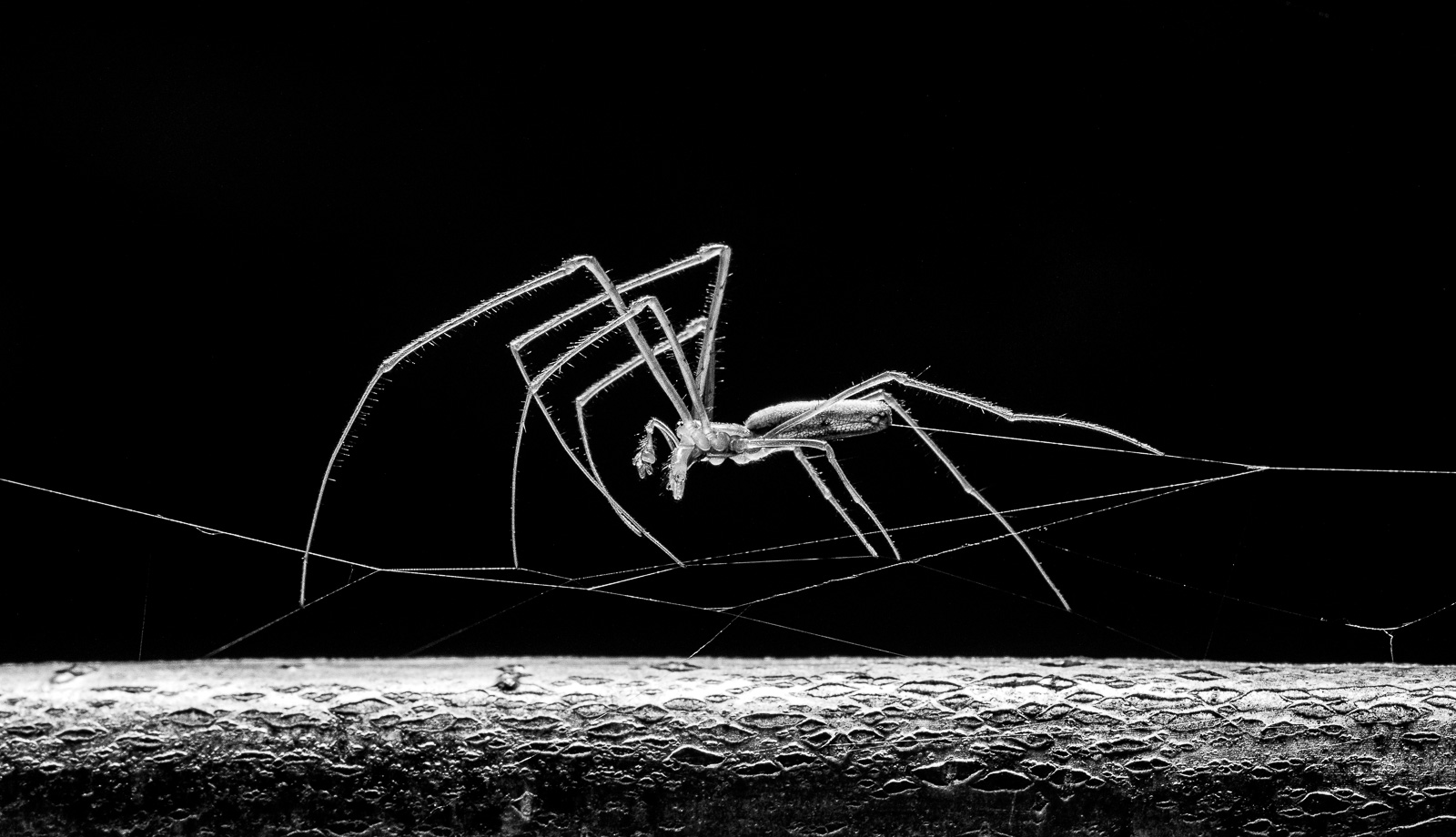 After recently shedding its skin, I watched this spider begin to weave its new web. I used a flash to isolate the background and illuminate its semi-transparent exoskeleton 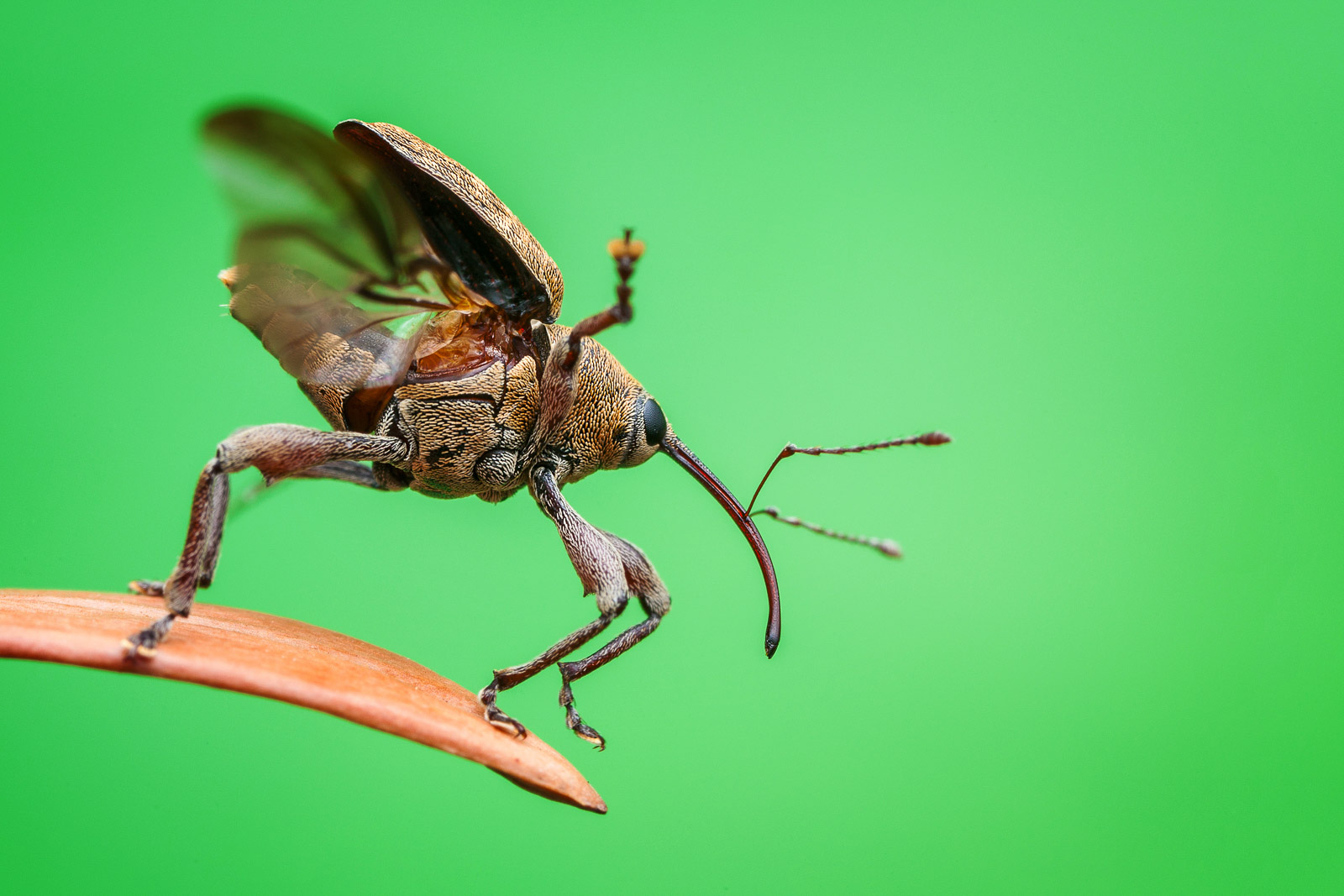 An acorn weevil (Curculio glandium) spreading its wings, ready to take off.