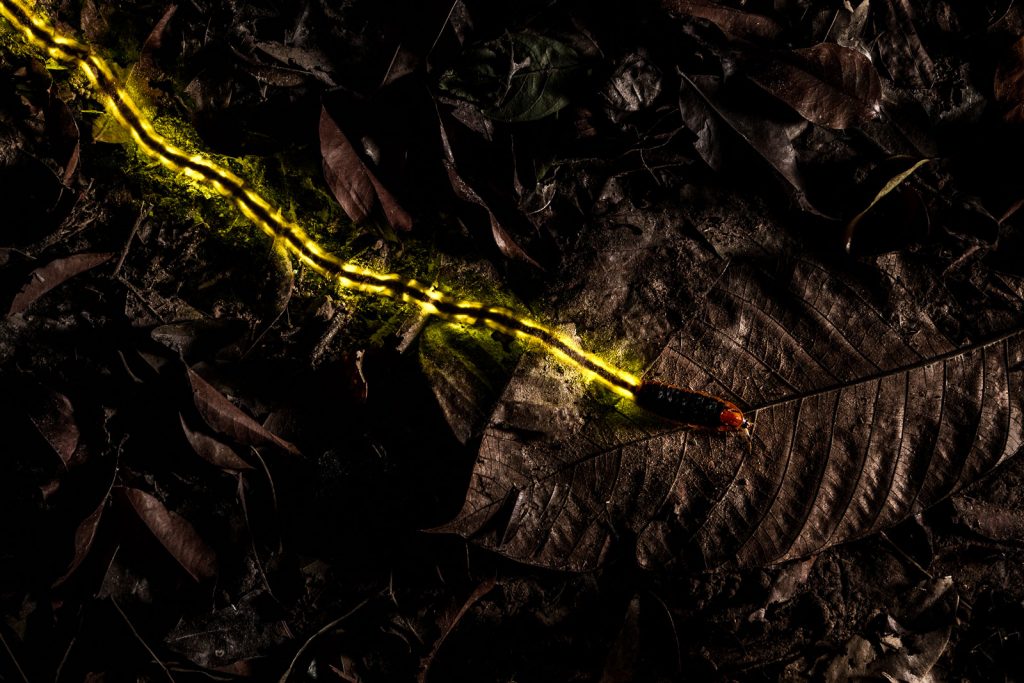 It was past midnight in the forest of the Peninsular Botanic Garden (Trang, Thailand), but a light still shone in the dark. A large firefly larva (Lamprigera sp.) emitted a constant glow from its light organs.

I wanted to capture the scene in a way that celebrated its bioluminescence, and decided on a long exposure with rear-curtain flash. The shot had to be made in near-total darkness, which meant I had to estimate the position of the firefly larva in the frame.